11 Sep 2005
Tilleda
The photos show some reconstructed wattle and daub houses from the 10th century. There are exhibitions and old tools in all of these. Well, except one which houses a surprisingly modern variant of toilets. 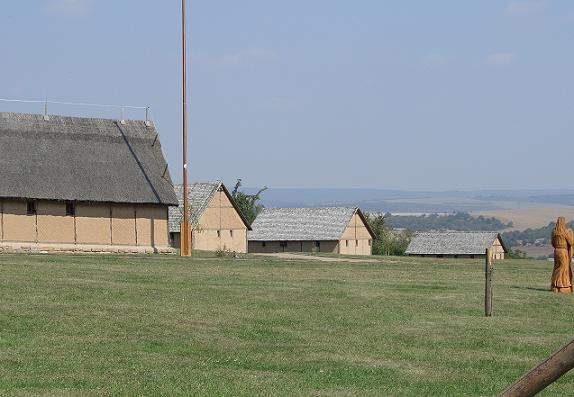 The buildings are part of the palatine castle complex of the open air museum Tilleda that shows a - partially reconstructed - Medieaval palatine castle. The main hall and the chapel were separated from these houses by an additional wall. Not much is left of these; reconstruction is still going on. There were more houses in the area between the outer wall and the castle proper than have been reconstructed. 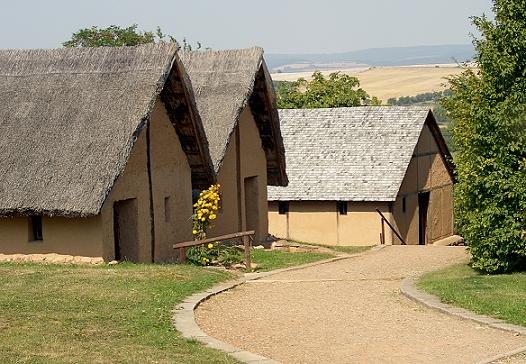 A street in the outer bailey
In the 10th century when Tilleda was in its bloom, more than a hundred people must have lived within the walls and thus under the protection of the castle. They lived there all the time, while the kings and emperors visited Tilleda only a few times over the years.  ¶ September 11, 2005