17 Sep 2012
Hutewald in the Solling
A tour with my work colleagues led us to the Solling Nature Park. There is an area where it is attempted to reestablish a historical wood pasture like it was common since the time of the German tribes and esp. in the Middle Ages. The grazing animals would keep the tree shots short so that fewer trees reached a considerable height, and the sunlight could reach the ground. 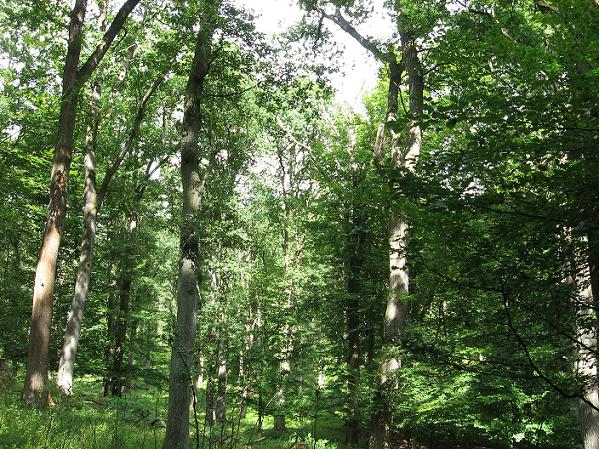 Those pastures are called Hutewald. There are also more oak trees than in most German forests where beech is the dominant tree (except for the higher mountains with mostly needle trees). During the Middle Ages the more resistant beech had replaced oaks as the dominant tree.

There was no clear border between land for grazing and the forest like it''s common today. The forests around settlements must have looked a lot like this at the time of Arminius. 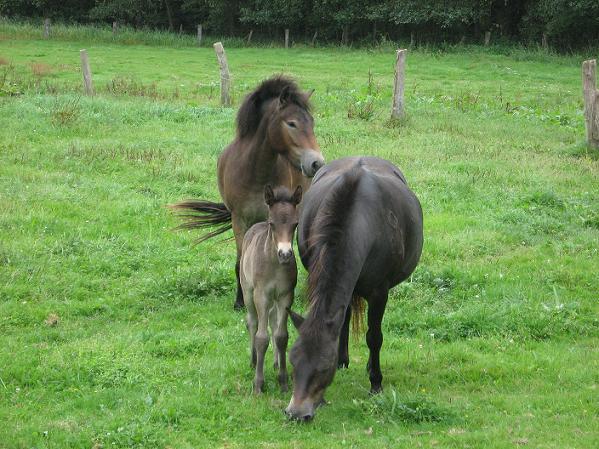 Exmoor Ponies
To recreate a wood pasture, you need animals that will eat not only grass but leaves and shots. Exmoor ponies turned out to be quite fond of beech leaves, though the chaps here had a dish of grass when we arrived. 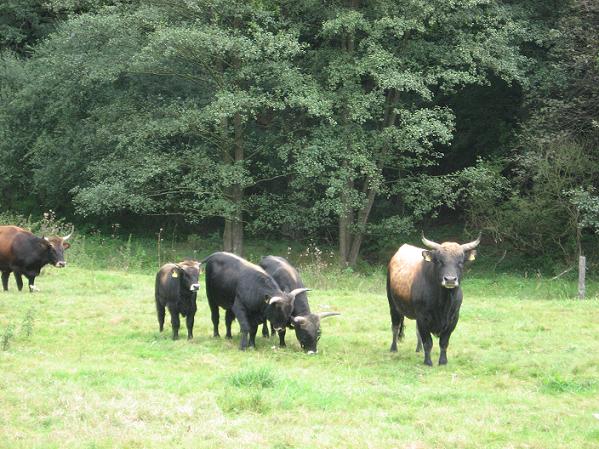 Aurochs rebreeds (Heckrinder)
The ponies didn't mind getting close, but the big boys on the photo above kept at distance. They are an aurochs rebreed, a cross of several races of cattle that comes somewhat close to the look and properties of the extinct aurochs by now. Though they've still not reached the original size by at least half a metre, the bull does look impressive. 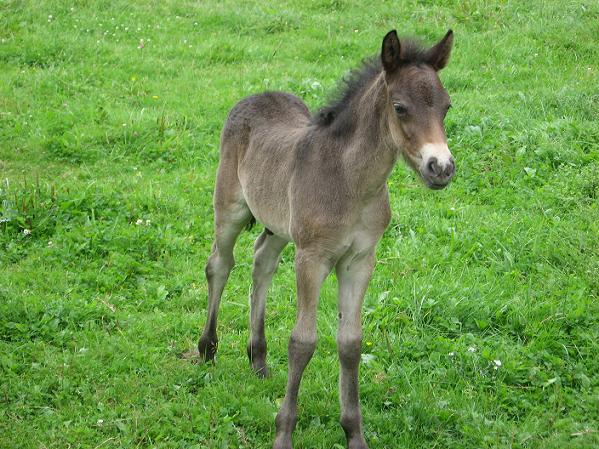 Exmoor Pony foal
Further attempts to refine the breed are made (for example they're a bit on the slim side and need to come out more rounded). The excess oxen are slaughtered; they give a very good meat.
¶ September 17, 2012

Comments:
Very cool that they are trying to recreate the Auroch!

As a wargamer, I'm very interested to hear about the forests. Need some model beech trees...

Interesting to read about creating a woodland as it once was. I loved the ponies! Exmoor ponies are hardy animals.

Simon, moodel beeches, oaks, birches, hazel, a few linden, ash and yew, some hornbeam near the settlements; willows and alder along rivers, and for the mountains pines, larch and spruce. That's your average mix of a German forest around AD 9. Talls could be found only in southern Germany, elms were very rare and chestnut and walnut weren't around yet.

Thank you, Anerje. Yes, the ponies are hardy, staying out all winter.