24 Dec 2007
Happy Holidays
I wish everyone a Merry Christmas or whatever way you celebrate the return of light.
Read more! ¶ December 24, 2007 9 comments

20 Dec 2007
Mithras Altars in Germania
I have mentioned that Mithras slaying the primordial bull is part of the Mithras cult, and that many altars in the mithraea show this scene. Below is a particularly beautiful Mithras altar from the museum at the Limes fort Osterburken in Germany. 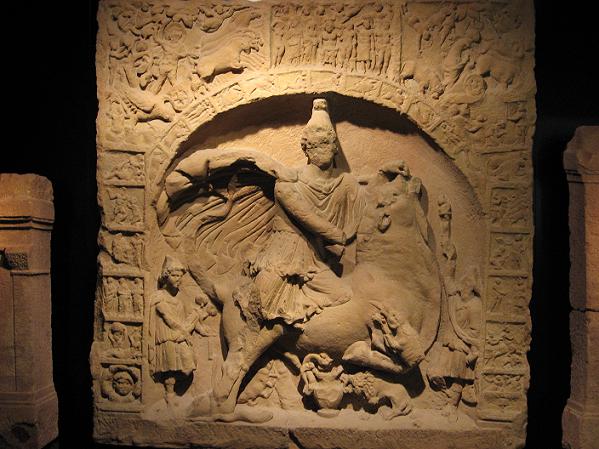 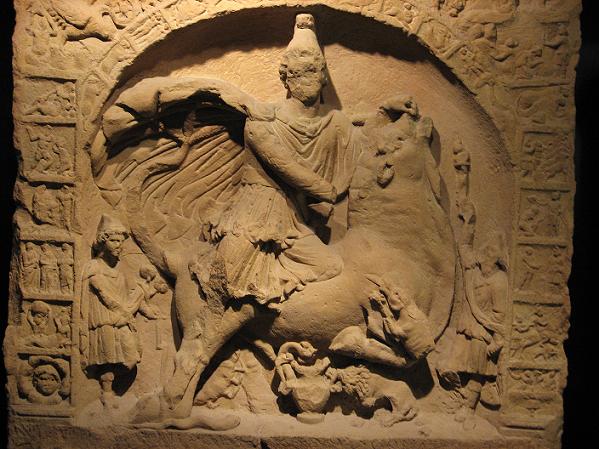 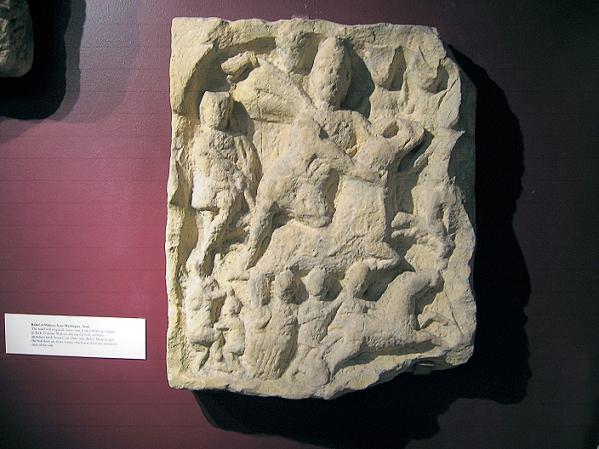 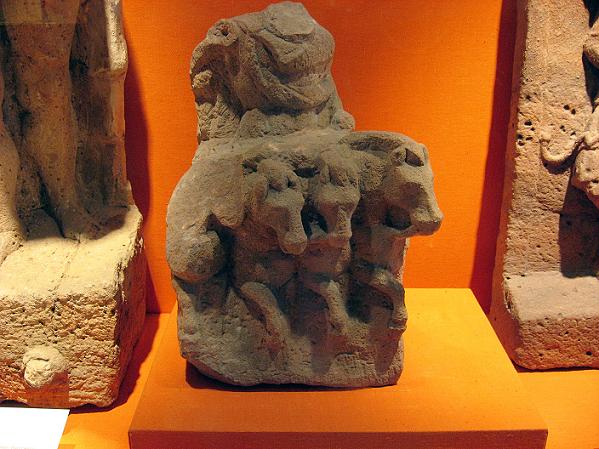 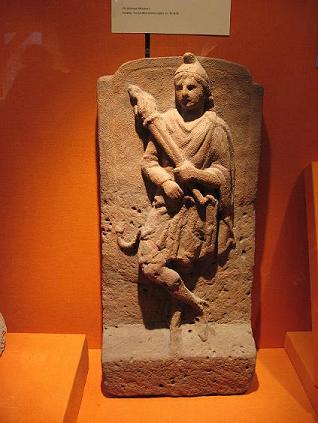 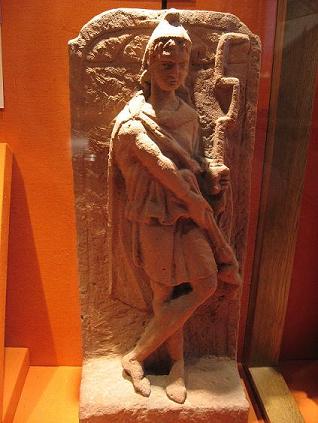 Like most other Roman forts in the 2nd and 3rd centuries, the Saalburg must have had a mithraeum, but it's not known where it was situated. We know today that the structure labeled as mithraeum has been misinterpreted, probably because the people involved with the Saalburg excavations and reconstruction wished to have a mithraeum in the 19th century. Judging from other places like Brocolita, it might well be somewhat further from the fort than first thought - somewhere in the woods, hidden even to aerial photography.
Read more! ¶ December 20, 2007 12 comments

11 Dec 2007
Will They Ever Learn?
Dear director of that German TV documentary about the Germans and Rome, this is a Roman saddle. 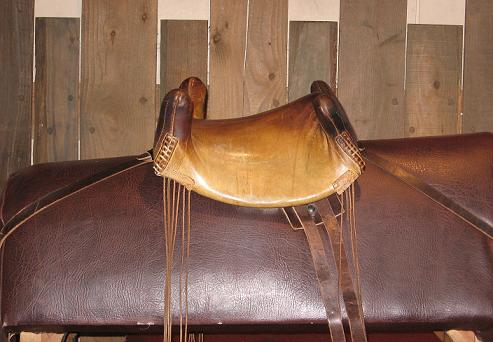 7 Dec 2007
A Note on handgenginn maðr
A handgenginn maðr is closer to his king than a vassal, but of higher status than a retainer. He usually stays in the king's entourage while a vassal holds a fief and only serves at court during given times; though sometimes a handgenginn maðr would be sent off onto a mission. On the other hand, the handgengna menn were held in high respect for their choice, and a king who could claim many of them was considered a good and successful king. The process is called ganga til hands and is a mixture of elements also found in the investiture of a vassal and special traits. It is a typical Norse institution, not to be found in England, Germany or France.
Read more! ¶ December 07, 2007 2 comments