3 Sept 2018
Drinking Water for Central Germany - The Rappbode Reservoir in the Harz
During one of our Harz tours we crossed the dam of the Rappbode reservoir and stopped, so that I could take a few photos. But there are no legends about princesses in caves this time, and the lake is sadly lacking in monsters as well; it's too modern for that. 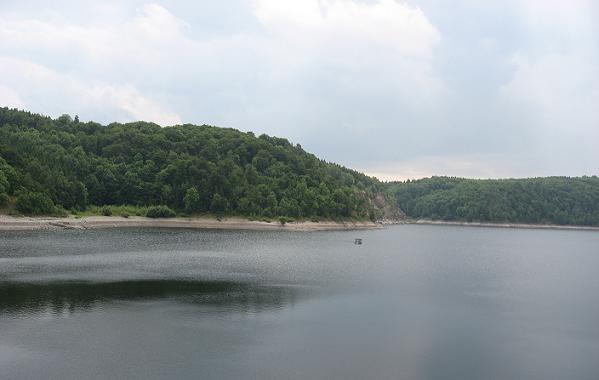 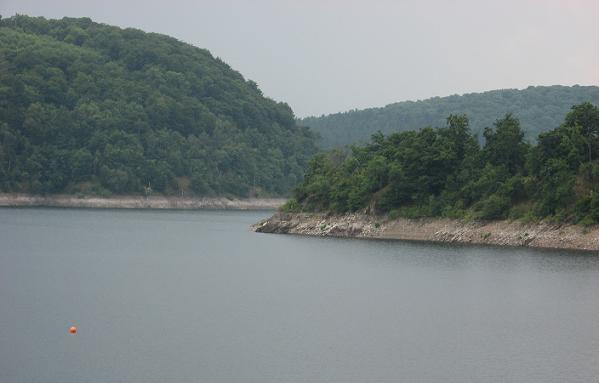 Zoom to the other shore
The Bode valleys are very deep and narrow. Melting snow and rain in spring have led to more than one severe flood; the last one in 1926, causing great damage to the villages in the valleys. The first idea to regulate the floods by a reservoir dates to the mid-19th century. Those plans presented one large bassin that would have flooded part of the upper Bode valley and destroyed some of the famous rock formations. Later plans involved a system of bassins, not much different from the modern system, but lack of money - mostly due to the two World Wars - put the effort off several times. 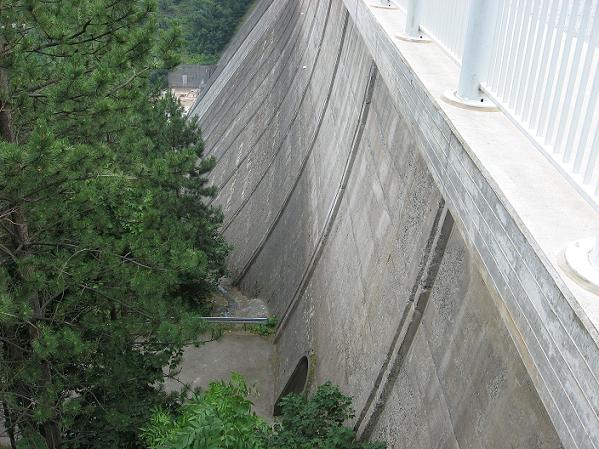 The dam
The Rappbode dam has a base of 800 metres and a height of 106 metres, making it the highest reservoir dam in Germany. Its crown is 415 metres long. The content of the lake at maximum filling are 109 million cubic metres; the water surface is about 390 hectares. 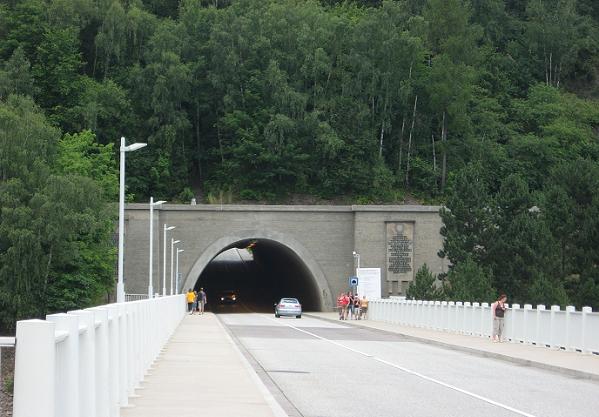 On the dam wall
The main function of the reservoir is the production of drinking water for central Germany - 250,000 cubic metres a day. The reservoir also serves as flood protection and provides raw water for industry and agriculture. Both the Rappbode reservoir and the Wendefurth retention bassin generate electricity by a pumped storage hydroelectricity plant and turbines. The lake also offers fishing of eel, pike, carp, trout, perch and more. 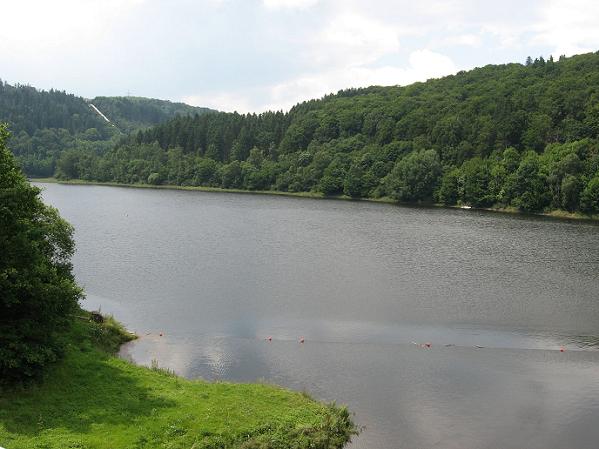 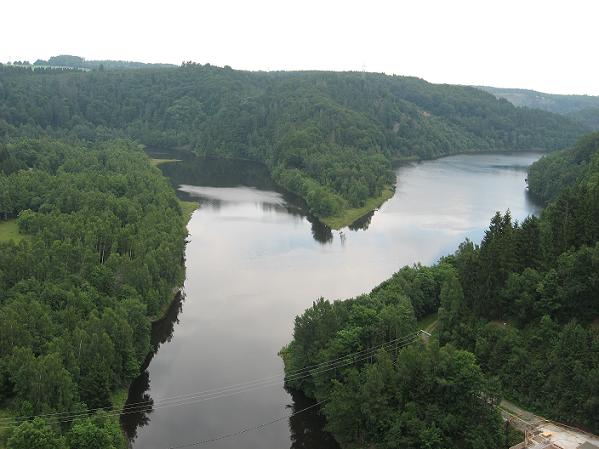 Wendefurth lake, wide view
A zip line across the Rappbode lake has been set up reccently, as well as one of the longest swing bridges in the world (483 metres). Those had not been installed when we last visited, but it's just as well since there were less tourists around, and I would not walk across a swing bridge a hundred metres above the lake anyway.
¶ September 03, 2018

Those photos' are worth a few monsters.

Hank,
since monsters take a few centuries to grow, there'd only be some baby monsters lurking under that grey surface. :-)