2 Aug 2011
Akershus Fortress Part 2 - The Fort at the Time of King Håkon V
Akershus Festning is situated on a little salient in the Oslofjord. Today, the town envelops the shores on both sides and the hinterland, but in the 13th century, it was a place that could be easily defended. Akershus was built of stone and bricks from the beginning, not of timber like Vardøhus, but much of the original buildings are either gone or have been changed during time (the north wing is the oldest part of the palace). Some parts of the inner defenses still date back to the late 13th / early 14th century, like the Jomfrutårnet (Virgin's Tower) and the partly reconstrcuted Knutstårnet (Knut's Tower).

Akershus is first mentioned in a charte dating to 1300, and thus it's assumed the fortress was built shortly before that date. Maybe Håkon V had it started already while he still was duke. 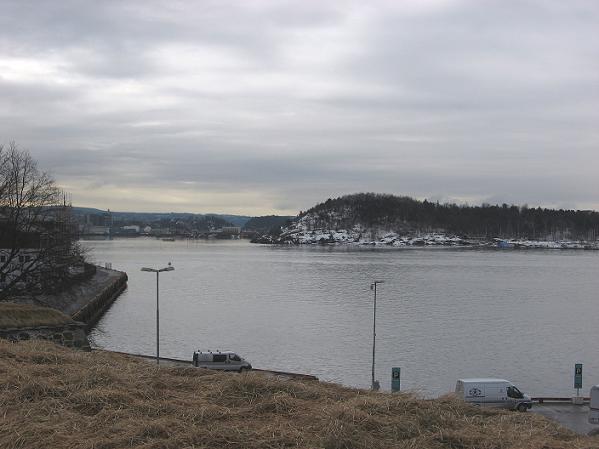 View from the bastion walls to the fjord

It didn't take long for the place to see its first siege. Ok, this is getting complicated again; kings should not produce three sons, that only leads to trouble. But the King of Sweden, another guy called Magnus, did, and the two younger brothers promptly didn't get along with the eldest. So Erik and Valdemar fled to Norway while the oldest, Birger, found an ally in his brother-in-law King Erik VI of Denmark - not the Coin Clipper but his son. King Håkon gave Erik, who was Duke of Södermanland already, the lands of Kungahälla (the place is today in Sweden) and promised him marriage to his daughter, named Ingeborg like so many girls of the time, once she came of age.

In 1306, Erik and Valdemar snatched their brother Birger during a feast in Sweden (later know as the Håtuna Games) and threw him into the dungeon in Nyköping. But alliances shifted and things turned against Erik and Valdemar. In 1308, King Håkon was at the side of King Birger of Sweden who had been released from captivity, claimed Kungahälla to be returned to him and refused to marry Erik to Ingeborg. From what I could find out, it seems that Erik had played the game of shifting alliances as well, and made peace with King Erik of Denmark behind Håkon's back. But now it was Erik of Denmark and Håkon of Norway against Erik of Södermanland and Valdemar, with Birger watching from the stands.

Erik laid siege to Akershus at some point during the war, but his troops were defeated by a Norwegian army. Though overall Erik was able to ride out the storm without too many losses, and in 1310, there was peace again. What consisted as Sweden at the time was more or less divided between the three brothers.

Despite the war, despite never having returned Kungahälla, breaking almost all promises to Håkon and for some time having been betrothed to another woman, Håkon agreed to the marriage between his daughter (who was 11 at the time) and Erik in 1312. Makes you wonder about politics. 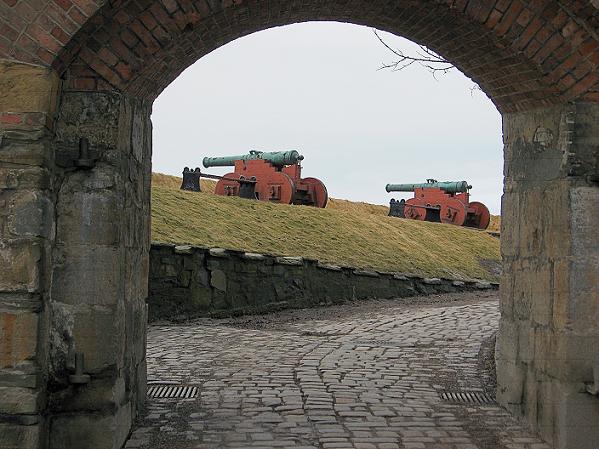 Munk's gate (dating to the Renaissance)

It was a double marriage: Erik married Håkon's daughter, while his brother Valdemar married the daughter of the late King Eirik, Håkon's brother, another Ingeborg. Sorry, I didn't name the lot. ;) To make it a bit easier, one was named Ingeborg Håkonardottir and the other Ingeborg Eiriksdottir.

But there was not to be a Happily Ever After. A few years later, in 1317, their brother Birger, de jure King of Sweden, invited Erik and Valdemar to a Christmas banquet in Nyköping. There he had them put in chains and thrown into the same dungeon he'd been in, where they starved to death. Revenge best served cold and all.

But Birger had misestimated the political situation and the lack of support. The two Ingeborgs came swooping down on him with the followers of their husbands and chased him out of Sweden; his son got killed. Birger found an exile with Erik of Denmark, and Magnus, the son of Erik of Södermanland and Ingeborg Håkonardottir, was installed as King of Sweden.