28 Oct 2018
The Flint Fields at Mukran / Rugia
The formation of the island of Rugia began about 70 million years ago during the Cretaceous period. The area was a shallow sea in which the accumulation of exoskeletons of dead microorganisms over several million years developed a 400 metres thick layer of very fine limestone. In between the chalk, layers of flint formed. Flint is a sedimentary cryptocristalline form of quartz. Its mode of formation is still discussed; the most widely accepted hypothesis is that gelationous material, like the spicules of siliceous sponges, filled cavities in the sediment (holes bored by molluscs, for example) and later became silicified. 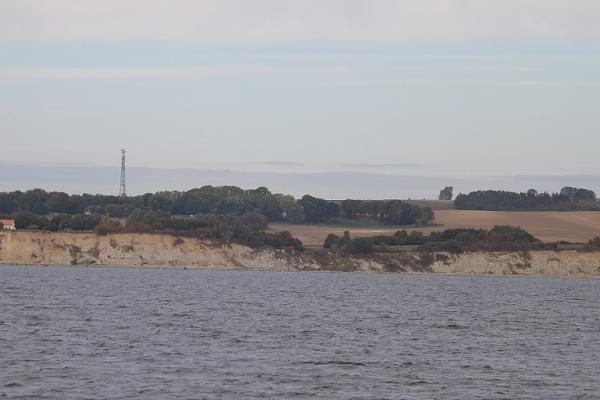 We have seen examples of the chalk cliffs of Rugia in this post. Those are the result of the earth movements during the last three Ice Ages when glaciers from Scandinavia pushed across the area of what today is the Baltic Sea. Those glaciers moved large amounts of debris which accumulated in moraines at their fringes. The pressure upon the ground, in this case the chalk, was so great that it bulged in the places not covered by ice, especially during the last Ice Age. Those bulges would become the core islets of Rugia (see map linked in the post). 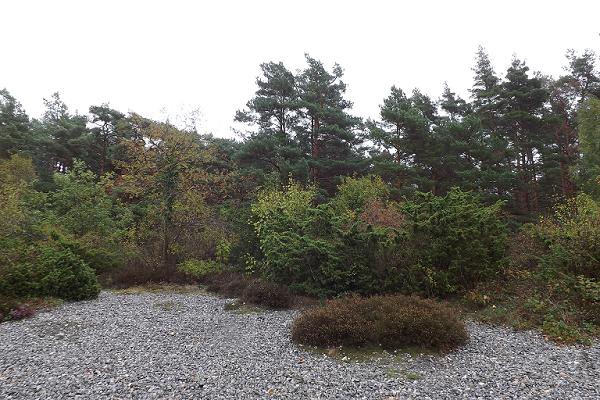 Northern end point of the flint fields
When the glaciers receeded, the Baltic Sea filled with meltwater (its detailed geological history can be found here) and wind and waves led to a process of erosion that formed the steep chalk cliffs and the sandy spits connecting the islets. As the chalk cliffs with their layers of flint stone eroded, the chalk dissolved in the water, but the flint was only moved during severe storms because the pebbles were heavier than the sand which formed the core of the spits. 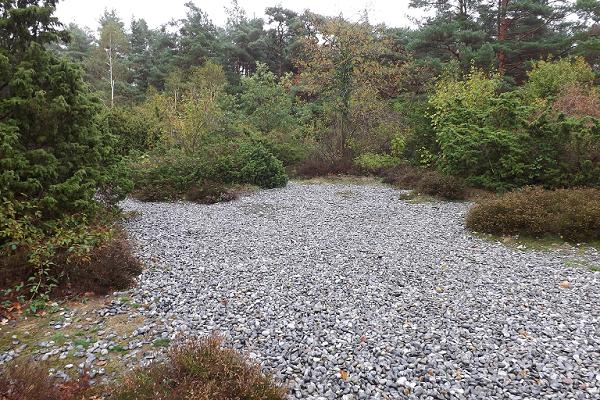 Flint fields at Mukran
Such great storms happened several times some 3,500-4000 years ago.The result were walls of flint (with some crystalline drifts of northern origin mixed in) that accumulated in the area where the Schmale Heide spit connects with the Jasmund peninsula. Originally, there were 14 flint walls of 1-4 metres height, running parallel to the coastal line. At the time they built up, those flint walls were the coastal line (and the Jasmund Botten a bay). The sea level was about 1.5 metres higher than today; it has sunk due to the ongoing rise of the land. 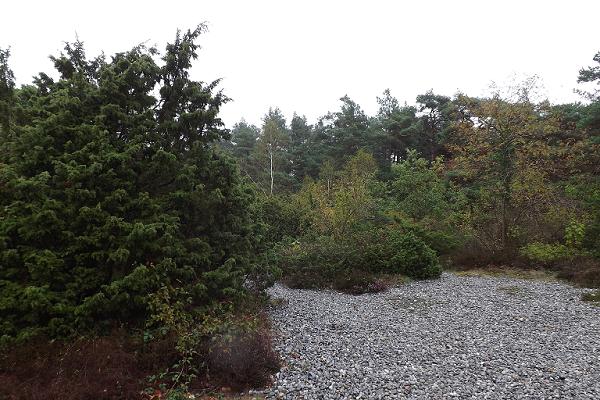 Flint surrounded by juniper and heather
The flint fields are about 300 metres wide and 2.5 kilometres long. The fields and the surrounding juniper heath have been turned into a natural preserve in 1935. The flint fields had been free of vegetation until the afforestation of the Schmale Heide with pines in 1840. What was meant to stabilise the sandy spit (and worked quite well on the other spit, the Schaabe in the north of Rugia) caused problems for the flint fields which were soon overgrown with juniper and heath. Nowadays, they are kept free again, but around the fields the juniper, holly and other shrubs as well as some heath remain, creating an interesting ecosystem. 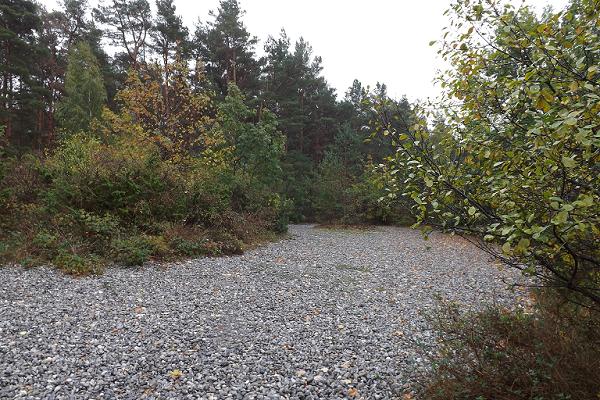 Flint fields
It is a nice hike to the flint fields, but unfortunately, I caught a really rainy day. The walk through the pine forest and juniper heath was still fine, but photographing turned out to be difficult without getting the camera wet, so I took only a few pics and didn't walk along the entire length of the fields. Well, compared to the midges that are said to abound in summer, the rain may have been the lesser evil.   ¶ October 28, 2018