3 Feb 2019
History of Rugia: Prince Wilhelm Malte of Putbus
I've already mentioned Prince Wilhelm Malte I of Putbus (1783 - 1854) in my prior post. He was the scion of the Slavic noble family of Putbus (the lords of Putbus trace their lineage to the 12th century) whose members had intermarried with the Swedish nobility since Rugia belonged to Sweden in the aftermath of the Thirty Years War (1648). His father was the Swedish Marshal of Court Malte Friedrich of Putbus. His mother was Sophie Wilhelmine von der Schulenburg, a German noble family who - going back to the 13th century - would rise to important positions under the kings of Prussia. Malte's grandfather Moritz Ulrich of Putbus already renovated the family palace and built a hunting lodge in the forests of the Granitz; his grandson would expand on those and found the town of Putbus around the palace. 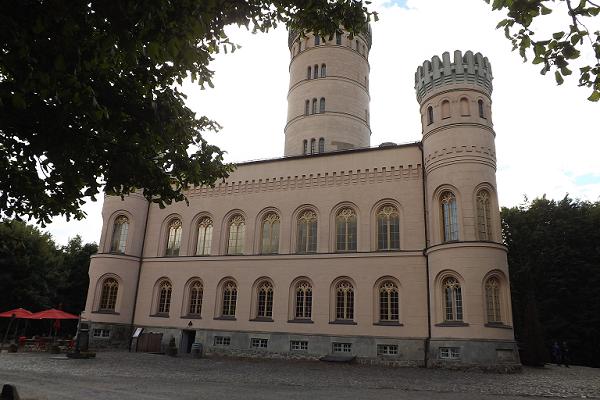 Malte, whose father died when he was three years old, studied at the universities of Greifswald (which is not far from Rugia) and Göttingen. In July 1800, he joined the Stockholm Life Hussars, two years later he was created chamberlain, and in May 1807, he was elevated to the rank of Prince by King Gustav IV Adolf of Sweden.

Malte must have been a skilled diplomat because he managed to rise under different kings. Swedish officers arrested King Gustav Adolf in a coup d'état in 1809, and forced him to adopt the French Marshal Charles John Bernadotte as heir; he acted a regent and became king in 1818. I don't know if Malte of Putbus was involved in that coup.

A few years later, Napoleon occupied Swedish-Pomerania and Rugia on his way to Russia (January 1812), which understandably angered Bernadotte - to the point that he opened up negotiations with Russia instead. He also nominated Malte of Putbus Governor-general of Swedish-Pomerania. 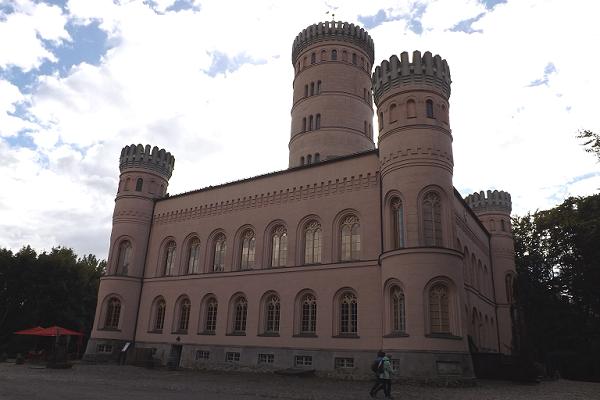 Hunting lodge Granitz in the afternoon sun
After the Congress of Vienna, Rugia fell to Prussia. King Friedrich Wilhelm III confirmed Malte's rank as Prince and his position as Governor-general, and bestowed the hereditary honour of a Lord Marshal (Erblandmarchall) upon him in 1817. This gave Malte of Putbus the right to preside over the regional council. King Friedrich Wilhlem entrusted Malte of Putbus with diplomatic missions, for example the representation of Prussia at the coronation of Queen Victoria in 1838 - there you got your English connection again. *grin* 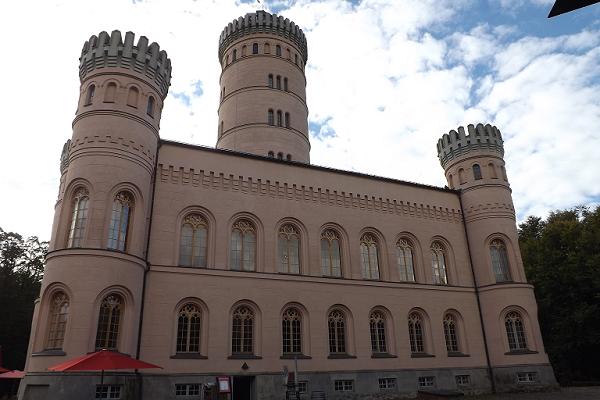 Hunting lodge Granitz
Malte of Putbus took a keen interest in the economic and cultural development of Rugia. He founded a school for boys, established chalk factories, sugar mills and a shipbuilding wharf, and he distributed his land to farmers under hereditary leases. He founded the town of Putbus around the family palace, and added a fine ensemble of Neo-Classicist buildings, earning Putbus the name of 'white town'. I had no time to visit Putbus, only drove through the town and glimpsed some of the pretty buildings. 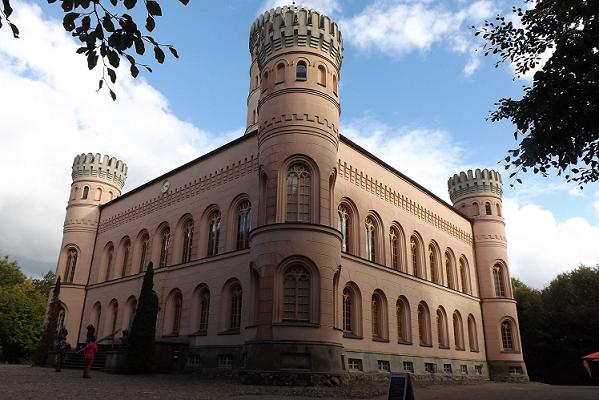 Seen from a different angle
Malte's grandfather first had built a hunting lodge on the Tempelberg in the Granitz forest; a building in half-timbered style. His grandson wanted something more comfortable and definitely more spectacular. He built a lodge that looks part Medieaval castle, complete with a keep from where you can look far over the land, part Renaissance palace. The construction took several years, since work was only done in summer, and would cost 100,000 thaler - it was finally finished in 1846. Malte of Putbus received several famous visitor there, including King Friedrich Wilhelm IV and the Chancellor Otto of Bismarck. 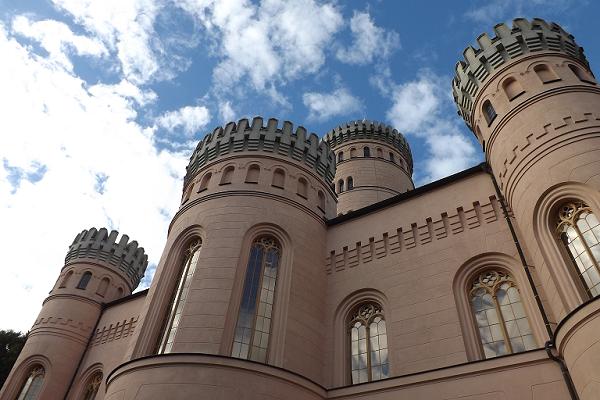 Not really Mediaeval towers
The family was disowned after WW2 - Rugia being in East Germany - but never regained their possessions after the reunification. The hunting lodge has been renovated and is now a museum. But I admit that none of the exhibitions currently on display was of sufficient interest to me to pay the high entrance fee.
¶ February 03, 2019