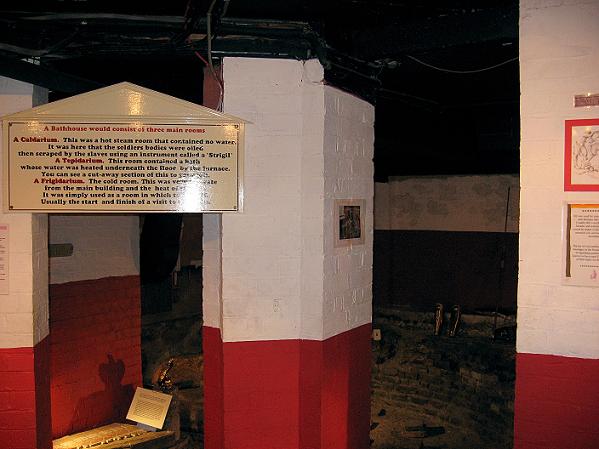 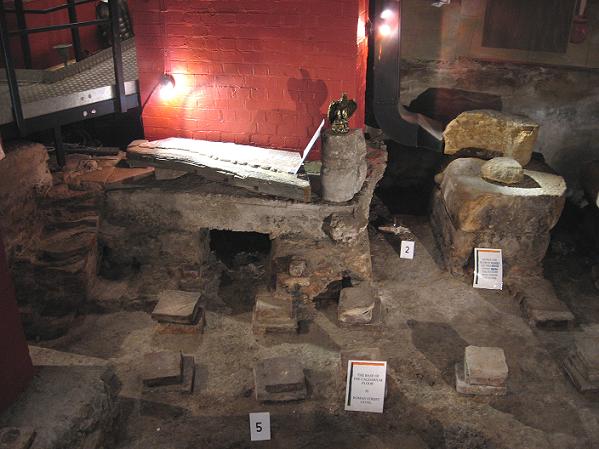 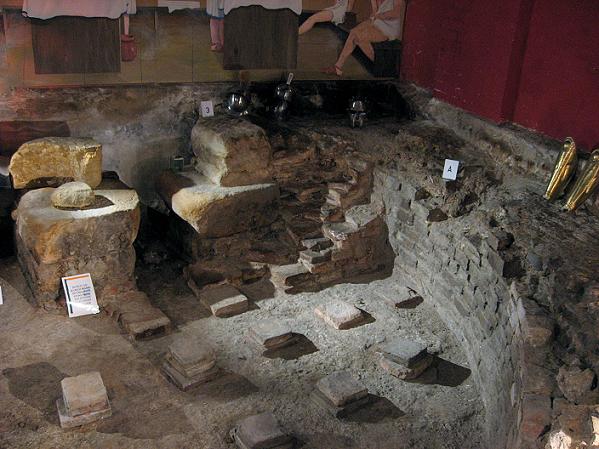 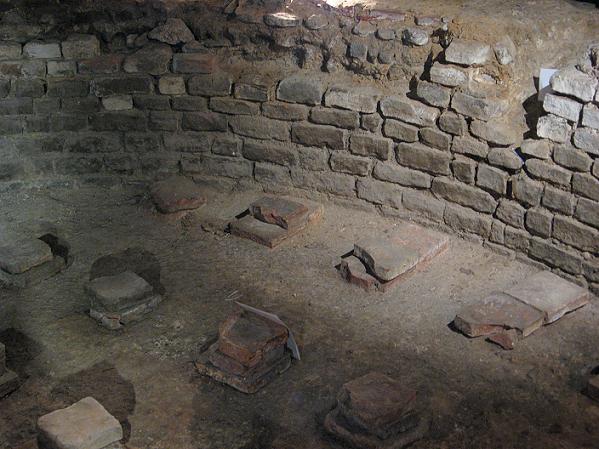 Apsis with remains of the balneum.
The white layer is difficult to see, but you can spot it on the three upper rows of bricks.
The charming little museum not only covers the remains of the bath, but also houses an exhibit of finds from the excavation, modern replica of a Roman soldier's equipment, and a number of tablets describing Roman life.
Read more! ¶ November 25, 2007 13 comments

4 Nov 2007
Saalburg Fort - Shrine of the Standards
Ave, my name is Aelius Rufus, and I've been asked to show you around some Roman sites in Germany and Britannia. I'm a Raetian auxiliary, and since no Roman can pronounce my real name, they call me Rufus because of my red hair. We're a Celtic people living in the mountains called Alpes. My father got the citizenship under Hadrian after he served in the Roman army for 25 years. I'm following his steps and I'm currently stationed in the castellum Arcataunum, the Saalburg at the German Limes. 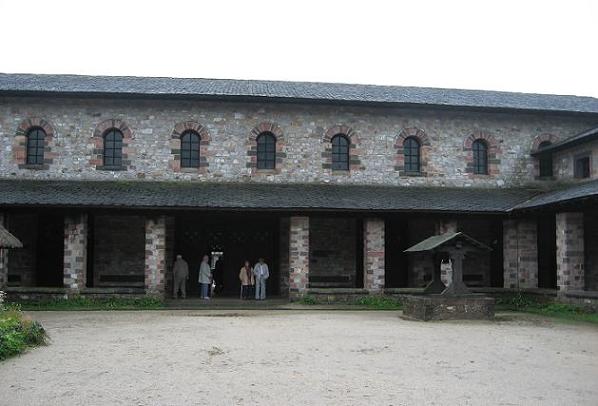 Yard of the principia, view to the exercise hall gate
I'm sorry it's raining again. The weather is one of the reasons the Raetians got stationed here; we're used to it. Troops from Gallia Aquitania or Hispania would spend more time in the hospital sneezing and coughing than on duty, especially in winter. 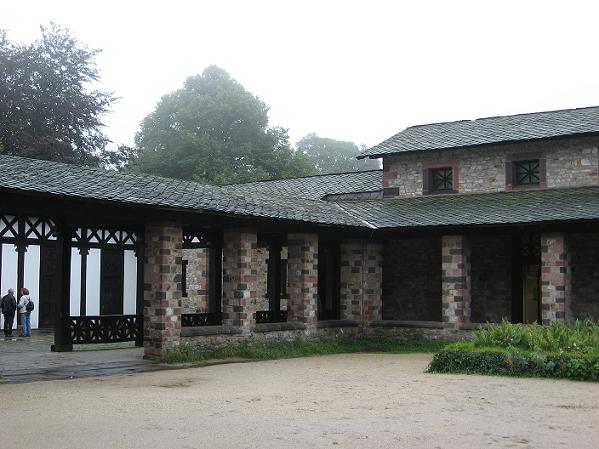 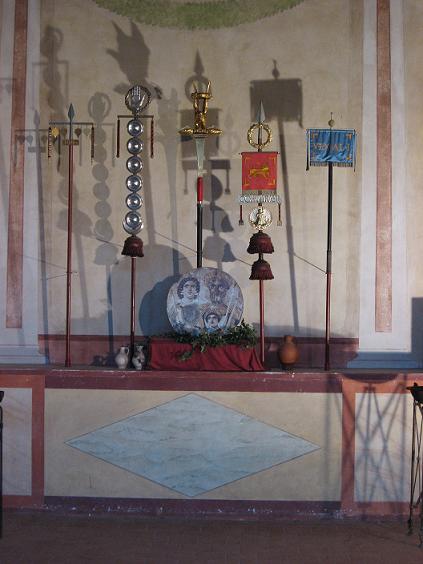 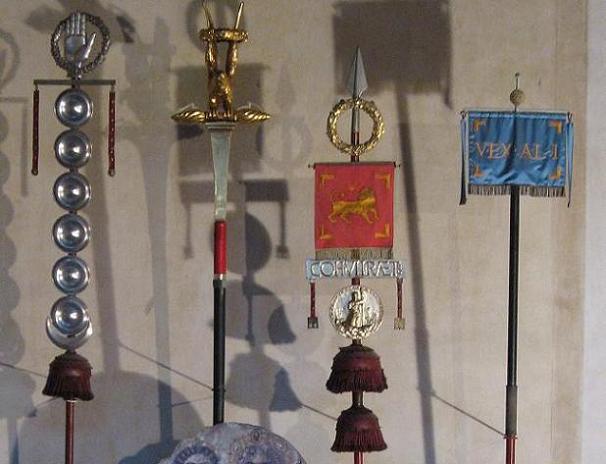 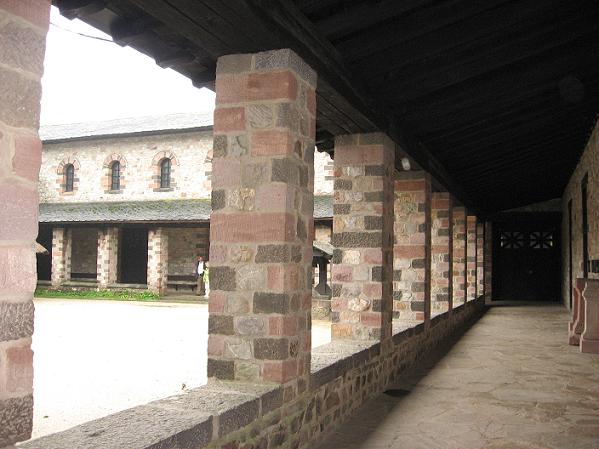 View from the porticus into the yard
Notes: The name Arktaunon found in Ptolemaios' Geography is not universally accepted as name for the Saalburg, but as writer, I need one, and so I use the Romanised version. Saalburg is a Mediaeval name.
The second yard should indeed be a hall, but no plans are made to change the original mistake. The Saalburg is history in itself, so only new additions are built according to modern knowledge. Only some smaller mistakes have been corrected, like getting rid of a few catapults on the battlements.
A reconstructed bronze statue of Antoninus Pius stands outside the main gate today. Some remains of a bronze statue have been found in the shrine during excavations.
Read more! ¶ November 04, 2007 13 comments