25 Nov 2012
Just Some Fun Pics
Nano is going surprisingly well. I broke the 20K last night, and that's a lot more than I ever got before, with a few days still to go. 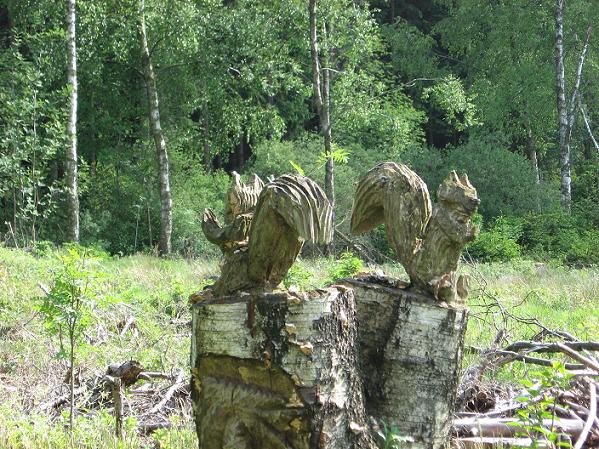 Squirrels; a carving in the Mecklenbruch bog

In honour of a thread in the German forum about various typos that led to unexpected animals (in German, a mistyped end becomes a duck (Ende / Ente) and a robe can easily turn into a seal (Robbe) if you got clumsy fingers), I'll present my readers with some animals carved in wood. Though I'm writing in English - which doesn't mean I escape the typos, on they're not so funny. 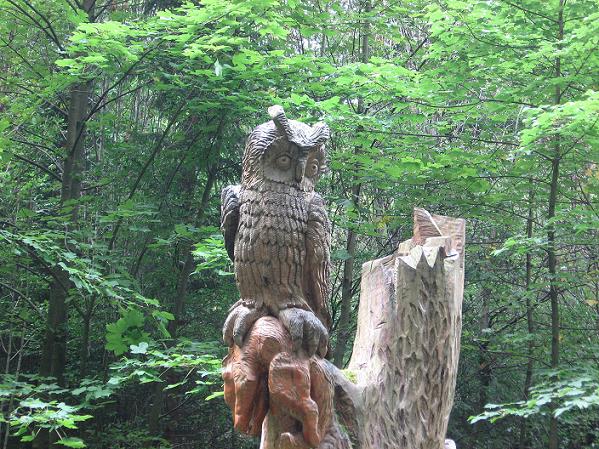 An owl guiding the wanderer
There are several carvings in the Meissner Nature Park as well, like this cute owl. Close to the sculpture are signs for the various ways in the area. The third is from the Heldrastein Cliffs. 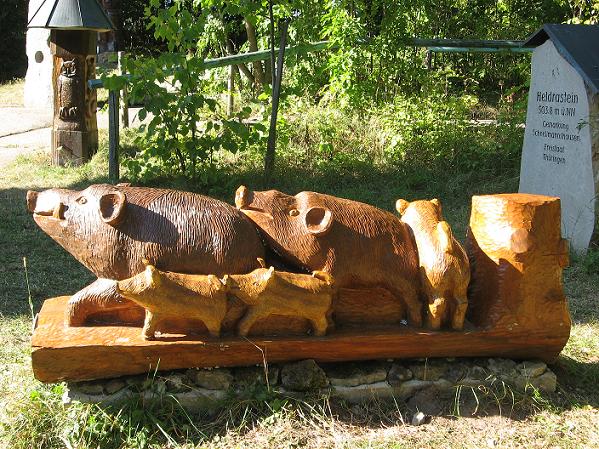 Family boar on their sunday outing
I've been asked if I would post a snippet from my Nano. Well, not right now, the stuff is too rough to share, but maybe when I've polished a suitable scene. I don't want the writing to take over this blog again, so I may post it elsewhere and only link to it. I'll think about it. 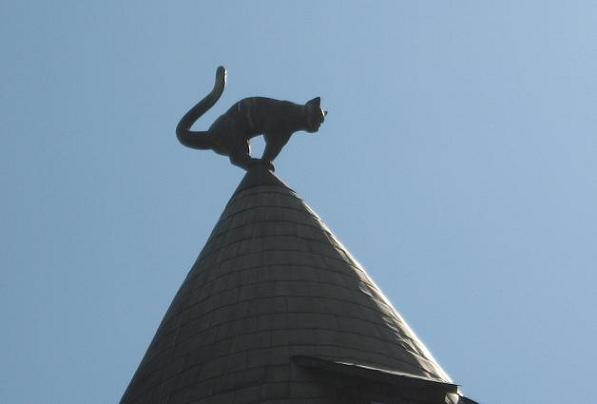 Cat sculpture on a rooftop, seen in Riga
For now, there is another five days to get some more words. Is anyone else busy writing, though maybe not doing Nano? 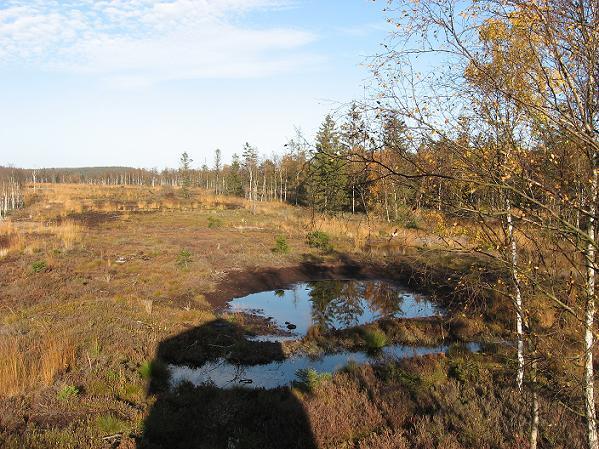 A view from the tower
Somehow, autumn fits bogs and moors even better than late spring. The colours were just lovely, all those shades of yellow and brown, and a deep blue sky mirroring in the dark lakes. 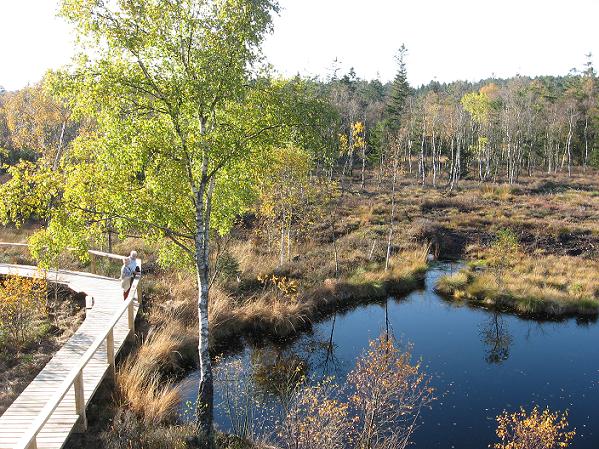 Another view, to the other side
I admit it's also a procrastination / placeholder post, for two reasons: 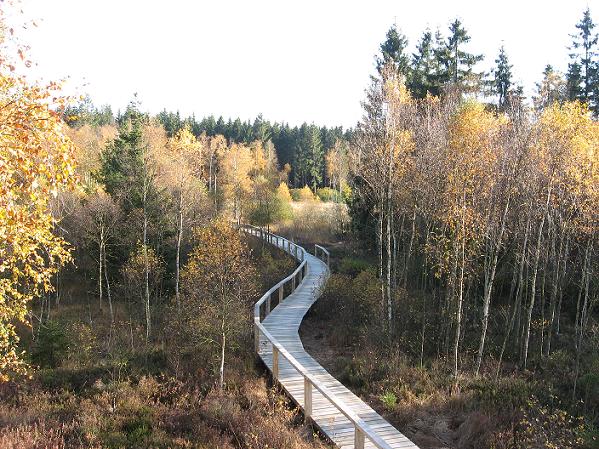 The timber trackway
First, I'm doing Nano again this year. For those who don't know: Nano is a writing marathon that requires you to write 50,000 words on a novel in November. I don't expect to win but I hope it will give me a kickstart - I haven't written much fiction those last months. The forums - if used wisely, lol - are a great place for exchange and encouragement. 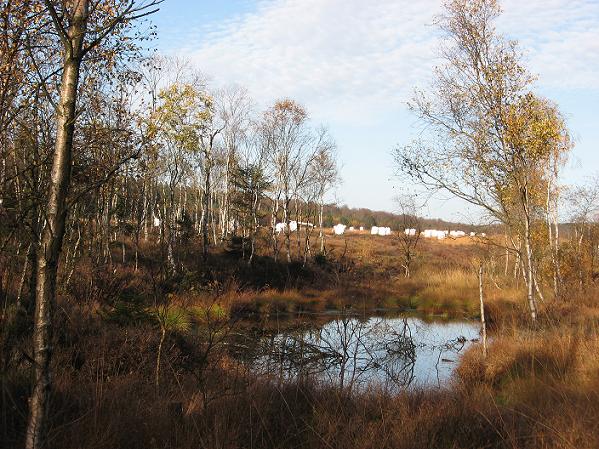 One of several little lakes
Second, I am preparing a post or two about the Porta Nigra in Trier, but came across some inconsistencies that need clearing. It's Roman times so I want to present the most likely scenario, but since it's Late Empire I need to do some more research than I had thought (early Empire would be easier because I know more about it). So this post will have to wait a few more days. 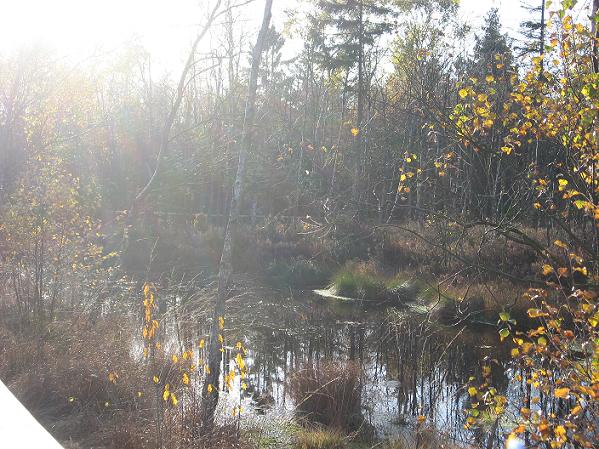 The carr in a hazy autumn sun
I took those photos in late October; there isn't much sunshine right now. We got the remains of Sandy with wind and rain. 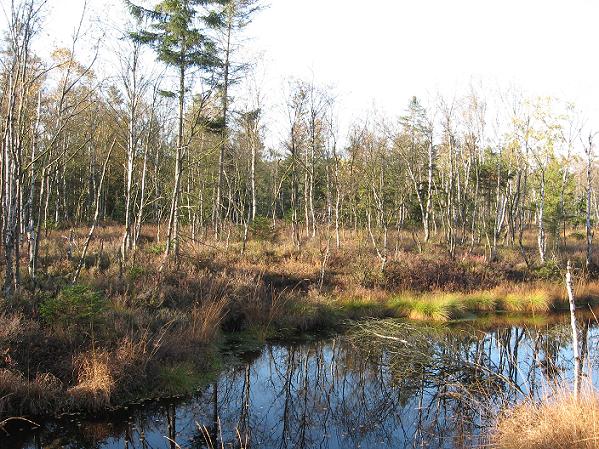 A stand of young birches
So, and now I'll get me some nice spiced tea and delve into the world of the Romans and Germans.