22 Sept 2015
More Mediaeval Brick Buildings
I'm back from my second Hanseatic League tour (some photos of the first one can be found here), with some 2,000 photos. The weather was a bit on the dreary side some days, but at least the rain poured down mostly during the night or when I could stay under cover. 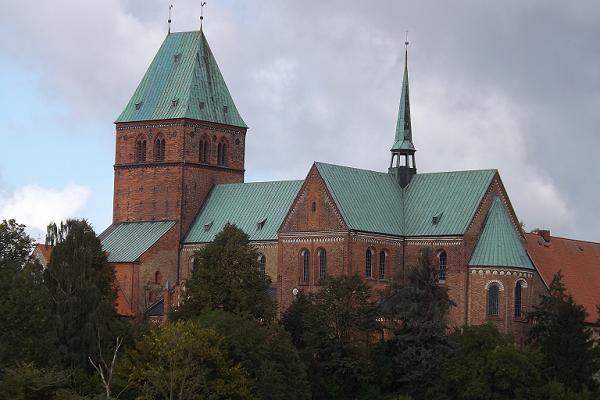 Ratzeburg Cathedral, seen from the lake

First we get a very beautiful cathedral in Ratzeburg, a small town near Lübeck. The cathedral was founded by Heinrich the Lion and survives as Romanesque building, but it is constructed of bricks like the great Gothic cathedrals in northern Germany. In an area lacking stone quarries but rich in loam, bricks were the material more easily obtained. 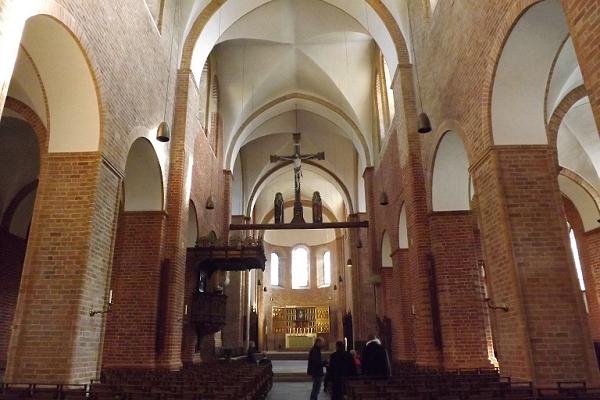 Ratzeburg Cathedral, interior with view to the choir
I came a bit early and there was still Sunday service going on, with an additional organ concert. It was totally worth the wait until I could walk around with my camera. 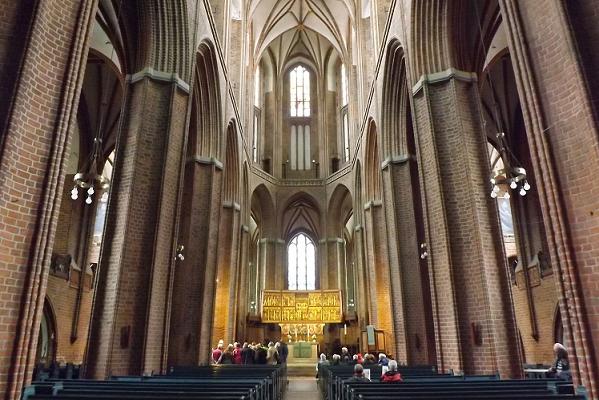 St. Nicolai Church in Lüneburg, interior
We can compare the sturdy Romanesque columns with the slender pillars of a Gothic church with its soaring architecture that reaches towards Heaven. The example shown is my favourite of the churches in Lüneburg, St. Nicolai. 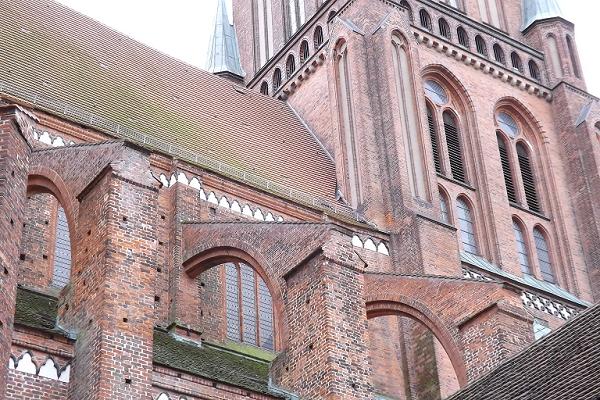 The cathedral in Schwerin; flying buttresses
Another typical feature of Gothic churches are the flying buttresses that support the high naves. The use of bricks makes them look less fragile and elegant than the ones built of sandstone; they give the brick architecture a more solid appearance even when it tries to imitate the flamboyant style. 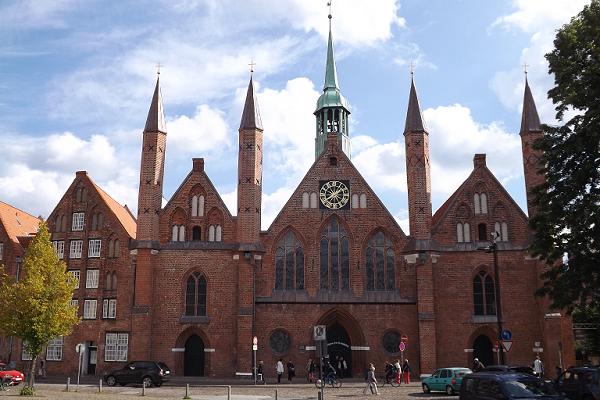 Lübeck, Hospital of the Holy Spirit
The Hospital of the Holy Spirit in Lübeck had been scaffolded in when I went there in spring, but now the scaffolding has come off and the facade shines in new splendour. The hospital was commissioned by rich merchants in the 1260ies and provided housing for the poor until 1970. The foundation of the hospital still cares for old people. 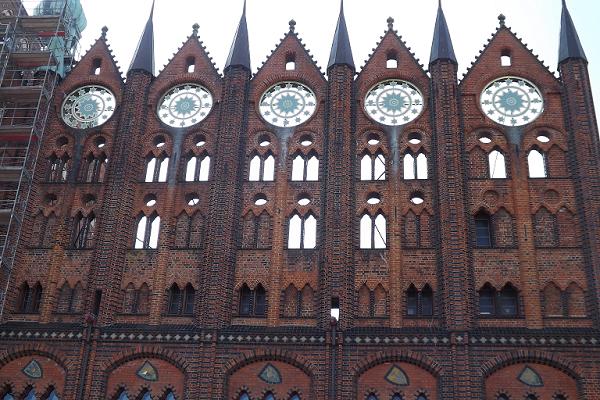 Stralsund, the town hall
Brick architecture developed into an art form, with glazed bricks in black and white and sometimes bricks in other forms than the common rectangular ones, used as decorative elements. The town hall in Stralsund is a fine example. 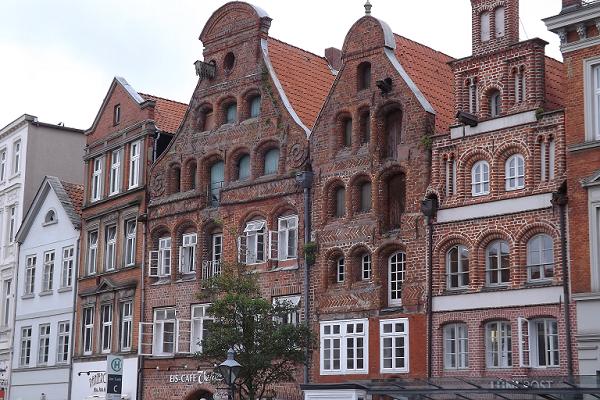 Lüneburg, gabled houses
Rich citizens wanted to show their money by building representative houses, the so-called Dielenhäuser which held the office, storage space, and the living quarters in the back. Decorated gables became a common feature, and in the northern Hansa towns they are often created of bricks. 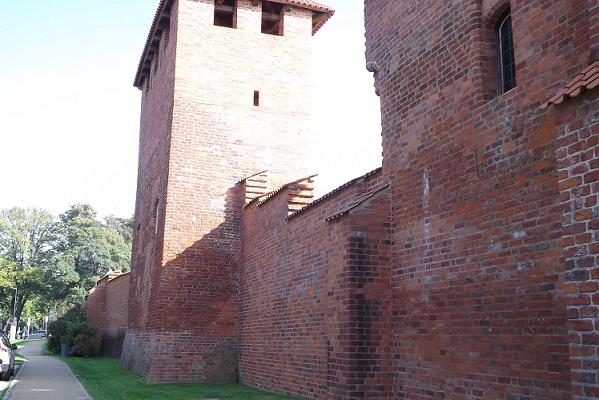 Stralsund, remains of the town walls
The towns of the Hanseatic League all had town walls in the Middle Ages, but often those were dismantled later to make room for more houses. Some, like Stralsund, retain at least parts of those fortifications.

Comments:
Love the church pics, inside and outside!

I prefer the sandstone blocks used to build churches etc but am impressed by the brick!

Those are stunning buildings, and great photos! What sort of date are the buildings? Over here I tend to associate spectacular brick buildings with the period from Henry VIII onward (e.g. Hampton Court).

Thank you Constance and Anerje.

Carla, it varies. The Ratzeburg Cathedral is late 12th century, the hospital in Lübeck 13th century, the Gothic churches usually 15th, and the houses can be anything from the 14th to 17th century.

Ratzeburg Cathedral is magnificent. We have numerous examples of similar brick buildings scattered across the northern Poland - the Teutonic knights'surviving legacy. We might have considered the knights our greatest enemy in the 14th/15th century, but we do owe sth to them now, don't we :-)

Kasia indeed. I've visited the cathedral in Gdansk and Malbork Castle (Marienburg) which is a fine example for military architecture made of bricks.