25 Sept 2021
Impressions from the my Hiking Tours in the Lüneburg Heath
I finally managed to get in a few days of travelling this year – still in Germany, due to Corona. I chose the Lüneburg Heath (Lüneburger Heide), an area between Hamburg and Hannover that still has stretches of various heath landscapes, most of them protected nature reseves. 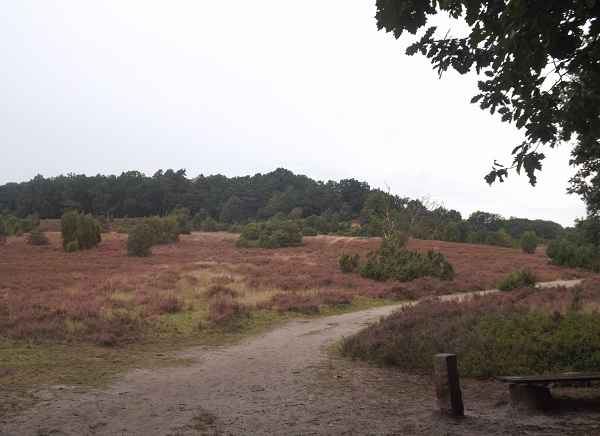 A hiking way in the Lüneburg Heath

The weather was ideal for hiking, moderate temperatures and an overcast sky, though the latter unfortunately makes for less pretty photos – heather in the sunshine looks more lovely on pictures. The peak of the heath bloom is over by mid-September, though some of itl is still in flower. 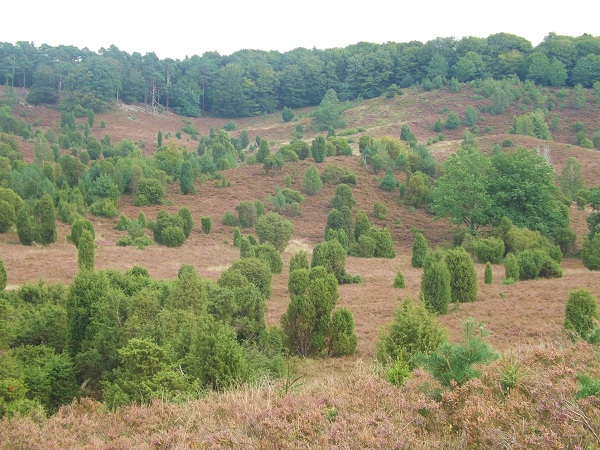 I made several tours in the area around the Wilsede; admittedly one of the most tourist-y spots in the Lüneburg Heath, but the main season is over and there were not so many people around. 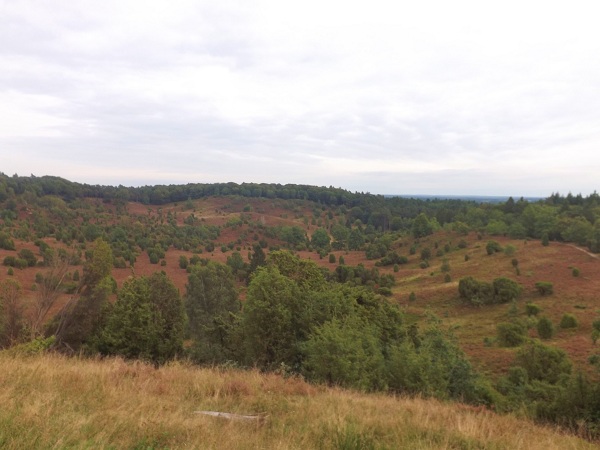 The landscape is really beautiful, and the infrastructure to get there is acceptable (I'm depending on public transport, after all). 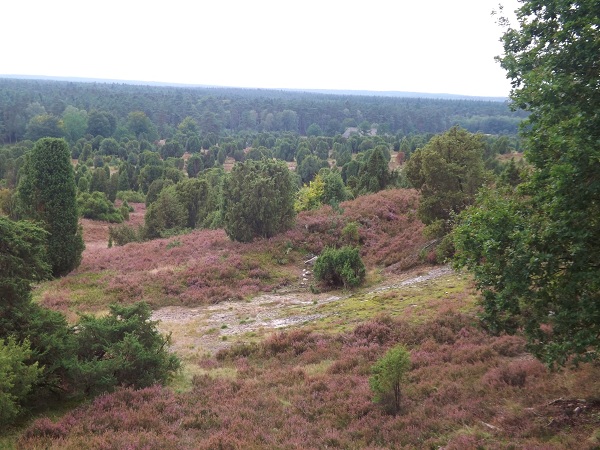 Cars are not allowed around the Wilsede area with the Wilseder Berg (Wilsede Mountain), the Totengrund (Death Ground) and the Steingrund (Stone Ground), but you can travel by horse coach to some of the main spots. 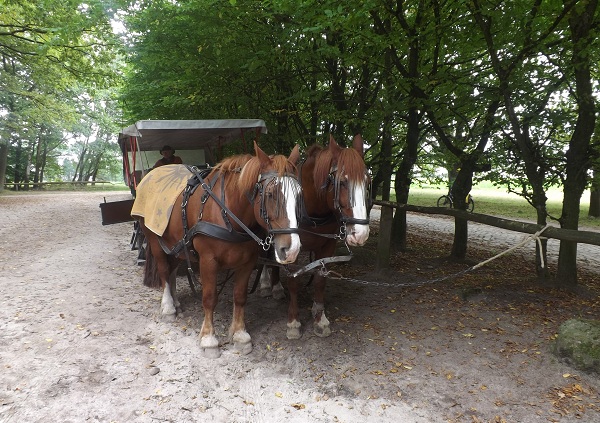 Those chaps took me part of the way on a long day tour. 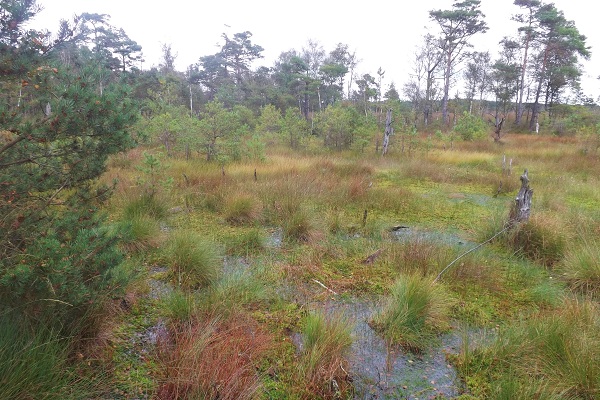 A typical feature of certain parts of the Lüneburg Heath are bogs. Most of them have dried out over time due to peat cutting and drainage, but there are programs to renaturate some of them. The largest is the Pietzmoor near Schneverdingen. 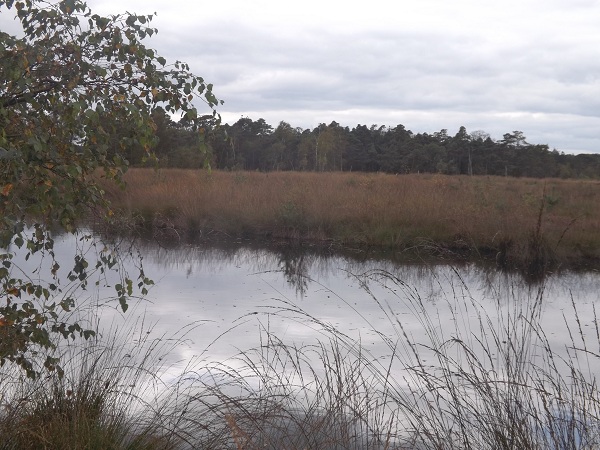 One of many open waters in the Pietzmoor

There is a plank way leading through it. The overcast sky was less of an issue here, since a bog looks more mysterious in such weather, especially on photos. 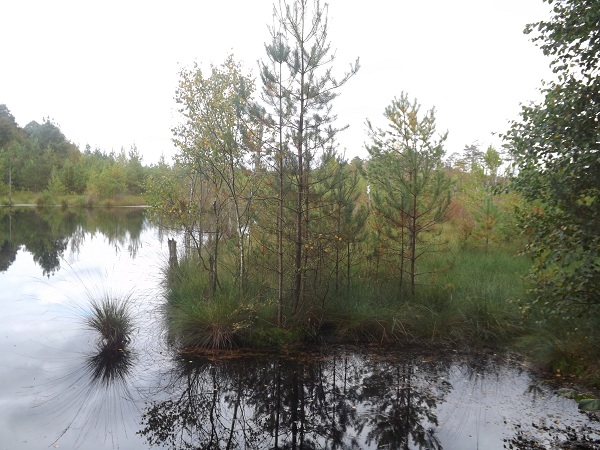 Another view of the bog

And because I got so many photos of the place, here is another nice view. 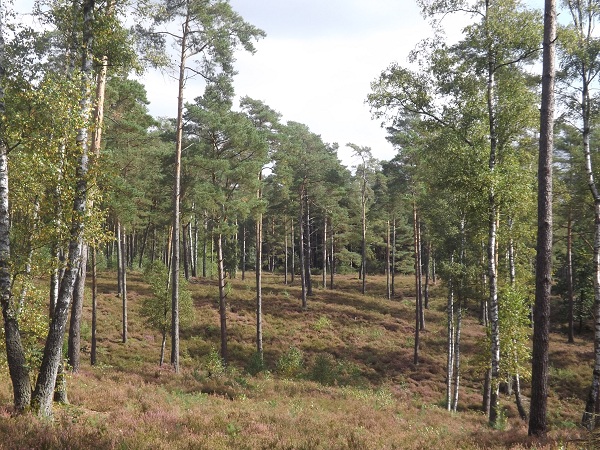 Birch and pine forest in the Borstel Heath

The sun came to visit one day, so there is some heather in the sunshine, after all. These vista are from the Borsteler Schweiz (Borstel Switzerland), an end moraine landscape near Bispingen. 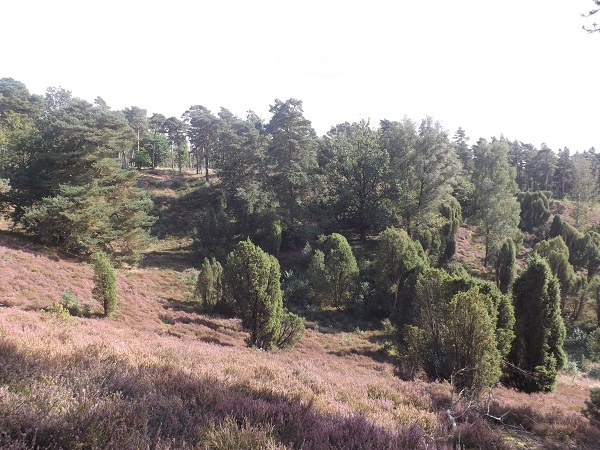 The Lünbeburg Heath is not always a flat area, as these photos show. In fact, the north-eastern part is rather hilly, compared to the southern part. 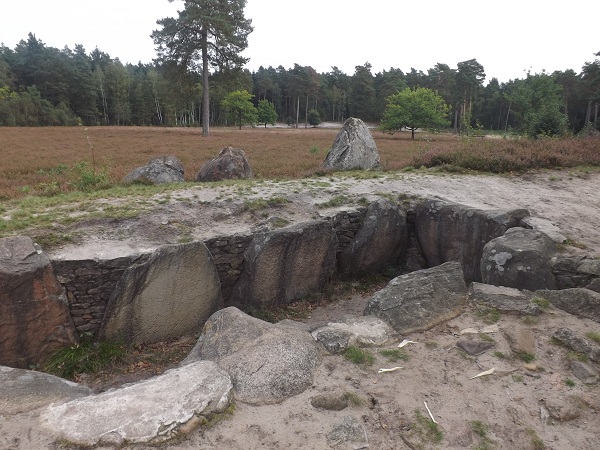 Neolithic burials and Bronze Age tumuli can be found in several places; the best preserved ones are the Oldendorfer Totenstadt near Amelinghausen. Here the remains of half a dozen 'Giant Tombs' (Hünengräber) and tumuli are gathered close together. 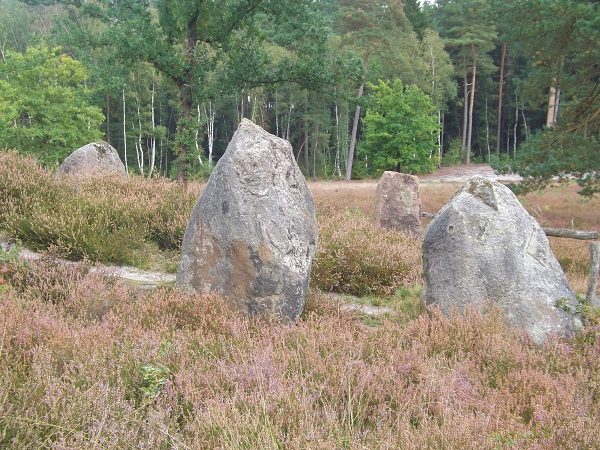 Several of the burials belong to the same cultural context as those in the Everstorf Forest, on Rugia and other places in northern Germany. 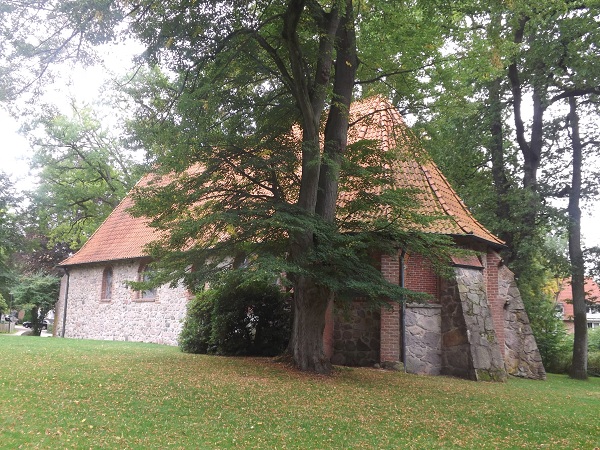 I also found a cute 14th century church close to my hotel in Bispingen. 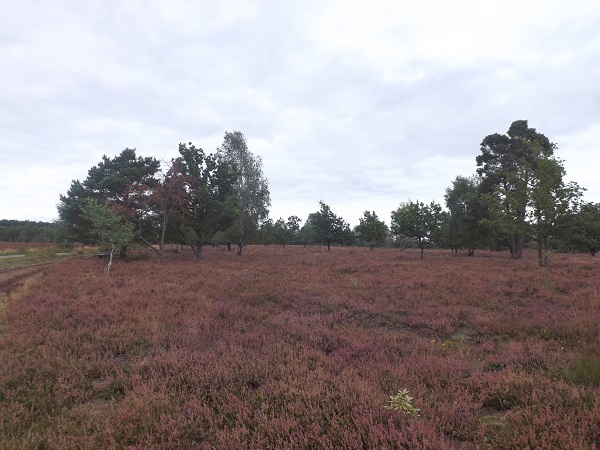 The Osterheide near Schneverdingen was a military training area used by German and British troops until 1994, after which the site was renaturated. Now almost all traces of their presence have vanished and heath grows again. 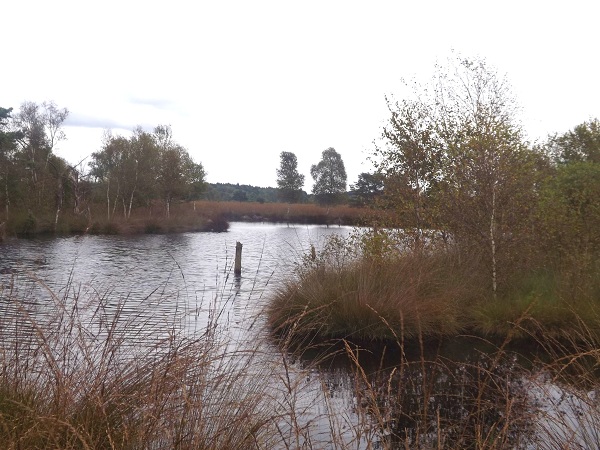 Another shot of the Pietzmoor

There will be more detailed posts about the geology and history of the Lüneburg Heath – I got plenty of photos, after all. Today it's just a little overwiev of the places I visited.
Read more! ¶ September 25, 2021 0 comments

10 Sept 2021
Views from my Balcony – Summer Flowers
This year, I didn't plant any geraniums and marguerites as usual, but decided for a 'bee friendly seed mix'. It turned out quite well; there are new flowers popping up every few days. 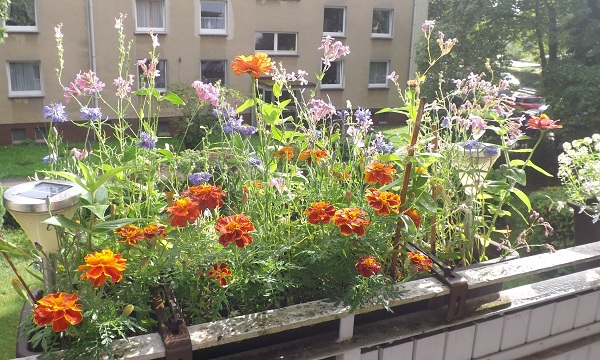 Marigolds, bluebottles and other pretty flowers

There had been a rain shower right before; the drops lend an extra sparkle to the flowers. 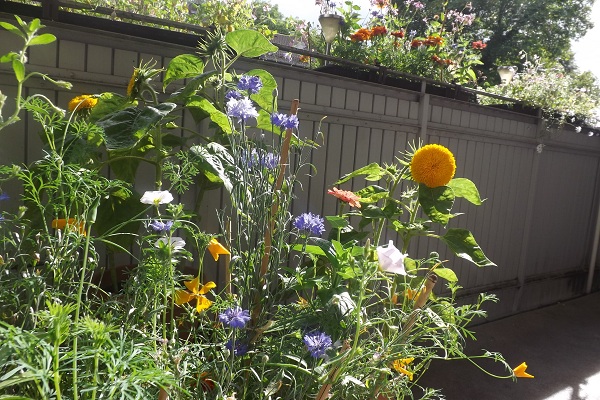 A veritable wilderness. Those flowers all grow higher than the description of the seeds says. You can literally watch them grow from the seeds I put in in late April. 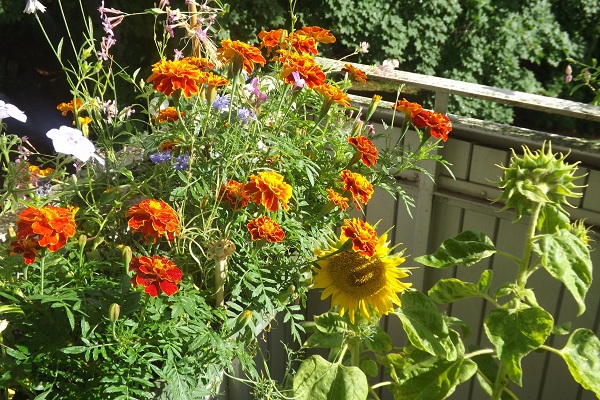 The colours of summer; little suns on my balcony. They do indeed, attract a lot of bees, but I don't have a macro lens to get decent photos of the wee buzzies. 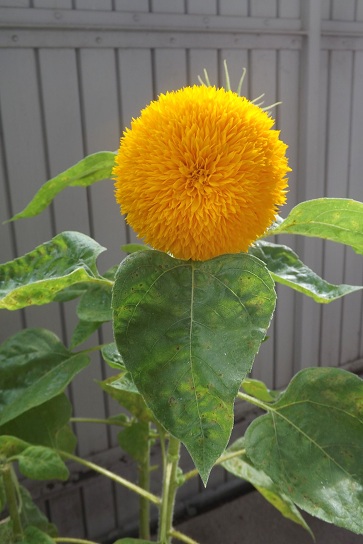 This is a low growth sunflower called 'teddy bear' – an extra fluffy variant which is well suited for balconies. 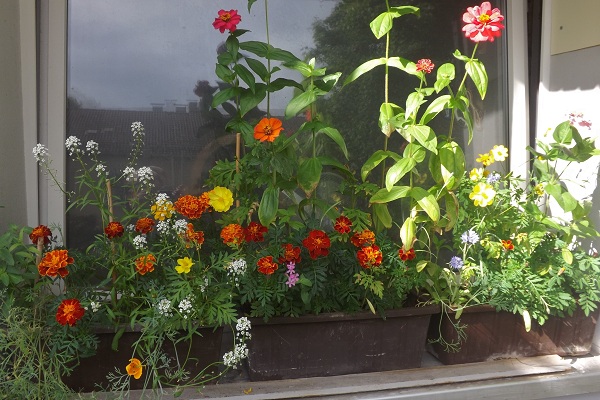 Pretty mix in front of the window

Another mix in front of my bedroom window. Those pretties can be seen from both sides, the balcony and the room. 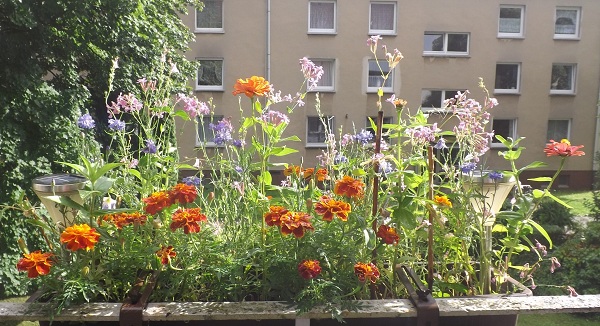 Those photos are just snapshots from the middle of summer. The fun started in spring and is going on well into autumn. I'm defintely going to do some seeding again next year.
Read more! ¶ September 10, 2021 0 comments