6 May 2006
King Alfred tagged me
Found the fun thing on The Bitter Scroll, and while I don't know if my dear fellow king had a specific Charles in mind, I jumped at the occasion.

I am: Charles king of the Franks, (Imperator Romanum gubernans Imperium, too, but only in official documents).
I want: to Christianise all Saxons (well, I want them to pay taxes as well, but don't tell Eginhard).
I wish: that damn Widukind would submit already (I'm tired of building bridges across the wrong river).
I hate: wearing posh clothes (what's wrong with plain tunics, sheepskin cloaks and decent boots?)
I miss: my nephew Roland (and don't get me started about that thing with my sister).
I fear: my son will turn out a whimp (smashing chess boards isn't a sign of a future king but of a spoiled brat).
I hear: that drunken Englishman singing in the courtyard (Alcuin, keep the tone at least)
I wonder: who left those traces in the snow leading to Eginhard's quarter (and female traces, too).
I regret: having released Audgeir of Danemark (now he's harrassing Egberth bretanwealda of England, despite their former friendship).
I am not: a white bearded 200 year old grandpa however majestic looking (and the fact I can still chop bloody pagans into pieces doesn't make up for it).
I dance: but only after enough mead (hehe, filched that one from Alfred).
I sing: sometimes, when riding through the spring rain (no, there's no source, documentary or other, for that).
I cry: according to some sources a lot (but it isn't true).
I made: that bastard Tassilo crawl before me (and sent him off to a monastery - I admit I had some fun there, and it's a good example for a certain Renaud).
I am not always: building new churches and castles (sometimes I'm destroying others' castles).
I write: not very well (there's none but me who can read the scrabble).
I confuse: German and French tongues sometimes (after too much mead).
I need: more educated monks (also filched from Alfred, us kings tend to have the same problems).
I should: travel to Constantinople (and give the Emperor a demonstration what my knights can do).
I start: too many affairs with concubines (geez, I can't even remember the names of all of them, or their kids).
I finish: building the bathes at Aquisgranum (the official versions prefer to mention the church, though).
I tag: Memnon, Olympias, William Marshal, and King Edward II of England (and if Isabella or Hugh Despenser want to join, the more fun).

I admit, this is a mix of the historical Charlemagne, some legends and especially motives from chansons de geste .

Here is a list with links to other blogs who did the meme. 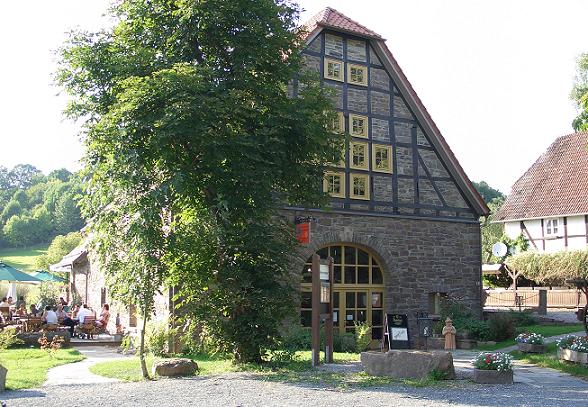 Schäferscheune, outside view
The building was erected in the 13th century as outwork for the defense of the Krukenburg. In the 17th century it served as house for the first Huguenot refugees (before they settled in the newfounded town Karlshafen), later it was used as barn. From 2001-04 the building was renovated and the old structures repaired. It now houses a restaurant. 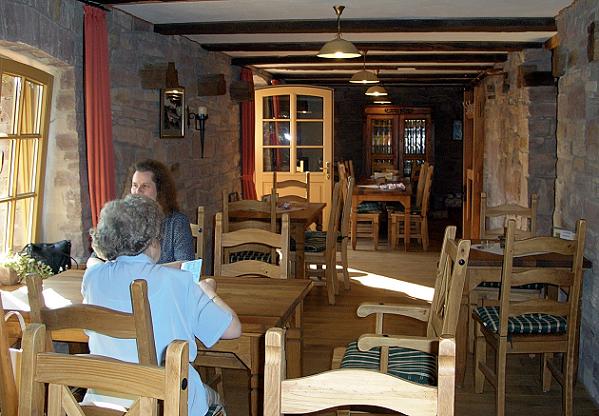 Inside view
The interior has a nice, rustic flair, and the food is what we call Hausmannskost, typical German fare. They got good cakes as well. 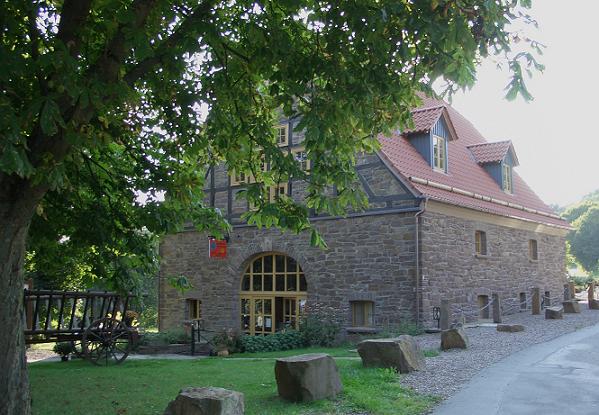 Another outside view
BTW I think it's some fun that my blog now appears first if you search for Krukenburg in Yahoo.
Read more! ¶ May 03, 2006 9 comments