20 Mar 2007
Winter Wonderland
The different daylight savings (we're at it come weekend) all over the globe must really have confused poor Petrus. The result can be seen here. 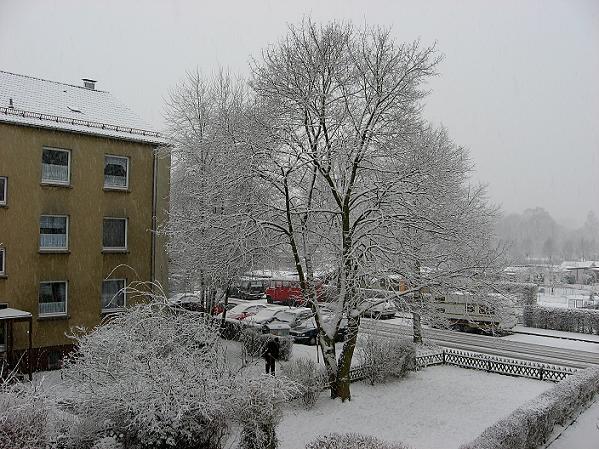 Since I still have some place on my shelves (and got some repay from last years monthly advance payment for heating and water), I ordered two books about the Varus battle and the Romans in Germania - besides the biographies of Augustus and Arminius I bought last month, so I'll finish the series of posts about the German Wars soon. 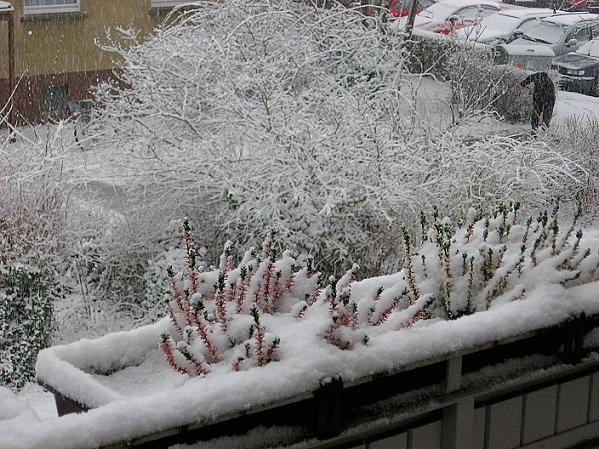 2 Mar 2007
Things you can see from the balcony
It was about a week ago, at 3 am (yes, I was still up reading) that I heard a loud, crackling sound. Since I don't like unidentifiable sounds at 3 am, I looked out of the window to find the source. On the street some 20 metres away that I can see from my balcony, stood a parking trailer - uninhabited, you can't live in them outside specific areas - and flames were busy licking on the outside of the front.

I called the firefighters. During the five minutes between the call and their arrival the flames broke through a window into the inside, and a gas tank exploded. Within seconds the trailer was on fire all over. I've never before been so close to a fire, and I was amazed how loud it is. Sounds like a storm. And it spreads so bloody fast. I don't want to imagine how it must feel to live in areas where woodfires are frequent. 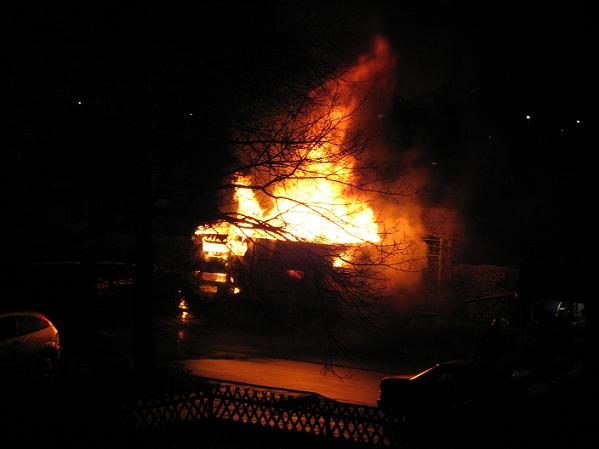 I took some pics the moment the flames were at its highest, as the firefighters had already arrived but not yet succeeded in extinguishing the inferno. It took several minutes for that to happen, and there were still minor fires inside the trailer left then. 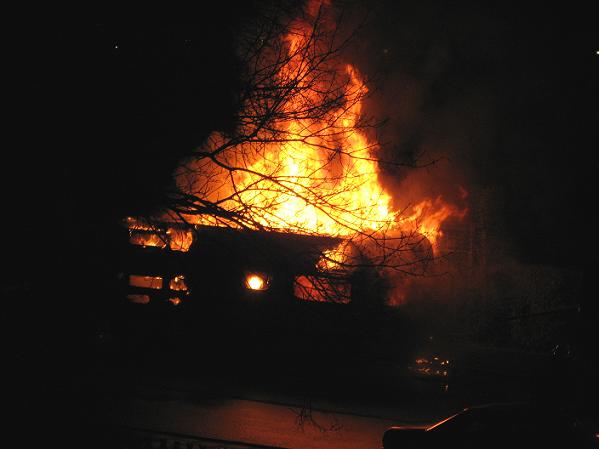 Since I thought it was very strange that the fire started outside, from the ground upward, I went down and told them I suspected the trailer hadn't started to burn by itself. So they took it to the police for further investigation. A police officer visited me the next day to take an official protocol.
Read more! ¶ March 02, 2007 15 comments