18 Dec 2007
Otto of Northeim
Otto held large possessions spread out in what is today Lower Saxony, Saxony-Anhalt, Thuringia and Hessia, so when the Emperor Heinrich IV declared him outlaw, everyone and his uncle came swooping down at Otto, even those who didn't really care about Heinrich either, in order to hack a chunk off his lands. Ruotger of Eschwege was one of these, but the biggest bird in the flock turned out to be Welf IV who divorced Otto's daughter, changed sides, and gained the duchy of Bavaria (1). 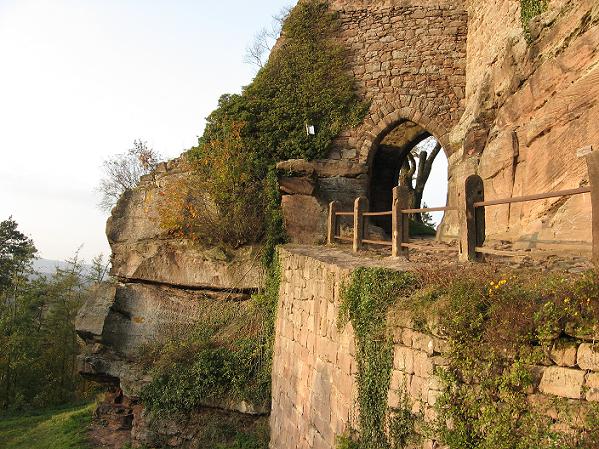 Hanstein, south gate and curtain wall on bedrock base

The year between his banishment and final surrender was a turbulent one for Otto. He managed to keep a number of followers, but had to flee zigzag across Germany, plundering some fiefs of Heinrich's men in Thuringia, moving to his former allodial possessions around Göttingen (Northeim, the Hanstein etc.), getting involved in a few skirmishes with unfriendly neighbours, then spending some time on the Billung estates of his friend Magnus near Lüneburg until the latter was banished as well. The chronicler Lampert of Hersfeld says Otto had to recur to highway robbery in order to get the money to uphold his - ever diminishing - retinue. 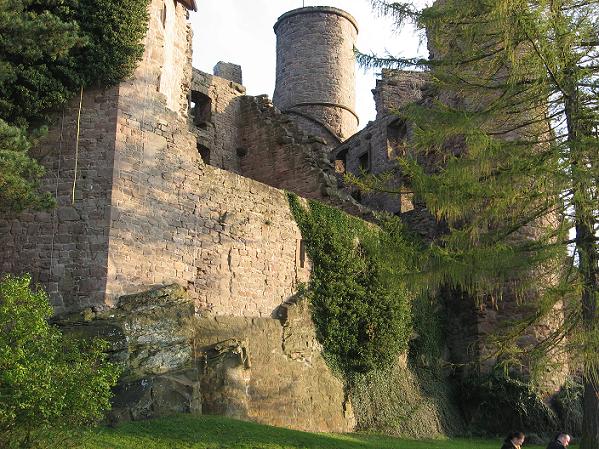 Hanstein, buildings in the inner bailey at sunset
Not all his movements are clearly documented. Obviously, Otto fled to the Slavic tribe of the Liutici for a time (he must really have been desperate to seek shelter with a people he had defeated a few years ago, then still acting on behalf of the king), but returned to a stronghold near Kassel where he made his last stand against Heinrich's army and in the end had to accept formal surrender, the so so-called deditio (2). 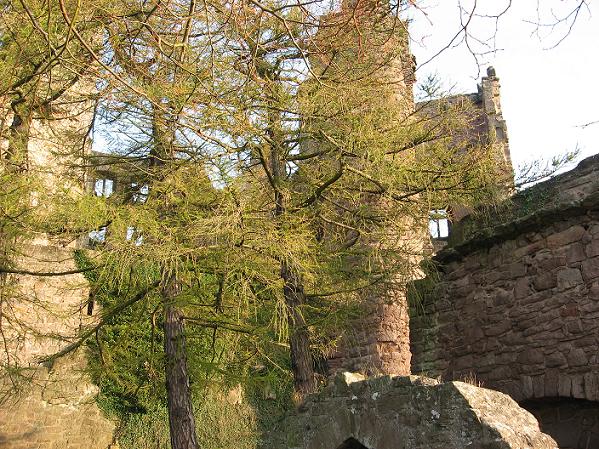 More old walls.
The rest of Otto of Northeim's life wasn't boring, either. He was introduced to court during the regentship of Queen Agnes, got involved in an abduction, was accused of attempted regicide, led armies in several wars, participated in an unfortunate embassy to Rome; and his ongoing strife with the king overshadowed the last thirteen years of his life until his death in 1083.

(1) A little side note for our British readers: Welf later married Judith of Flanders, widow of Tostig Godwinson who fell at Stamford Bridge. Welf's grandson Heinrich the Proud was the father of Heinrich the Lion who married Mathilde, daughter of Henry II and Eleanor of Aquitaine. Heinrich the Lion's mother was Gertrud, daughter of the Emperor Lothar of Süpplingenburg (the one who founded Königslutter Cathedral); her mother was Richenza, the granddaughter of Otto of Northeim. Gotta love family trees, lol. The Welfen dynasty still exists today.

(2) So far, I couldn't find out what happened to Otto's daughter Ethelind (the one married to Welf) and his sons, particularly his heir Heinrich the Fat, during that time.  ¶ December 18, 2007

Comments:
A castle of soaring dreams, Gabriele.
He certainly was a lad.

Yes, it's an impressive place, Bernita.

Otto was an interesting man. I had no idea what I was in for when I started researching him. :) No lad, though, he was between 45 and 50 at the time of his flight all over Germany. Magnus Billung was 25.

Again, some fabulous photos. And interesting historical material to go with them.

Interesting post, Gabriele, and as always, I enjoyed the photos.

Hi Gabriele,
Unrelatedly, a couple of random links I stumbled over today and thought you might find interesting:

Thank you, Wynn and Shelley. History is a lot of fun, isn't it?

Thanks Ian. Somehow the Roman superglue doesn't surprise me. They had concrete that hardened under water and they experimented with steam power.

I found your site through Kirstens. Have to say i'll stop by again! Love the pictures!!

Hi Crystal, thank you and welcome to my blog. Have some wine and feel at home. :)