13 Aug 2009
Mull - From Craignure to Fionnphort
I managed to take some photos from the bus though it was tricky. The best chances were when the bus had to stop to let a car pass on the single track road. The bus tour takes about an hour and goes through some of the most scenic parts of Mull. 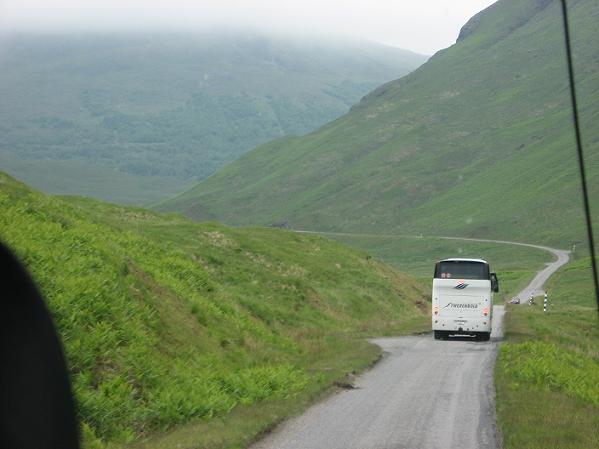 In the morning, the weather was pretty bad - typical Scottish, people say, though my experiences included a lot of sunshine both times I went to Scotland. There are eagles in Glen More, but they must have kept elevenses; we didn't see any. That's a Swiss bus in front of us. 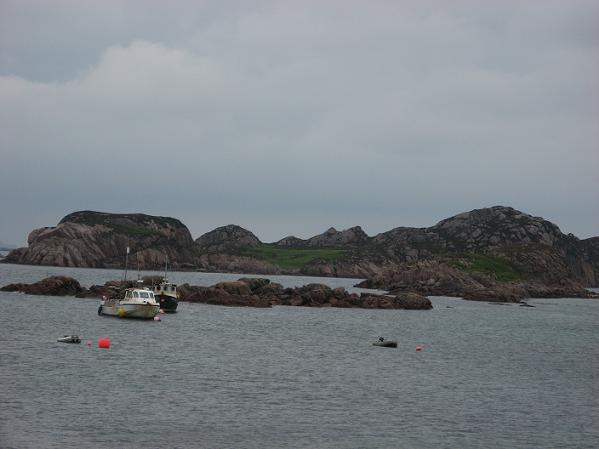 The sea near Fionnphort
Fionnphort is the harbour for the ferries to Iona and the boat cruises to Staffa. No tourist cars are allowed on Iona, so you have to leave it in the parking lot - that goes for busses as well. Yes, tourists in Scotland are expected to walk. *gasp* 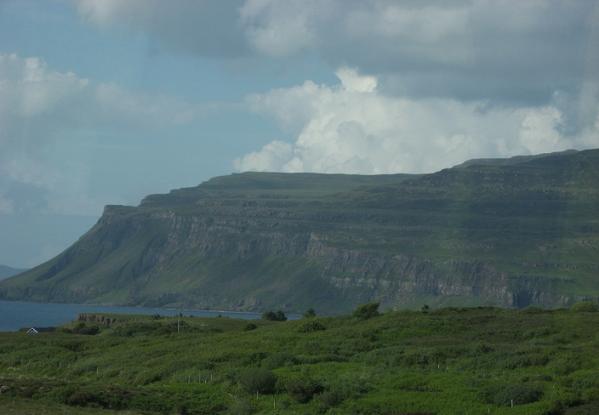 Entrance to Loch Scridain
On the way back the sun had come out (it had be shining all afternoon on Iona) and I kept my camera ready to get some shots of the beautiful Mull scenery in the evening sun. 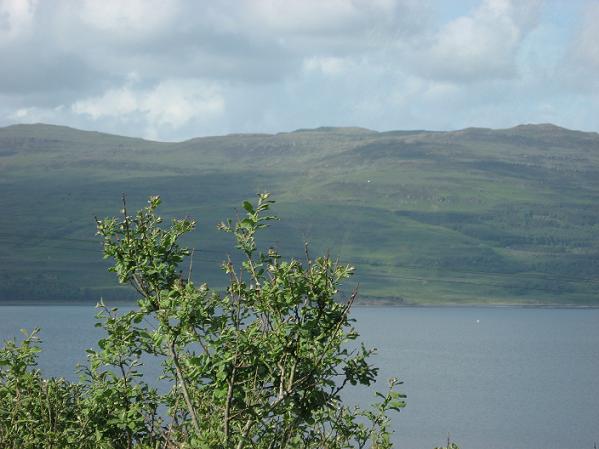 Loch Scridain
I was rewarded. The way along Loch Scridain was especially picturesque, and I had picked the right (in fact, left, lol) side to sit. It was the wrong side for watching the deer, though, but since we have our share of deer in Germany, I didn't mind. 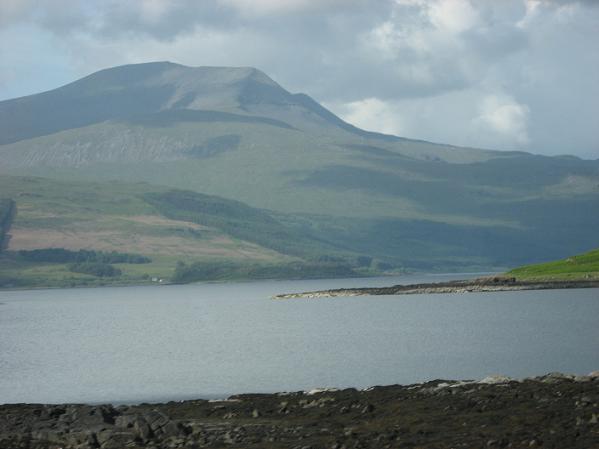 Loch Scridain with Ben More in the background
The tricky thing about taking photos from a bus is not only the motion but also the reflections in the windows. But as you see, I got a few pictures where those reflections aren't too bad.  ¶ August 13, 2009

Comments:
That's a terrific picture of Ben More. Whenever I've seen it close to it's always had its head in the clouds. I've only ever seen the summit from miles away, as a distinctive flat-topped hill in the distant views from hills like Ben Nevis.

Someone told me once there are as many deer on Mull as there are people. I could believe it :-) If it was wet in the morning the eagles were probably all still in bed waiting for better weather. If I remember rightly they don't like hunting in the rain if they can help it.

Sunshine in Scotland? How on earth did you manage that? :P Love the pics :)

I love that last pic especially! They're all good, though. ;) What gorgeous spectacular scenery - makes me want to go there, right now!

Thank you, Carla, Smarty and Alianore. Seems I've been lucky that Ben More had its head out of the clouds when I was there. :)

Smarty, I threaten St.Peter with a penguin stampede if he doesn't play along. :D

Love the pictures. I actually experienced sun in Scotland when I visited with my family 15 years ago. It was a great experience.

Thank you, Meghan. The Scottish weather doesn't deserve its bad renown, at least not all the time. ;)