4 Dec 2011
Along the Coast of Norway - A Land of Light and Darkness
A cloud and snow post to go with the weather; the first rain after five weeks here, and the first autumn gales. There may even be snow later this week. 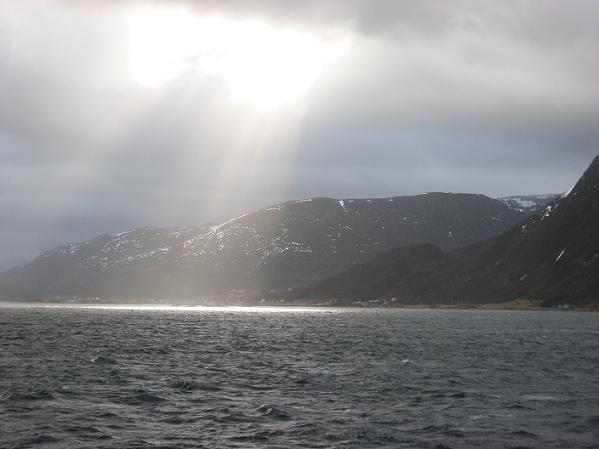 Light in a land of water and mountains

Traveling along the coast of Norway in early spring can give you some of the most beautiful light effects when the sun fights with the clouds, sometimes losing to a blue-grey twilight. 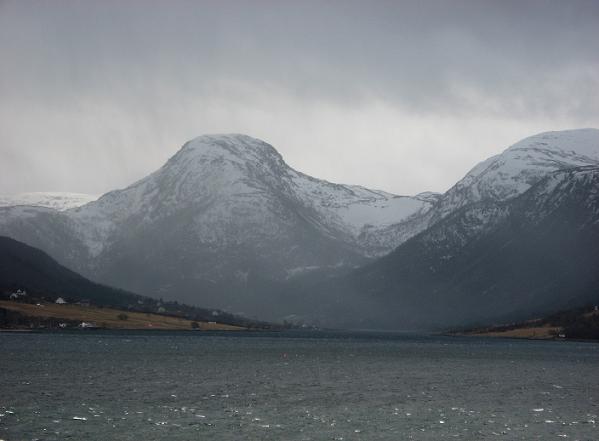 Afternoon voyage between Ålesund and Molde
Sometimes winning and tinting the sea an incredible blue where only a slight haze betrayed the rain that had fallen a few minutes earlier. 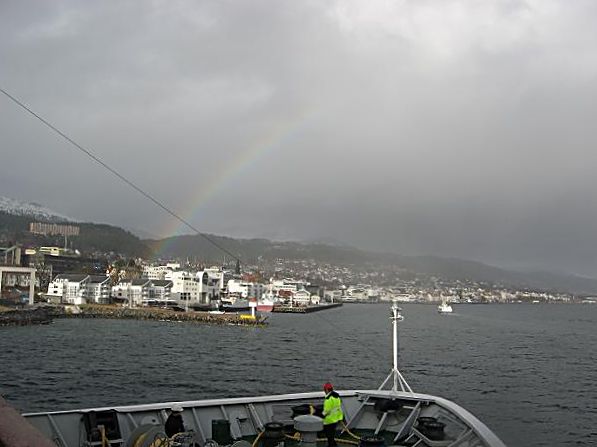 Rainbow over Molde
Rainbows were a frequent sight on this voyage. 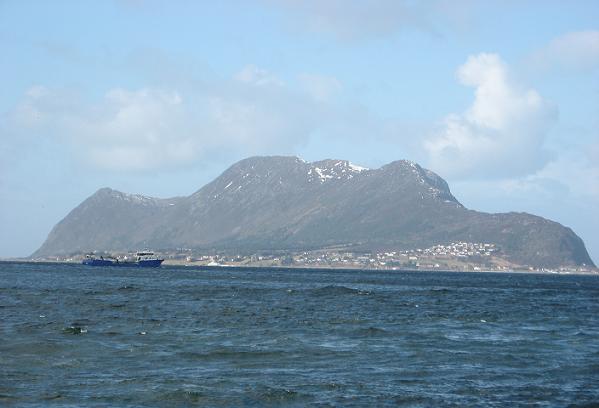 Mountain opposite Ålesund harbour
And sometimes the sun just managed to poke a ray through the clouds, and light would sparkle on the water. 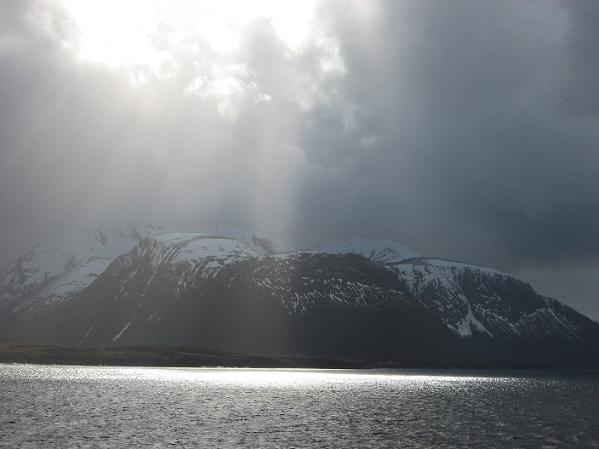 Baldur looking down?
Though this was taken at plain daylight, the contrast of the light and the dark clouds makes it look more ominous and nightly. 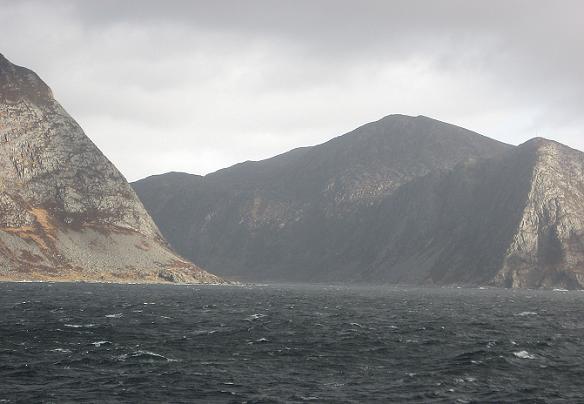 Coastal mountains
Sometimes there is a hint of what the land may look like in sunshine, a fleeting trace of warmer, richer colours dormant in the shades of grey. 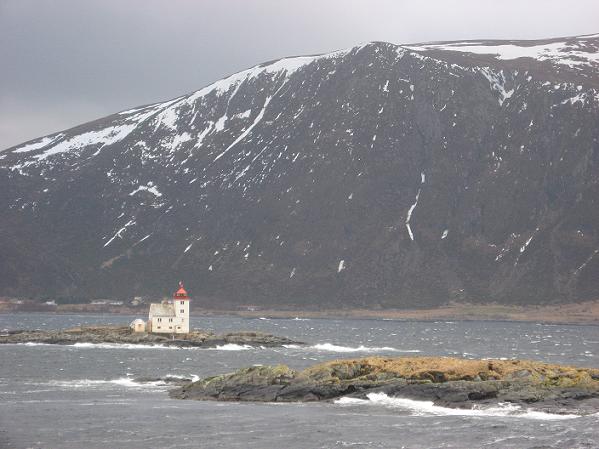 One of the many lighthouses
Thus far south and warmed by the gulf stream, the snow had already melted except for the highest peaks. Further north, the snow remained and would remain far into spring. 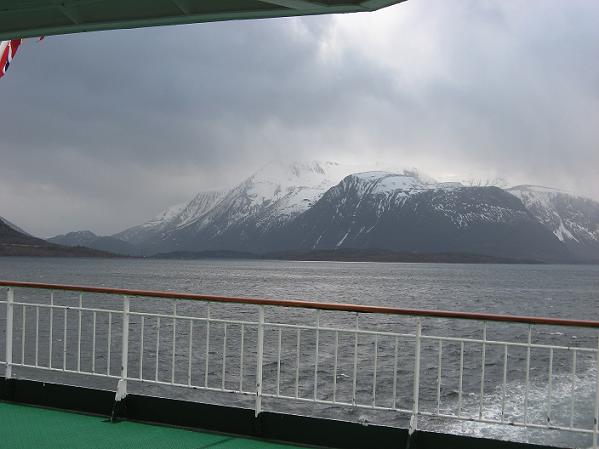 On board of the Richard With
The landscape gliding past, and a photo motive around every turn. (More photos and links can be found in this post.) 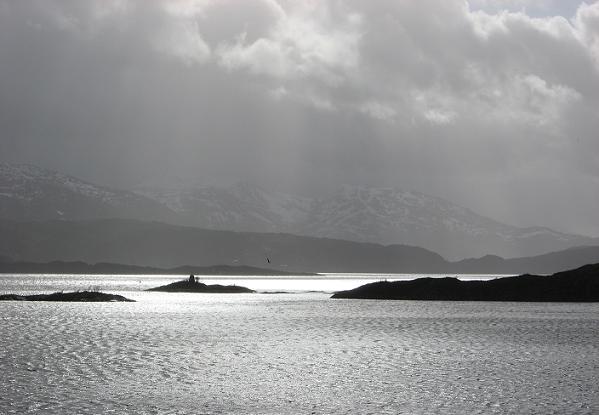 Between Bergen and Ålesund; taken in the late morning
In such moments, the light is the only important thing, reducing the mountains to grey shadows and black silhouettes.

Comments:
Love the picture of the lighthouse. It looks so lonely!

I knew there was a reason I keep coming back here.

Stunning photographs. And very appropriate for the season - winter seems to be arriving now.

Thank you, Constance, Stag, and Carla.

Winter started with a few bangs .... er, STORMS here. Though I think it was even worse in Scotland.