2 Feb 2012
Along the Coast of Norway - North of the Polar Circle
Now winter - at least the Russian 'Little Daddy Frost' if not the snow - has finally reached Germany, more photos of snow and cold will be fitting. Follow me on the second part of a tour along the coast of Norway. 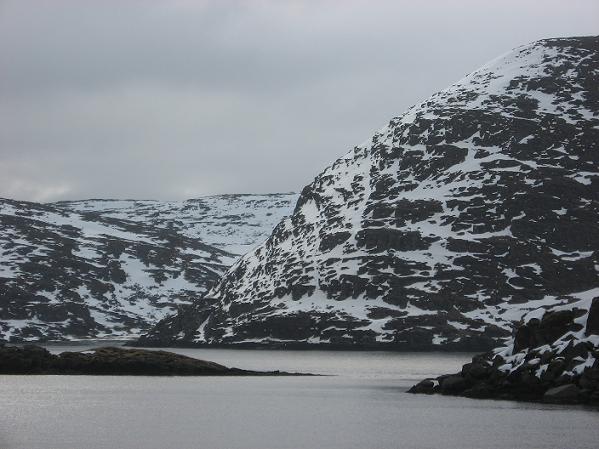 So here we go with some more photos from the Hurtigruten Tour. 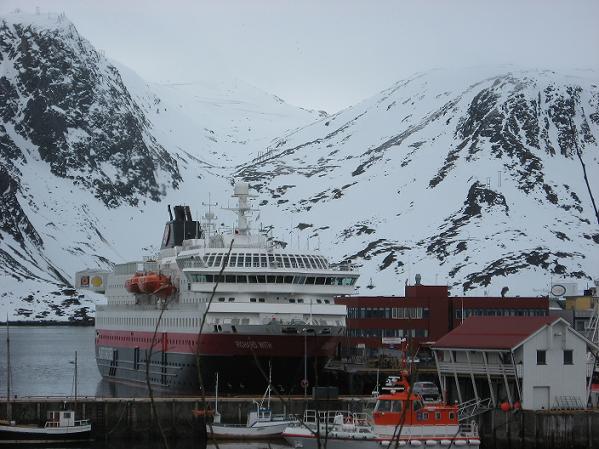 The Richard With in Honningsvåg
I picked some with more snow as theme for this post. 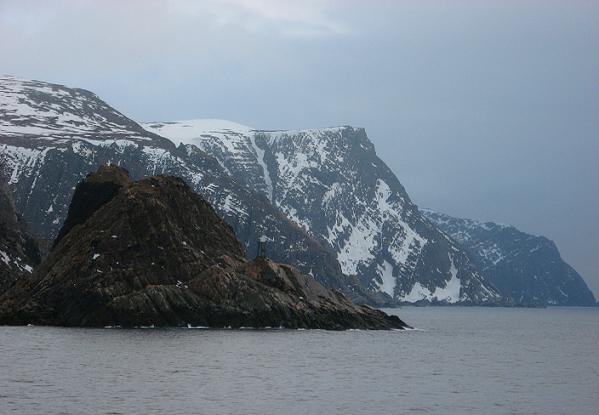 A chain of mountains
And then found a lot of those in my files. *grin* 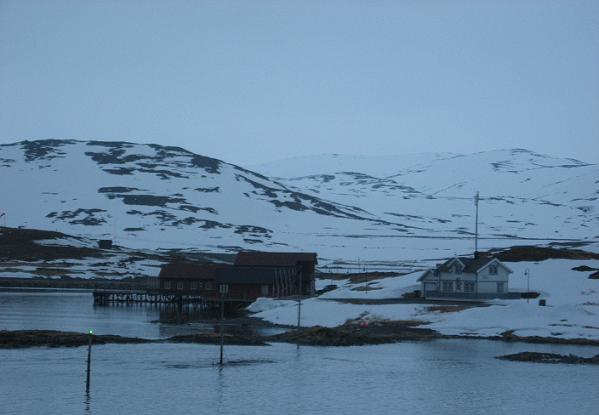 Blue Hour
This is the most lovely time of the day, though the weather needs to be not too cloudy for this particular light to appear. 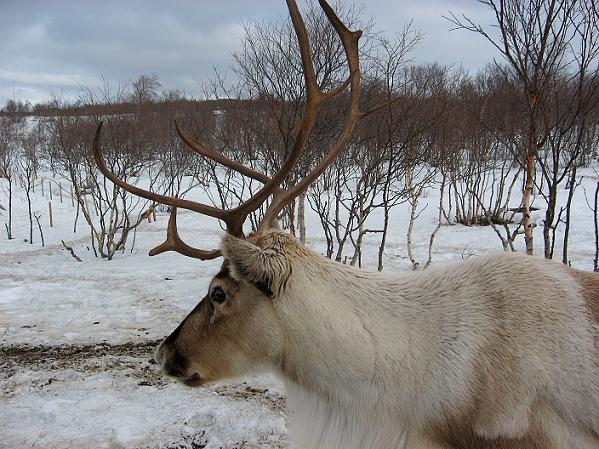 Reindeer
The big herds of those are further inland, but you can spot the occasional cutie on a private grazing. 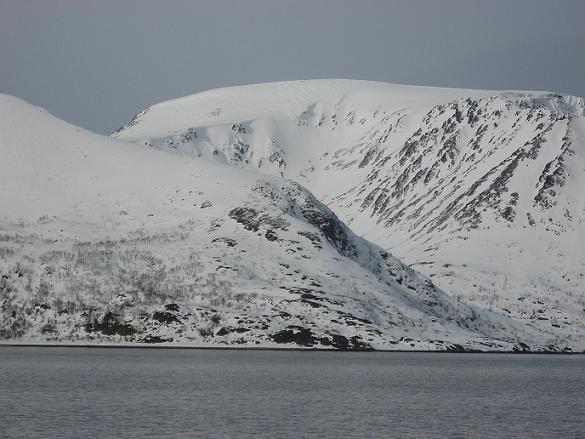 Snow covered mountains near Hammerfest
If we get more winters with so little snow, I'll move to Norway. ;-) 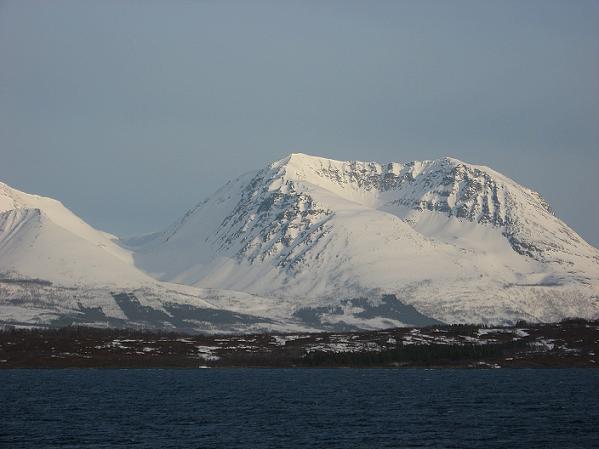 Mountains in the sunshine on the Vesterålen
Yes, there were some sunny days, or at least hours, too, and a 'wine dark sea', as the Greek say. 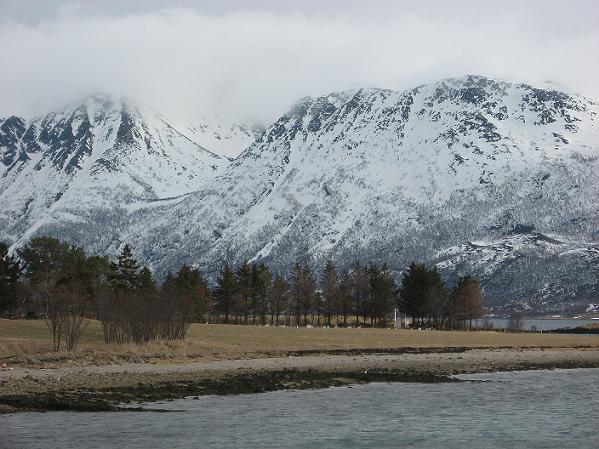 Another view of the Vesterålen landscape
This one was taken out of the bus window during a tour of the island. 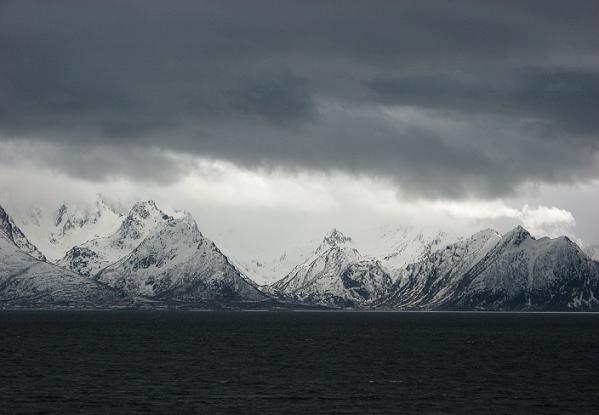 A storm comes up
And here we go again; the clouds playing drama queen. 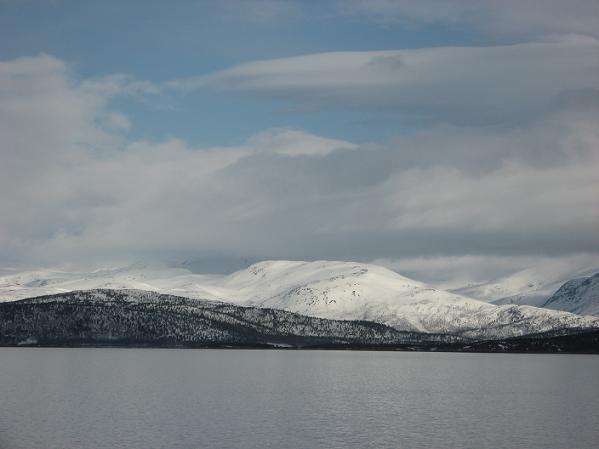 A glimpse of blue sky
And a few hours later, they look like the proverbial puppy that hasn't done anything. ;) 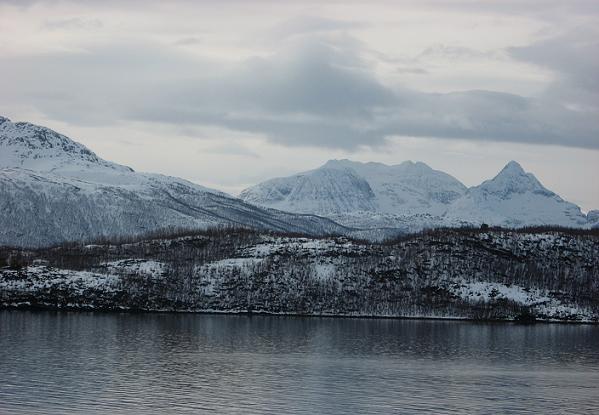 Another Blue Hour, muted version
There will hopefully more sea-and-land photos this year, from a different sea - the Baltic. I've been looking into cruises there. 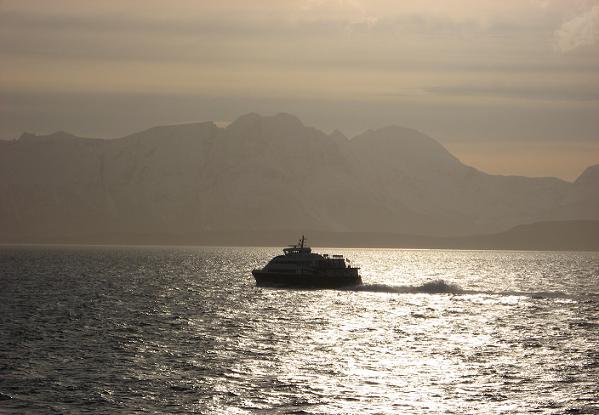 Sunset with fishing boat
A Viking ship would have been even more atmospheric, but those are rare nowadays.  ¶ February 02, 2012

What a splendid reindeer! That winter coat looks as thick as a bear's fur (I suppose it would need to be). I've seen reindeer disappearing over the far horizon, and seen a few in summer high on the Cairngorm plateau in Scotland; never seen one close up.

It sure does look cold over there. Thanks for the reindeer to break up the chill. :)

I don't know which makes me more jealous: the snow or the mountains. Hope you're staying warm. :)

Yes, the reindeer looked very fluffy-furred and warm. :) Though they didn't come close enough to be petted.