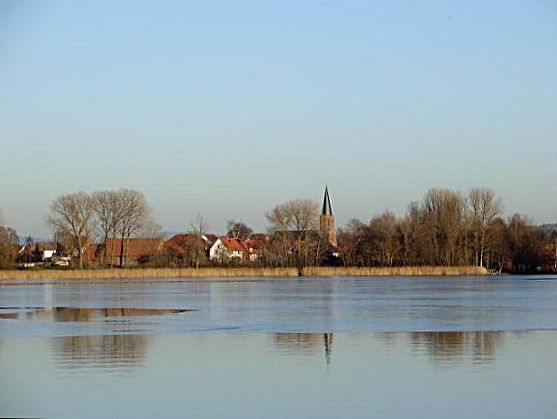 27 Dec 2005
Christmas Pyramid
Toymaking is a great tradtion in a south-eastern area of Germany called Erzgebirge, and among their most famous Christmas decorations are pyramids. They come in all sizes from table decorations with one "floor" to big ones for market places (those work with electricity, though, not candles). The one my parents have is a three floor table pyramid in natural woods. Every figure, every detail is handmade. 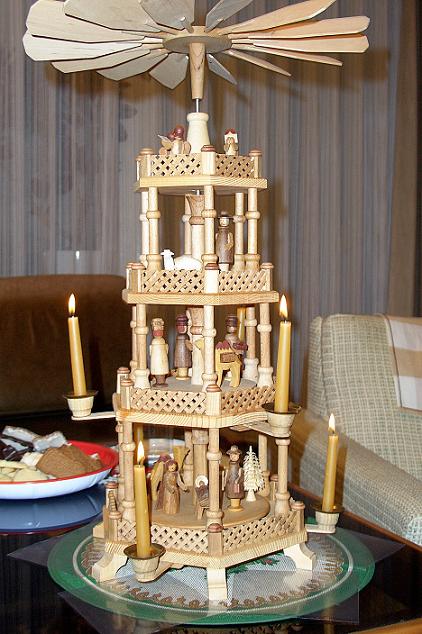 I have a one floor painted pyramid that has been in the family for three generations. The larger one my parents bought some 20 years ago and it has for many years now replaced the Christmas tree. 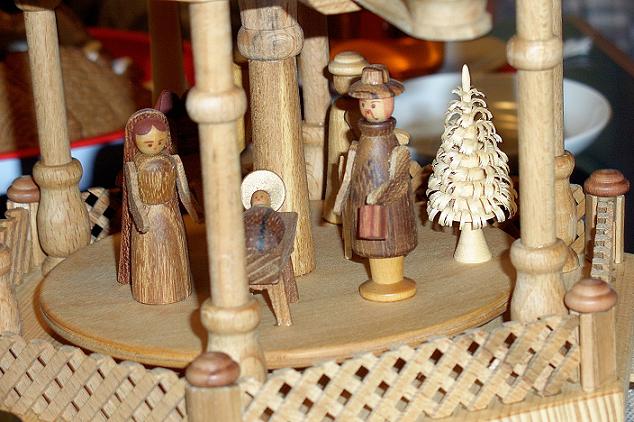 We got other Erzgebirge (Ore Mountains) Christmas decorations as well. 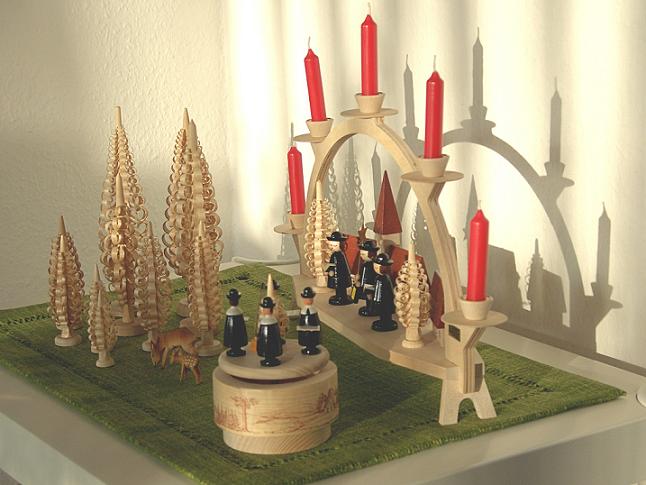 15 Dec 2005
A Ballad about Sir Walter Scott
Theodor Fontane adored the novels of Sir Walter Scott and visited Scott's home at Abbotsford. But he was well able to poke a wee bit fun at Sir Walter. As he did in the poem I translated here.

Sir Walter, he comes from Edinburgh town
To Abbotsford Manor, still empty and lone,
Therefore he brings with him to fill
The many rooms as to his will,
Chests and caskets, large and small,
And servants, dogs, to roam the hall;
And in between the things he found,
And gather'd and collected the countries round -
To set in a museum, the people to show.
Twenty-three wagons amounted the row.

The first wagon has old mem'ries to hold
Of noble king Bruce and Lord Balliol;
A stonecross, a comb, an ashfilled urn,
The lot came from the battle of Bannockburn.
An old sword, too, with runes engraved
That king Robert to the Earl Douglas once gave.

And second: a stone from the very donjon
That was the prison of Coeur de Lion;
Blondel's harp (lacking many a string);
The jewelled sable king Saladin did swing;
An ashen bow and a piece of old rug
Belonging to Robin and the gallant priest Tuck.

From Nancy, the third one already is here,
Containing the tent of Charles Temeraire -
A peasant had killed him too early in life -
And the lance he used, in the Manor'll arrive.
Some barber's basin (of gilded bronce)
That dates to the times of Louis Once;
And the ladder on which hangman Tristan stood,
Believe me, 't was made entirely of wood.

And then, a prettiliy mixed-up collection
From many a country and many a section.
A cape belonging to old Master Hans;
A saddle, directly from Prestonpans;
A spindle that was used by queen Maud,
The crozier that was held by archbishop Laud.
Two portraits, finely made of pastell
Showing the famous While Lady of ruined Avenell.
A white laced jabot that fit Darnley well,
And another that graced his murd'rer, Bothwell.
A mother-of-pearl cradle in which Mary lay
When she was baptized, for one single day;
The scaffold, directly from Fotheringhay;
And a book of prayers from unhappy Joan Gray.
The pulpit from which his sermons prayed John Knox,
And a giant whitepowdered wig from the older Fox.
A pistol from Cromwell, that one was still charged;
And from the battle of Flodden a whithered old targe.
And still things are coming, and more yet, and more,
A long row of wagons, three over score.

And on the last one, in sunrays' bliss,
Sir Walter himself, a happy man, sits.
He smiles, and he dreams, and he guides the wand
That will distribute all, with a knowing hand.
Be sure, a good place the whole lot will see
In Kenilworth, Woodstock, or Waverly.
To an abbey, a castle, a cot they will go
In Quentin Durward or Ivanhoe;
In Midlothian they may find their rest,
Or in Montrose's noble quest.