15 Jul 2007
Let's Go Swimming
Here is another picture post. This time it's some Roman baths at the Hadrian's Wall. 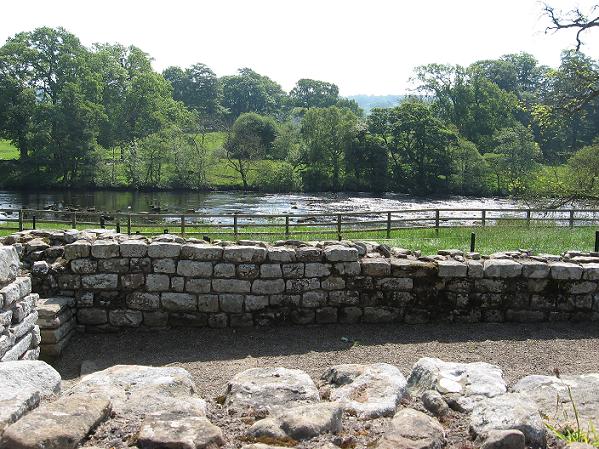 Cilurnum (Chesters), view from the bath to the river Tyne

And proof that the sun shines in Britannia, sometimes. It was a lovely day. I sat in the grass and had some tea while enjoying the view. 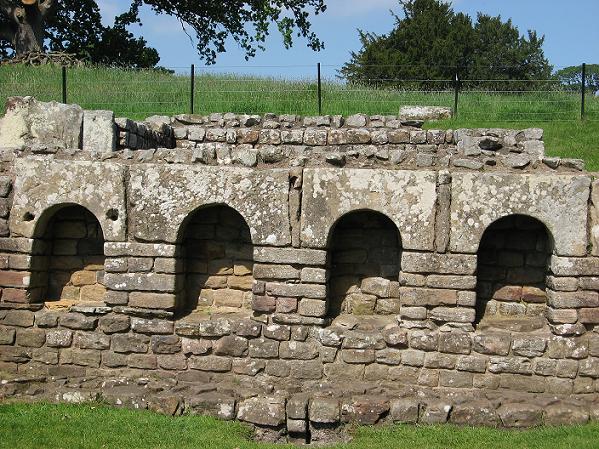 Cilurnum, anteroom of the bath
The other side from where I sat. The niches are not clothes' lockers, but places where statues would have stood. 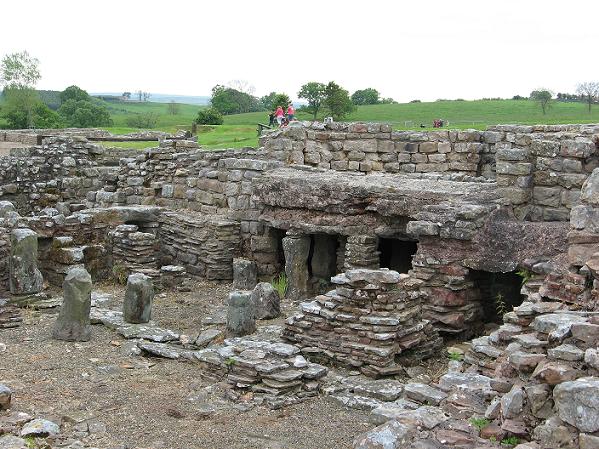 One of the baths at Vindolanda, remains of the heating system
Though the sky was overcast, it was warm enough I'd have enjoyed a nice swim in a cool pool. Well, I got one in Haltwhistle public pool the other day. There's nothing better than an evening swim with the sun peeking out from the clouds and sparkling on the water. 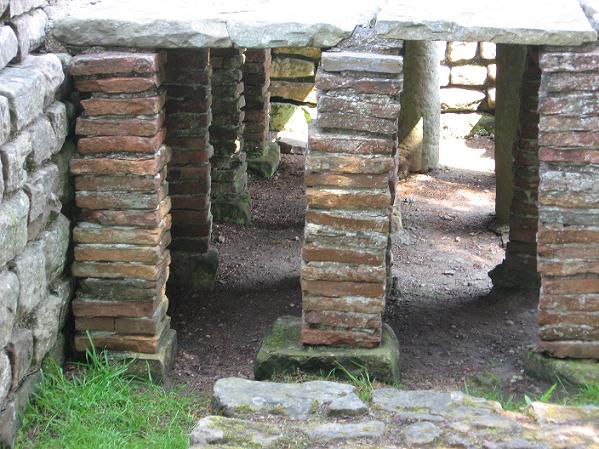 Remains of the hypocaust system under the Commander's House in Cilurnum (Chesters).
In Rosemary Sutcliff's novel The Silver Branch, a hypocaust system, unused in summer, serves as hiding place for the MCs and a certain bronze eagle.
¶ July 15, 2007

Comments:
Awesome pictures. I didn't get to see the wall, but I did spend quite a bit of time in Bath. I saw the baths there, went through them, and took a cool picture of Bath Abbey (also with proof that England does indeed have sunny days). Thanks for sharing them with us.

Bath is one of the places I want to see - as is Canterbury, Winchester and a dozen others. And Wales. Why can't I win the lottery already? But no, the win goes to silly guys who buy a lot of cars, have a lot of parties, and after two years nothing is left of the money and they have to sell the cars. ;)

I didn't make it to Canterbury or Winchester, but I did travel through Wales (when you do get the chance to go, travel by train, the scenery is amazing- oh and try to make it to Hay-on-Wye, it's a small town close to the border with England that has like 41 used book stores).

Great photos, Gabriele. I haven't seen this part of the wall. Hubby and I worked in London for six years and managed to see quite a bit of the country while we were there. It might not always be sunny but it's very green! I adored Ireland. The scenery reminded me of home.

Though this year the one in my garden is pretty green, too - we had more than out share of rain. ;)

I've been to Bath and Wales, but not north Wales yet which is where I really want to go. :-)

Nice photos. Just add some computer generated 'what it used to look like' drawings on top and you're all set.

Wales would be cool - lots of castles and sheep, lol, but I'm afraid that place would give me plotbunnies. And then I'd have to research names with lots of l, g, and y, with the occasional w thrown in.

Constance,
I do that mentally. :)

Bernita,
you should travel to Europe and see some of those old stones yourself. :)