12 Jul 2007
The New Garrisons
Here are the new garrisons of some Roman forts at the Hadrian's Wall. *grin* 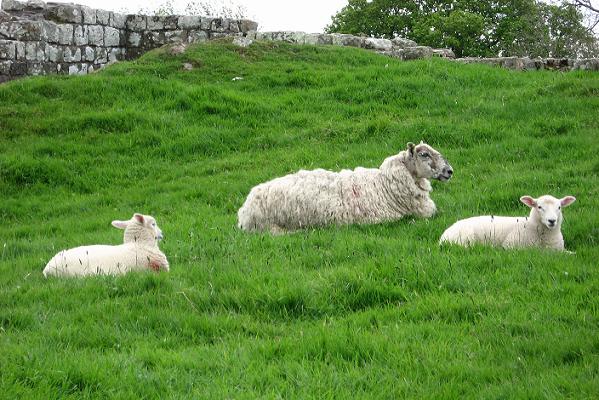 Ain't they cute? It took me some tries to get them stay down - most sheep would rise and walk away the moment I approached them. Starlets they are not, lol. 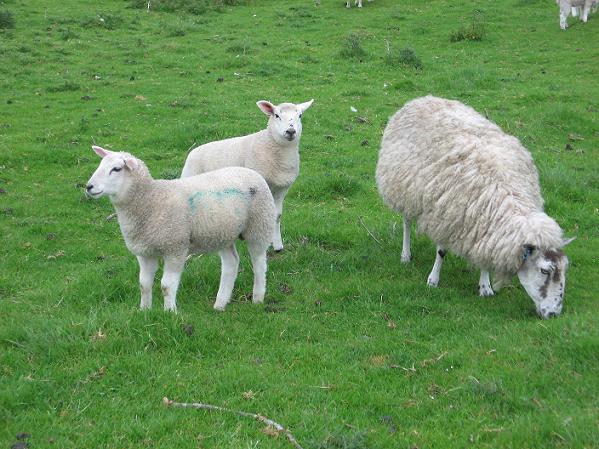 Housesteads
They are everywhere, and the little brown things they leave behind are everywhere, too. Which is less cute. But you still can't resist the charm of some curious lambs. I caught several shots of these before they realised I was photographing and decided to show me their wiggly waggly tails instead. 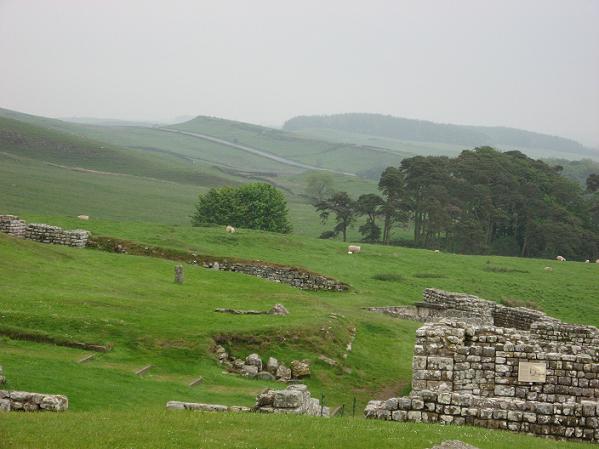 Remains of the latrines at Vercovicium (Housesteads) to the right
I wish the sheep would use that one.   ¶ July 12, 2007

Comments:
Gabriele! Sheep aren't cute! They're evil, they're GC spies! Just look at them: they're up to something. Making plans for world domination probably... ;)

I think a modern toilet is a bit more comfortable. ;)

The heat of summer and they have there dress wool uniforms on and the collars buttoned.

The legions would be proud!

Heat of summer? In northern Britannia? There's a Vindolanda tablet from a soldier asking for warm socks. ;)

Ah, I love sheep! And I Love your photos too.

Thank you, Wynn, Bernita, and Marie. I love my digital camera. :)

The sheep at Kinder Downfall and Win Hill in Derbyshire have learned that walkers are a likely source of food and will come and mug you for your sandwiches. I once saw a family of four on Win Hill summit back-to-back defending their picnic against a ring of sheep for all the world like a wagon train surrounded by Apaches. Wish I'd had a camera :-)

Lol, I met some in the Highlands that tried to waylay me - not for food but because they didn't want any tourists in an area where there were few to begin with.

I left the trail and walked around them. Bäääh. :)

Lol, I was thinking more along the lines of 'I want a 2000-year-old crumbling stone wall' :P

The photos of the wall bring back some great memories. I loved visiting England and Hadrian's wall.

Awesome photos, thanks for posting them. They make me wish I could go back. Sigh

They are, Susan. And so many of them. But that way I caught a mistake in one of my NiPs - I said in the Time of the Lambs the nights are still long, and thought lambing time was April as in Germany. But it looks like it's more May in nothern Britain.

Lambing time in northern England is normally April. The lambs in your pictures look a couple of months old to me (not that I'm an expert). Down here in the south it's more like March. In the Highlands of Scotland lambing time might be as late as the first week in May. But with modern agriculture some farms in the lowlands have their flocks split into groups that lamb at different times (the farmer in my village has 4 groups so one or other of them is lambing every 3 months), this way they get a continuous supply of lambs of the right age for eating.

That would make a difficult tool for telling the time. In the time when Bardoic's flock no 1 is lambing .... :)