1 Apr 2008
Aelius Rufus Visits the Future - The Baths of Segedunum
We left the tower and went to the bath house, the one truly Roman looking feature on what Merlinius called 'the site'; obviously a modern word for the places where they'd dug out our walls and some terra sigillata. The baths were modeled after the ones in Cilurnum where quite a lot of walls had been found, Merlinus explained. People in the future were pretty interested in Roman baths. 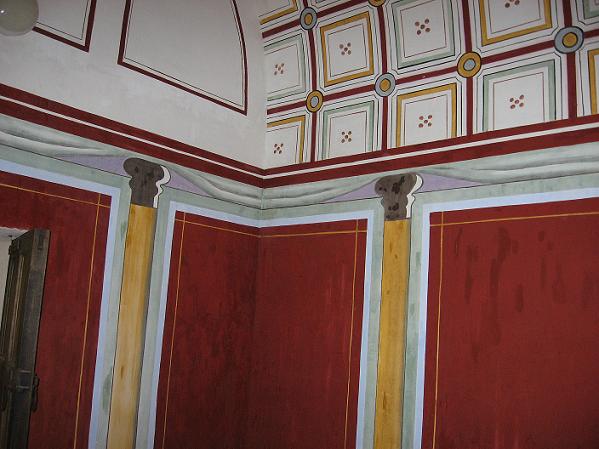 Baths at Segedunum, details of the wall paint

"Don't they have any baths these days?" Gaius asked.

"They do," Merlinus said, "but they have only tubs and something they call showers in their insulae, and public indoor and outdoor swimming pools in most towns. Some also have what is called a sauna, a bit like the laconicum, the hot dry room. It is considered bad manners to stink."

"So, even the barbarians at the Wall have adopted baths?"

Gaius grinned and slapped my shoulder. "See, Roma has conquered them in the end, and taught them civilization." 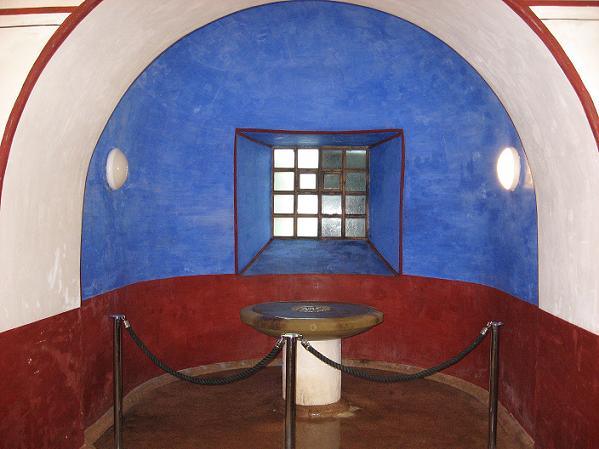 Fountain in the tepidarium, the warm room
We went through the changing room (the apodyterium) into the frigidarium, the cold bath. Pity we could not really use it but with all those tourists around, it might not have been much fun. I did not want to appear on those camera thingies wearing nothing. Not that I'm ashamed of my body which is in very good shape, but the sight of nude men always makes the girls giggle.

We strolled over to the tepidarium, the warm room, complete with fountain and some very blue paint. Merlinus muttered something about a "vain attempt to recreate the sky over Rome, which is often veiled by all that smoke anyway." There were no slaves who'd scrap the bathers' skin with scented oil, and I wondered if people used electricity for that in the future like with the cranes. 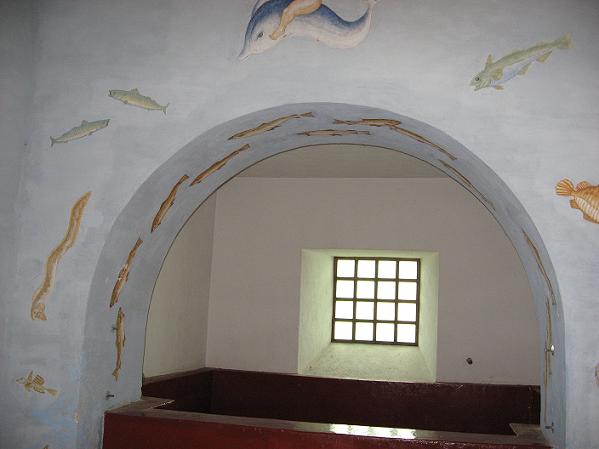 Hot bath, caldarium
There was water in the caldarium, the hot bath, but obviously not really hot since the steam so common in this room was missing. Though we learned that the baths were fully functional with a Roman underfloor steam heating system heated by furnaces outside the building.

In one wall we found a niche with a little statue of the fertility goddess Ceres holding a bundle of wheat gleans. It was rather crudely made.

"I wonder how that guy received the status of immunis," I said. "Anyone can slab some paint on a figure like that."

"Maybe he was the best they could find, or he knew someone who knew someone. You know how it works," Gaius replied. 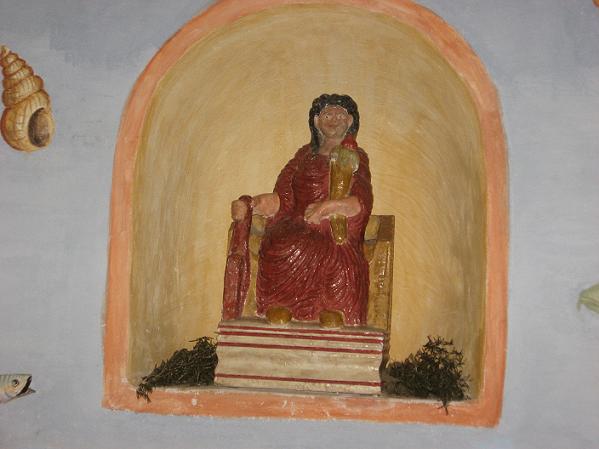 Wall niche with goddess figurine
The immunes were soldiers exempt from some of the more tedious duties like guard service, because they had special skills. Among them were drill sergeants, artisans, clerks and the medical orderlies. Some brought their skills because of their background, but others like weapons instructors or cavalry troopers - the legionary ones, not the auxiliary - received training as discens before they got promoted. Officially, they didn't receive extra payment, but bribery was pretty common.   ¶ April 01, 2008

Comments:
Ah, the baths. I must have some Roman blood in me somewhere. I love me a nice long (very long) soak in the bath.

You'd think the frigidarium would be sort of surplus on the northern frontiers. ;) I bet there was always a mad rush for the caldarium at the end of the day!

On a side-note, I always wonder if sluicing themselves down with olive oil actually worked.

Lol yes, I like me a nice hot bath better, too. If I want cold water, I prefer an entire lake so I can really swim.