26 Aug 2008
Charming Chester
This post was triggered by the mention of a Fantasy Con to be held in Chester next summer I found on Joe Abercrombie's blog. So for him and anyone else who wants to go to Chester, here are some photo impressions I took when I visited the town in May. 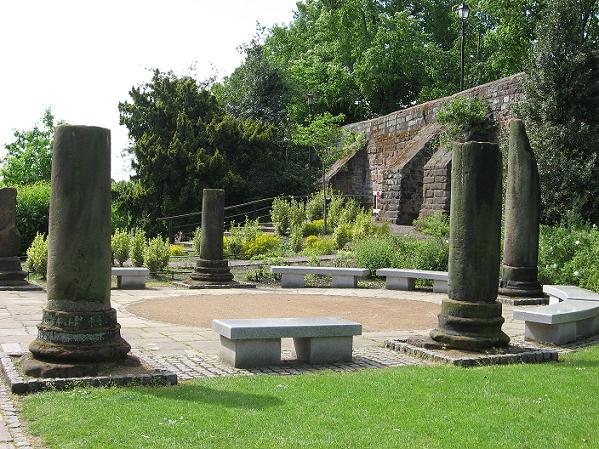 Roman Garden in the morning sun

Not exactly a Roman garden, but a garden decorated with genuine and reconstructed Roman pillars, statues and other artifacts. A pretty little park directly behind the remains of the amphitheatre. 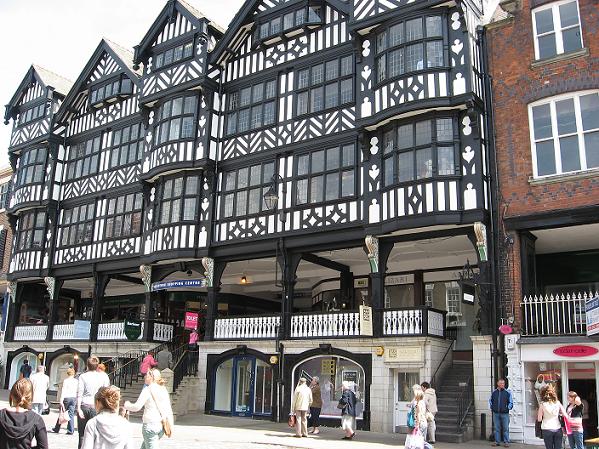 Half timbered houses
Not all of them are Medieaval, though. Chester is very much a Victorian image of the Middle Ages, but there are genuine remains as well. Today the centre with its pretty white and black houses is a tourist magnet and giant shopping mall - only a lot more beautiful than usual. 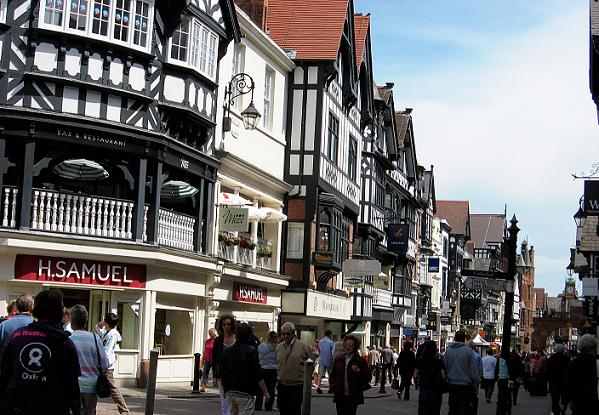 More old(ish) houses in the centre
You see, it's impossible to get pics without people, and on a bank holiday that was even more a problem. Chester was rather crowded. 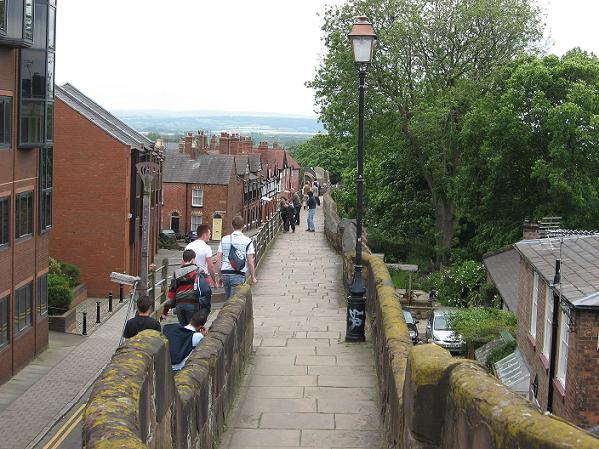 Walk on the town wall
The town walls surrounding the centre of todays Chester, built on Roman remains and enhanced in Medieaval times, later repaired after having been damaged in the Civil War, are the most complete in an English town. You can walk around town on top of the walls. 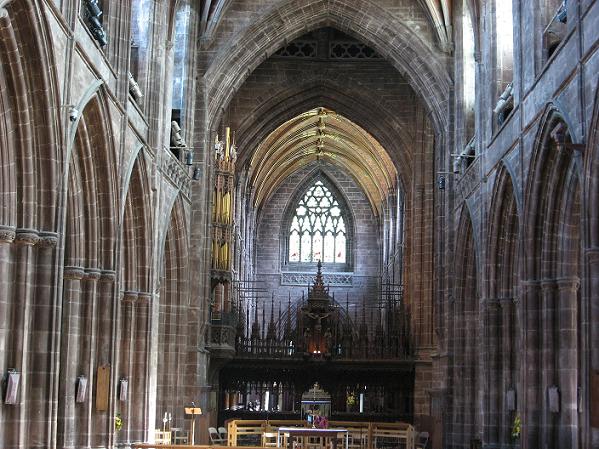 Chester Cathedral, interior
One of the remaining Mediaval buildings is the cathedral, not as large as the York Minster but still very impressive, especially inside. A peaceful place after the crowds in the streets. 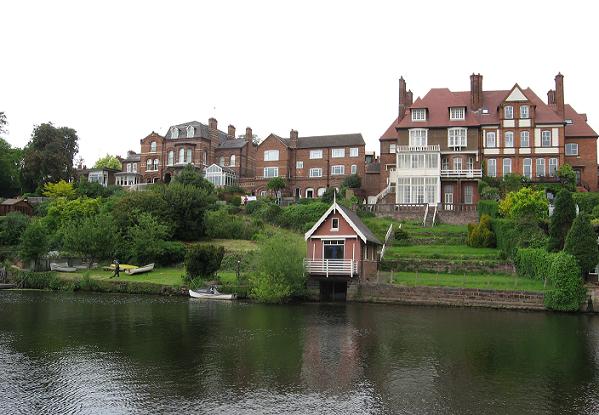 Victorian houses at the Dee river
The Victorians loved Chester, and the townside bank of the river is framed with their fancy houses. A river cruise on the Dee (you know how much I love river cruises, so of course, I took one) is a travel back in time.   ¶ August 26, 2008

Beautiful pictures. I have fond memories of Chester.

Lovely pics - I especially like the one of the Cathedral

Thank you, Bernita, Ann and Lady D. Yes, Chester is a pretty place.

The Cathedral is great. It has an interesting juxposition: A restored pre-Reformation Rood Screen with a modern period altar.

Lovely pictures of a lovely town.

I've only been to Chester once, about 10 years ago. It was gorgeous - I must go back one of these days.

Oh I LOVE Chester - was there years ago. Such a lovely place. The photos brought back memories.

The curate in the church was furious because they had just had a big wind storm, and a lot of the stained glass needed to be worked on, and they didn't have the money!

Lovely! I was in Chester several years ago and while I was walking on the wall taking photos an old gent came along and asked if I'd like him to tell me what everything was. Turns out he was head of the historic society there and had written a book called"The Deva Patrol" which he gave me. I actually taped his narrative as we walked around the walls and took a lot of notes and photos intending to write a story about it (travel article) but never got around to it. Now, looking at your lovely pictures I know I must go back there.

But I did meet a member of a Roman reenactment group who gave me a guided tour of Roman Chester.

I'd forgotten how beautiful the place is. It's been ages since I went for a visit, and these photos brought back wonderful memories. Thank you. I need another trip back, soon.

Thank you, Barbara. I'll hope you can see Chester again.

Chester isn't a town, it's a City!

From an old Cestrian.