4 Aug 2009
West Highland Line Impressions
This one can probably called a pic spam post, lol. Just some photos I took on the train from Glasgow to Oban. I'm very busy writing right now and too lazy to do a long post. 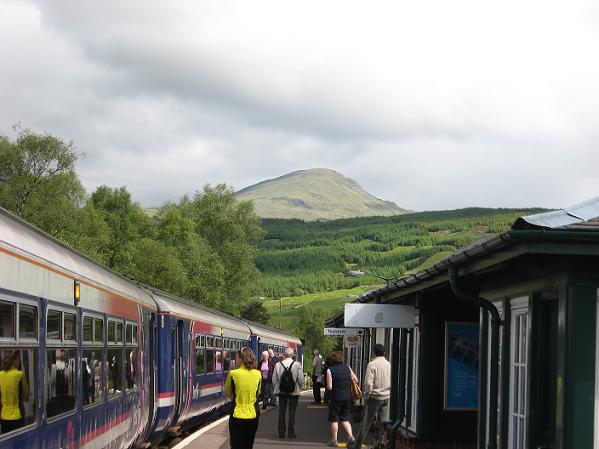 A train of the West Highland Line

The West Highland railway line is considered one of the most scenic in the world. It goes from Glasgow to Fort William and Mallaig, with a side line branching off to Oban at Crianlarich. 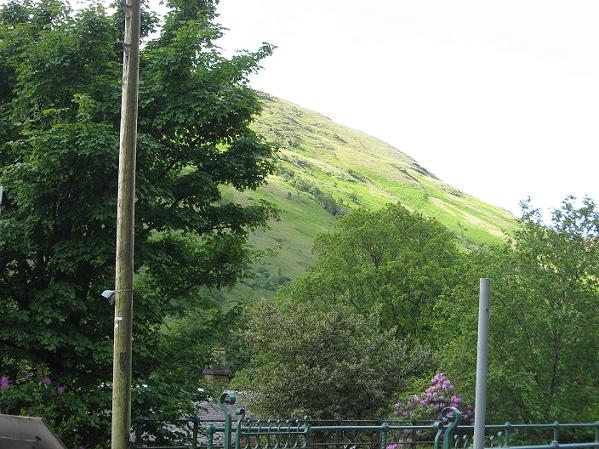 Highland mountains
Ten years ago I took the route all the way to Fort William and a few days later to Mallaig to cross over to Skye. This time I rode the train to Oban, and kept holding the camera out of the doors at interesting stops on the way. 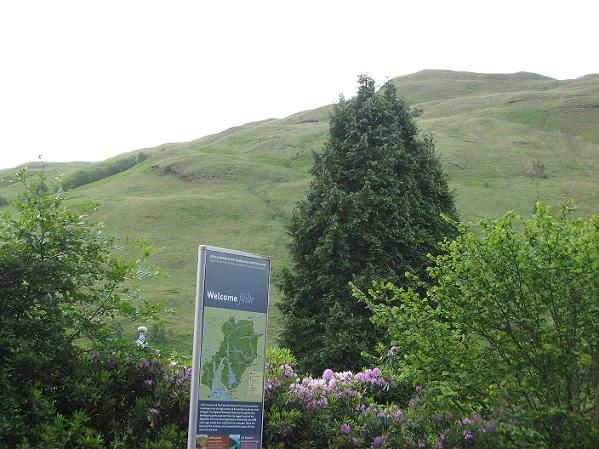 And look, more mountains
The mix of sun and clouds made for an interesting light in some photos. But the day was rather warm and nice overall.

The train stopped in Crianlarich for a few minutes and I could step out on the platform and take photographs of the surroundings. 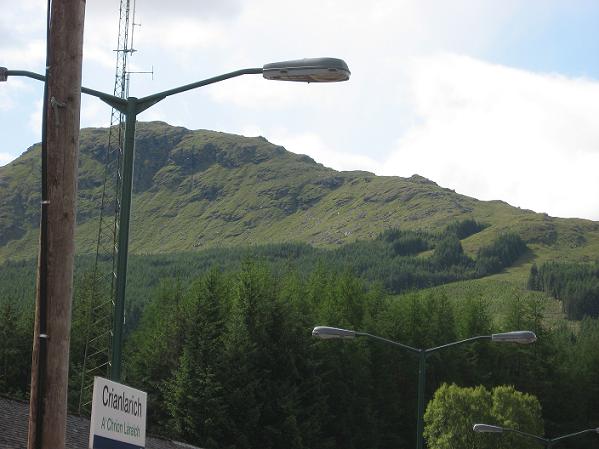 Mountains rising behind Crianlarich station
Crianlarich is truly in the Highlands, surrounded by high mountains. But the official beginning of the West Higland Line after it leaves Glasgow's suburbs is 'Arrochar and Tarbet' at the entrance to the famous Loch Lomond. 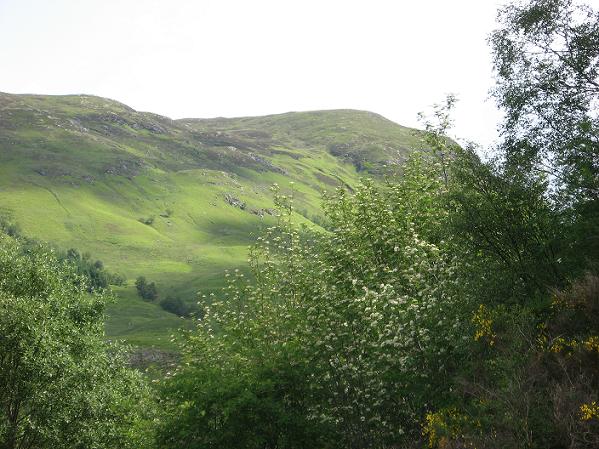 Sun and shadows
It was very difficult to get good photos out of the moving train, but I was lucky that a few turned out to be not too blurred. 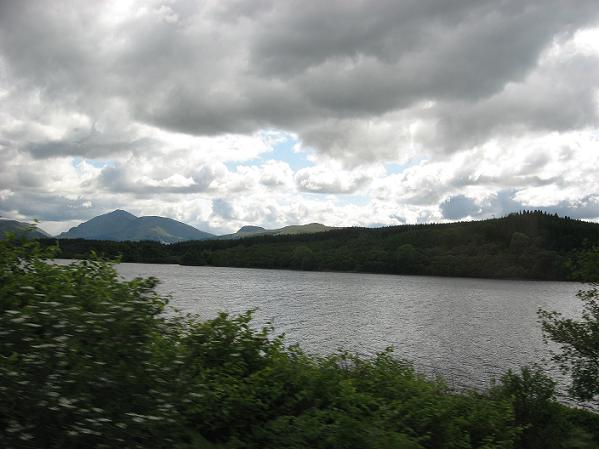 Loch Awe
The train runs along most of Loch Awe, opening one spectacular view after the other before it passes along the Falls of Cruachan into Oban.  ¶ August 04, 2009

Comments:
Great pics, considering you took them from a train!

*bounces in* Gorgeous pics, the highlands are so beautiful :)
So you've been to Scotland again?

Smarty! You're still on this planet? I was afraid some Roman space ninjas had kidnapped you. :)

Thank you, Lady D and Xenith. Yes, Scotland is very green in many places.

I've never quite made the time to travel that line, I'm regretting it more than ever now, especially as they seem to have taken off the old trains and replaced them with anonymous units. Still: it needs doing. Thankyou for pictures as ever.

Lovely photos, especially Loch Awe. I once walked the northern half of the West Highland Way from Crianlarich Station to Fort William, catching the train back afterwards. Marvellous line.

Tenthmedieval - if you go in the summer, they run regular steam specials on the line from Fort William to Mallaig.

I really like the first photo, Gabriele. Happy writing. :)

Tenthmedieval - Found the link for you with all the info, here. (Tried emailing you, but I'm not sure the address is right).

Sorry to hijack your blog, Gabriele!

I'd never have guessed that you took these pics from a train - they're lovely!

Thank you, Carla, Shelley and Alianore. And no problem about hijacking the thread, Carla and Jonathan - lol, the West Higland line operators should give me a free ride next time for the advertisment. :)

Alianore, only the last two pics are actually taken out of the moving train, the others at stops. I've sorted my pics from the bus tour through Mull now and I indeed managed to get a few decent ones from that as well. .

Wonderful impromptu photos of the mountains!