18 Oct 2009
Vintage Cars
I mentioned that we also visited the VW Works in Wolfsburg, a visit that turned out interesting even for a non-car geek like me. We saw part of the production, but of course, it was not allowed to take photos there (can't make it too easy for the Chinese *wink*). But it was OK to do so in the Vintage Car (Oldtimers in German) exhibition. So here are some fun old cars. 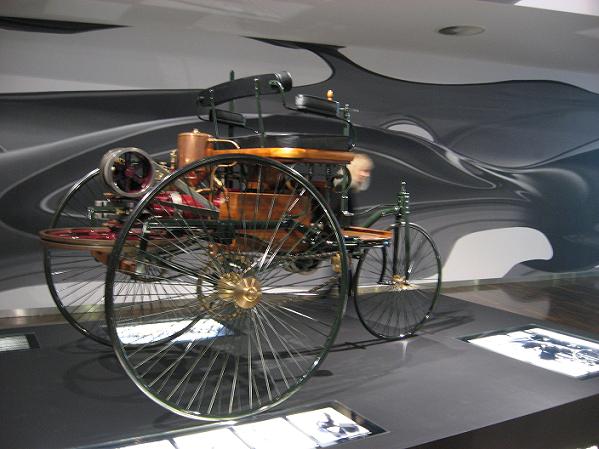 It looks more like an XXL bicycle that has sprouted a third wheel, but the thing does indeed have a motor. Unfortunately, my brain didn't remember all the names of those cars. There were more than just VW models in the exhibition. 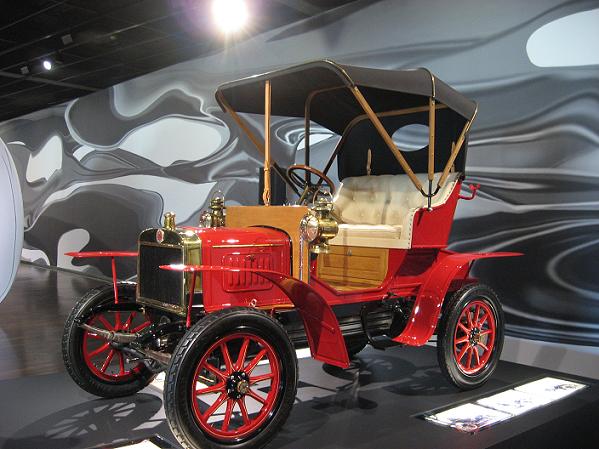 A coach without horses
Also a very old model. It looks like bit like a horse coach, but the power of the engine was more like that of a barouche landau. Though I'm sure Mrs Hugh Elton would have found it stylish had she lived a bit later. Or she might have prefered the model below. 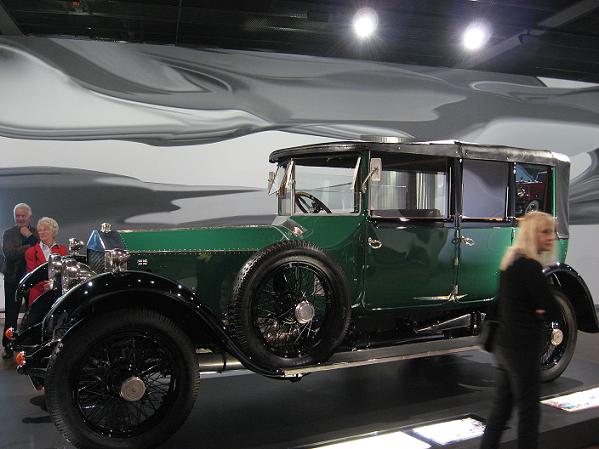 A beautiful, large one
That one looks like the typical oldtimer. They had a number of those big beauties, all polished to a shine. But while the presentation background was really cool, it made for difficult photographing. Plus, people frequently crowded the cars. 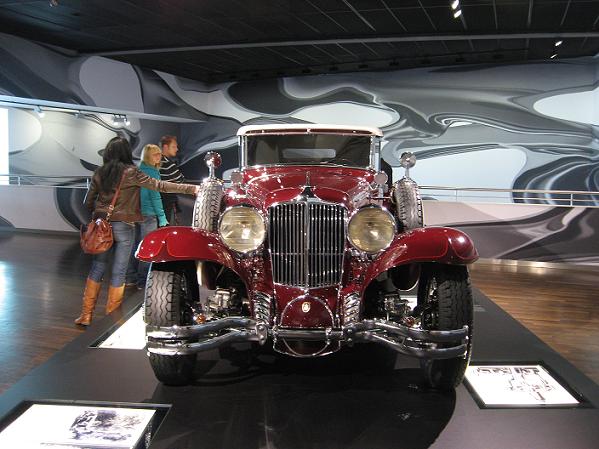 Front view with eyes
The front view of one of those big, beautiiful vintage cars. I think that one already has electrical lights, not carbide lamps, but I'm not sure. Maybe my father will remember. But it does have a shiny bumper. :) 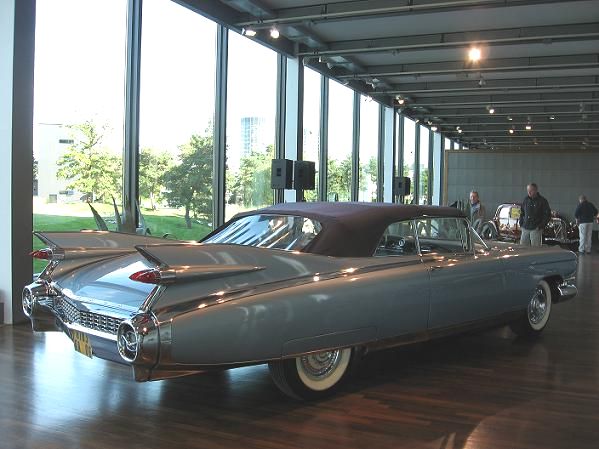 A shiny rocket - a Cadillac
It looks really flashy with those rocket-like thingies (tail fins, thank you Hank and Carla) along the back. A show off car, I bet. Probably drank gasoline like a blood-starved vampire, too. *grin* 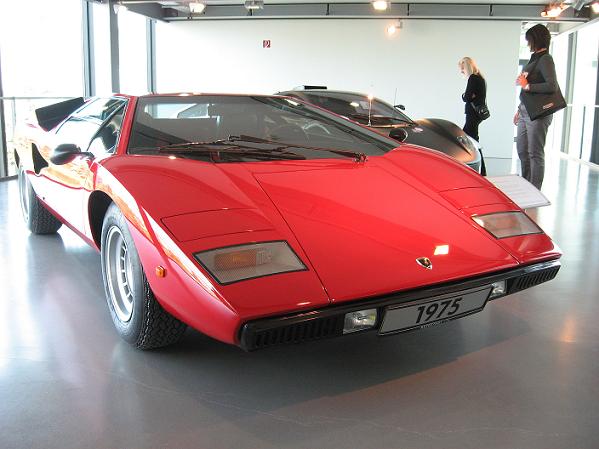 A Star Trek model
Well, it's not really a car used in Star Trek, but it looks the part. You can imagine Spock looking at it in his usual expressionless way, "and I am supposed to ride in that?" An Isetta
An Isetta, or bandaid-bomber (because you could repair it by slapping some bandaid on it). I asked my father to stand beside it so you can see how tiny those cars were. The entire roof opened for the passengers - it can hold two - to climb in. 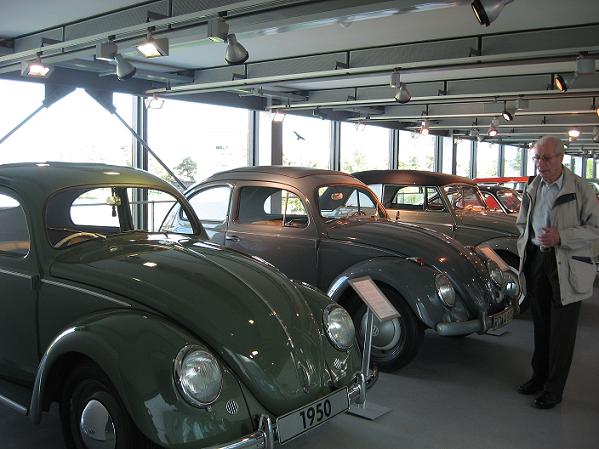 A row of Beetles
Now we come to some of the true stars of VW, the Beetle or Käfer as they are called in Germany. That model was around with slight changes for I don't know how long, a true Volks-Wagen (people's car) because it was affordable for many. 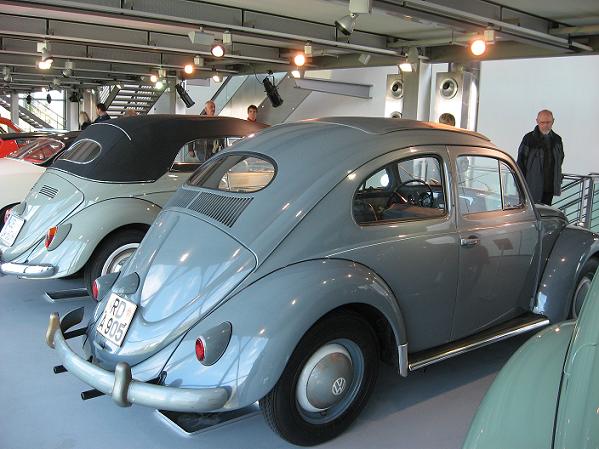 'Our' Käfer
We had one, too, back in 1968 when I was a kid aged seven, my father's first car. We lived in Stuttgart then and I still recall tours to places nearby like Ulm with its great cathedral, and Lichtenstein, a castle that became famous thanks to Wilhelm Hauff's novel in the tradition of Sir Walter Scott's historical fiction. 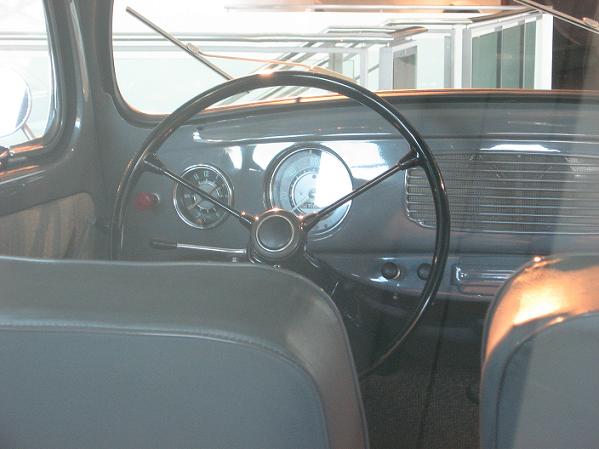 Interior of the Käfer
Yeah, the interior of cars has changed a lot since the 60ies. But no modern AC and heating system beats the old hole under the backseat where the warm air came out. It was the only car in which I never had cold feet.   ¶ October 18, 2009

Ironically, we've recently "inherited" a 74 SuperBeetle from my mother. I hadn't been in it since I was a little kid, so the hot air at the feet was a little surprising! ;) It's amazing how well it cools, too!

My first car was a VW, not pictured one of the small station wagon types, a neat car.

Yeah Stag, I guesses that was a post for the guys. :)

Hi Nonny,
a 74 Beetle? Wow, those cars stick around a long time. I wish you a long, happy relationship with it. :)

Thank you, Hank and Carla. Added the tailfins to the post.

I really do love the OLD cars. I got my first car when I was just a lad in the 50s, beautiful car. My mother made a new canvas soft top for it and it had a dicky seat. I was not old enough to drive on the road, but I could drive it on our private road. A friend gave it to me.
I came home one day and found my car gone, my Father had sold it to a scrap iron merchant for ten pounds. I never forgave him for that.
Le Loup.

Great pics which were such fun to look at, and I'm not even interested in cars! :) I love the second pic especially - the old red car. Lovely!

Le Loup, that was indeed a bad thing your father did. Ten pounds were worth a lot more than today, but there are still things you can't count by their monetary value.

Alianore, the oldtimer exhibition was indeed interesting. I didn't care much for the new models also displayed there, and fortunately, neither did my father. :)

It is not a Chrysler, it is a Cadillac. A world of difference.

Thank you, Mason. I checked it and you're right, according to some pics I found online it looks like a Cadillac. Corrected the post.

I know a lot more about the Romans and Medieaval castles than about cars. :)