30 Oct 2010
Happy Halloween
I wish everyone a happy Halloween. Don't get scared by those carved pumpkins. ;)

Here be some monsters for you: 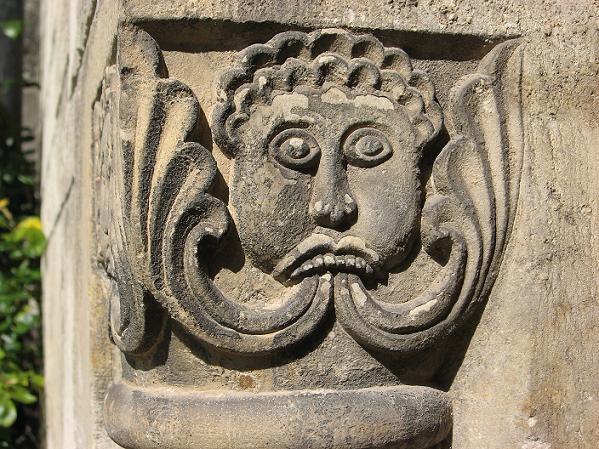 Mediaeval masons came up with some scary and grotesque things and for some odd reason always put them in churches and cloisters. All of those are Romanesque. 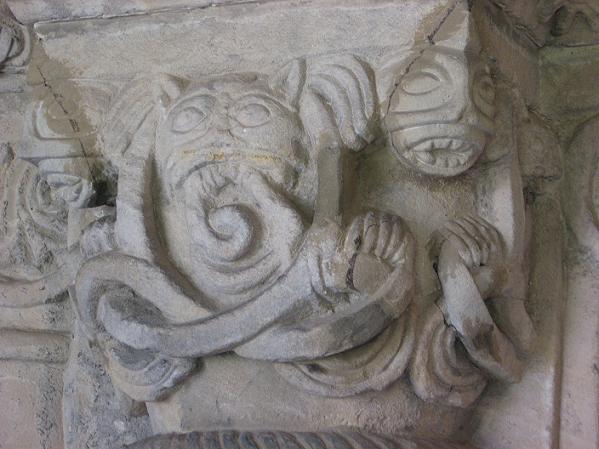 Semi-relief capital in the cloister of the Romanesque chapter church in Gernrode / Harz
Another cutie from my Mediaeval Monster collection: 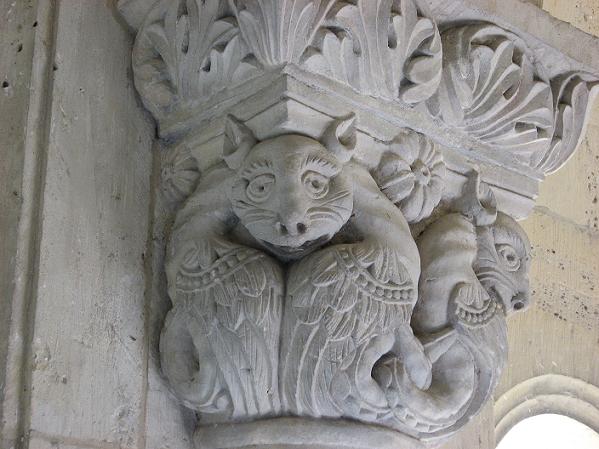 Comments:
And a Happy Holiday to you as well. Oogie boogie and all that great fun.

Happy Halloween to you too, Gabriele! I love that second pic, from Königslutter. What a cutie!

The feathered puss is quite enchanting.

Happy Hallowe'en. Is the first picture related to the 'Green Man' carvings - a human head with foliage coming out of the mouth, or sometimes a human face looking out from a mass of leaves - that you sometimes see in English churches?

That second one is cute indeed; I wonder if it would make for a good pet. Imagine walking around with that sitting on your shoulder, lol.

Carla,
I'm not sure about the tradition in which the first carving stands. English masons were rarely involved in building German churches, but the motive may have a common root somewhere. We do have tree-shaped genealogies of Jesus with thie figures or faces coming out of the branches, but those are later.

I love that second figure- what a sweetie :)

The Green Man is found independently in many diverse cultures around the world, but Green Men motifs similar to Gabriele's one are particularly found in Germanic nations, including Germany, Iceland, and England. The theory is that the Green Man is the remnant of pagan religion - fertility symbol, nature spirit etc - and that he was allowed his place in Christianity as part of the pragmatic "don't fight it, use it" approach also taken over pagan festivals and such.

Henry Treece weaves him into his amazing novel "The Green Man", which is set in 6th century Jutland, and based on "Amleth's Tale" from Saxo Grammaticus's "Gesta Danorum". Blood galore, sex and black humour - I don't know why Treece has fallen into oblivion!