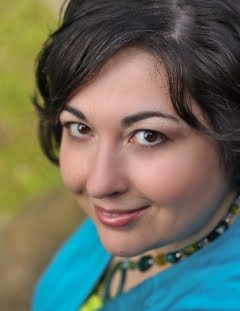 Stephanie Dray is the author of a forthcoming trilogy of historical fiction novels set in the Augustan Age, starting with Lily of the Nile: A Novel of Cleopatra's Daughter. Before she wrote novels, Stephanie was a lawyer, a game designer, and a teacher. Now she uses the transformative power of magic realism to illuminate the stories of women in history and inspire the young women of today. She remains fascinated by all things Roman or Egyptian and has–to the consternation of her devoted husband–collected a house full of cats and ancient artifacts.

Stephanie Dray is currently sponsoring the Cleopatra Literary Contest for Young Women, the deadline for which is March 1, 2011, but join her newsletter now for updates and a chance to win a free copy of Lily of the Nile and additional prizes.


Today, Stephanie stops by at The Lost Fort on her blogtour and will tell us about:

Isis Worship in the Ancient World
Today, we take for granted the concept of personal spirituality or a relationship with god. In much of the ancient world, however, religion was a covenant between the state and the divine realm. All of this started to change with the rise of henotheistic mystery cults, and as a forerunner of Christianity, the Isian (or Isiac) religion was one of the few in the ancient world to concern itself with social justice. In challenging temporal authority, the spread of Isis worship nurtured a nascent concept of personal spirituality without which our world might be very different today.

So what do we know about how Isians worshipped? Sadly, not much. 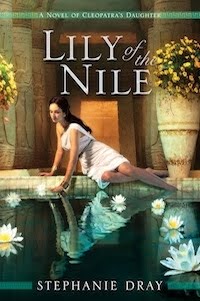 Isis was a fertility goddess, so there were certainly fertility rites. What form these rites took, however, is a matter of some debate. While no record of Isian mystery rites has survived, Isiacism was a syncretic religion that embraced the rites of other goddess cults. What we learn about the orgiastic rituals of Inana, Ishtar, Cybele and others are probably true of Isianism too.

Certainly, we know that the phallus was an important religious symbol for the Isians, presumably because it was the last part of Osiris' dismembered body that Isis could not find (at least according to the story as recorded by Plutarch). A phallus is also a very simple expression of basic reproduction and this was not shameful to ancient cultures. But the rites may have gone beyond the symbolic to embrace temple prostitution.

Given the later reputation for chastity enjoyed by the Isians, it would be easy to blame Christian propagandists for inventing the accusation of harlotry to denigrate a rival cult. And yet, mentions of sexual initiation rites in female cults predates the Christians and can be found in Hebrew scripture. The censorious Romans wrote often about the supposedly immoral conduct of women within the Temple of Isis and it’s important to note that the Egyptian culture that created this powerful mother goddess had an entirely different attitude towards sex and marriage. Joyce Tyldesley writes in Daughters of Isis: Women of Ancient Egypt (1), that pre-marital chastity was not particularly valued in ancient Egyptian society. Illegitimacy carried with it no serious stigma, and marriages were sometimes not recognized until after several children were produced. Moreover, there is a legend that Isis had herself served as a prostitute in Tyre, which lends some support to the possibility of orgiastic ritual.

However, as one of the oldest religions of the world, Isianism was constantly evolving. As asserted by Ruth Tucker & Walter L. Liefeld in Daughters of the Church (2), "the religion of the goddess Isis spawned both temple prostitution among some and sexual purity among others at the same time."

Both men and women were admitted into the Isian priesthood and both donned sparkling white garb. Each day the cult statue of the goddess would have been washed, dressed, and adorned with jewelry. Whereas most Roman temples were open to the street so that the public business could be seen, many Isian temples were enclosed for the privacy of worshippers, to foster a sanctum in which suppliants could find a connection to the goddess. This led to suspicion early in the empire, but eventually Isis would become the darling of Roman emperors who actively promoted her cult. 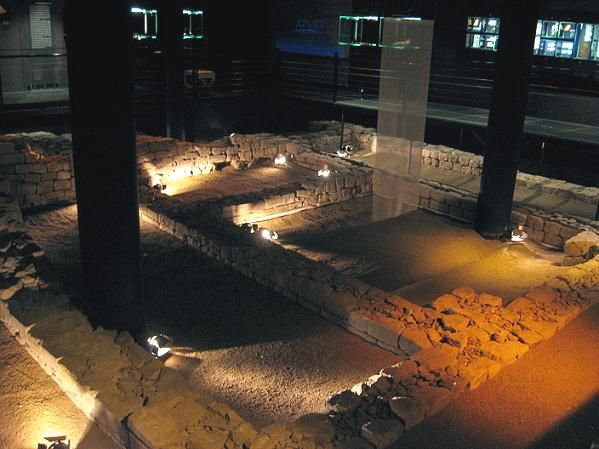 Foundations of the Isis temple in Mainz

The sistrum and the rattle were symbols of the great goddess, so it is fair to assume that some music accompanied a call to prayer. Candles and light seem to have been important along with incense. But in a strange echo of today’s holy water, it’s said that as Isis worship spread throughout the world, water from the sacred Nile river was imported to fill pools or fountains within her temples.

In ancient times, temples often served as museums and cultural centers as well as holy meeting places so it is no surprise to read of references in ancient texts to sacred crocodiles and other Egyptian beasts being kept in the temples of Isis. Whether or not these creatures played any role in ritual, we cannot say.

One ceremony we know a fair bit about is the Navigium Isidis, which marked the first sailing day when it was safe to travel over the sea. It was celebrated on March 5th with a festival of worshippers parading through the streets holding lamps and flowers while singing hymns. A sacrificial boat filled with spices, milk and other things sacred and honorable to goddess would be consecrated and launched into the sea.

Comments:
The navigium Isidis may be a reason Tacitus says that some Germans worshipped Isis. He got her confused - or syncretically merged - with the Germanic Nehalenia who shares a number of attributes with Isis, she's the goddess of fertility and trade, of ships and rivers; and the rites may have included boat processions or something like it.

There are two dedication inscriptions to Isis in Cologne that bear German names, so it seems that Isis found some worshippers among the Germans west of the Rhine at least. They may well have seen the connection with Nehalenia.

That note about Nehalenia is fascinating! (Thanks for having me.)

Excellent post! I sure wish someone had left a record of their most sacred mysteries and rites. How fascinating it would be to learn about what really went on. To bad we have to depend on Plutarch and Apuleius for glimpses...

Stephanie, you're welcome. I'll have to dig deeper into the Nehalenia cult some time (what little we know about it; the Germans didn't leave any accounts, and most statues were made of wood).

Vicky, yes, those inconsiderate people from the past never thought about modern historians. ;) One of my online friends researches Edward II and she get a lot 'X was punished for what he did at Y time' and other unspecific stuff in court records.

Fascinating post - thanks, Stephanie! I learned a lot, and am really looking forward to reading Lily of the Nile.

The unspecified stuff is sooooo frustrating. So-and-so was arrested for "certain trespasses, contempts and disobediences." What were they? What??? :-)

Vicky--it was especially frustrating to me in trying to reconstruct Cleopatra Selene's faith that Apuleius wasn't a contemporary. It was hard to know how much of what he wrote was an evolution of the faith as it existed in the time of Cleopatra or if it was substantially similar. I kind of threw up my hands and incorporated what I could of it since there was no better source, but I'm sure historians will find that hinky...

Gabriele, it seems to me that one of the best explanations for the success of Isis is that she was able to fold into whatever other goddess various people worshipped. In the Golden Ass, she says essentially, "I am one goddess; I am all goddesses" which would make it very convenient for her to spread everywhere.

Thanks Kathryn! And the gaps in the historical record are frustrating, but fun. For me, I know that Selene spent at least twenty years of her life as the Queen of Mauretania and that her reign was consumed with city building and cultural programs. We know also that she had a son--born very late in life--who wasn't named after his father, as was the custom, but after the Queen's family. Now that is the kind of happenstance that fuels a writer's imagination.

Stephanie, including Germanic gods/goddesses in those henotheistic and syncretistic concpets is still rather unusual - on both sides, German and Roman.