4 Jan 2011
Limes Fort Osterburken - Part 3: The Cohort castellum
The cohort fort has been researched by Karl Schumacher before it was built over in mid-20th century, so we know the lay of the walls, the position of the gates and some interior buildings. The fort was somewhat smaller than the Saalburg; the walls of 186 (north/south) x 115 (east/west) metres enclosed 2.14 hectares. The foundation of the north wall was much broader (2.50 m) than the south wall (1.5 m) which is due to the fact that the north wall was built on the sandy ground just above the flood level of the Neckar river while the ground beneath the south wall was rocky. The original height of the walls is estimated to be about 4 metres with an additional chemin de ronde and battlements that added another 1.80 metres. The walls had been chalked and decorated with red lines in a stone pattern. 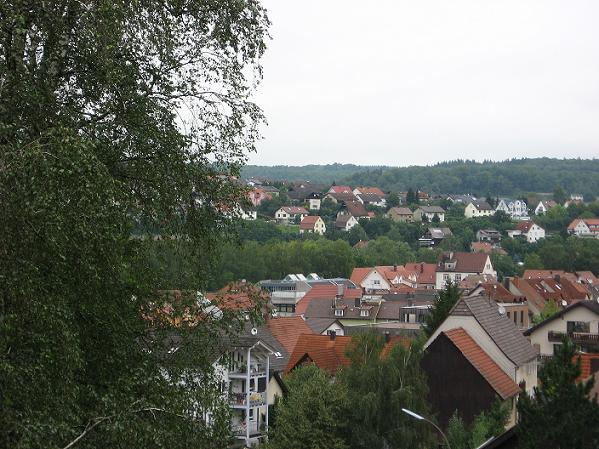 A V-shaped trench can be proven - and is still visible along the south wall where the cohort castellum connects with the annex fort - but not two like often are found at Limes forts (cfr. the Saalburg trenches). The fort had four gates, with the north and the south gate being situated slighty off the middle. This may be due to the terrain which forced the Romans to chose a rectangular shape with too long north/south sides compared to the standard layout of 2nd and 3rd century forts. 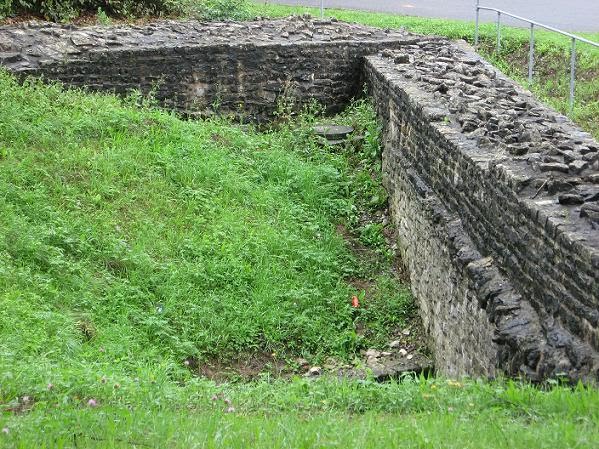 Connection of the forts across the trench
(The south wall foundations are the only surviving part of the main fort)
Schumacher had researched the east gate, the porta praetoria (the one facing the Limes), more closely, and we can assume the other gates followed a similar pattern. It was a double gate flanked by two towers. The interior of one tower held the remains of an altar. There is a layer of burnt material with the inclusion of a Migration Time fibula which proves that the fort has been attacked and damaged at least once. After that, one door of the double gate seems to have been walled in (and another gate of the fort as well) and towers were added to the corners of the fortifications, albeit only one of those has been excavated. 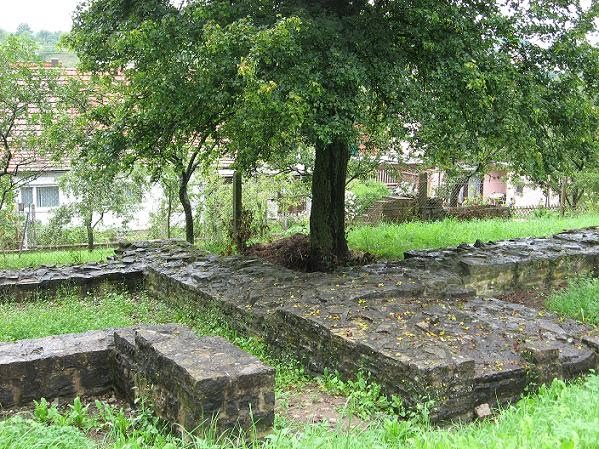 Annex fort, foundations on the north side
The principia has been more closely researched though the efforts were hampered by a modern building covering part of it. The principia included a cellar where the money for pay and funds was locked in. We can see an example of this in Segontium (Caernarfon, Wales; photo below). The principia was built in stone, and stone foundations of a granary have been found as well, but the barracks seem to have been built in half-timbered style. Neumaier* makes some efforts to reconstruct the possible interior buildings and their positions by using discoveries from other forts at the Odenwald Limes. His drawing looks slightly different than in the model in the introductory post about Osterburken except for the position of the principia. 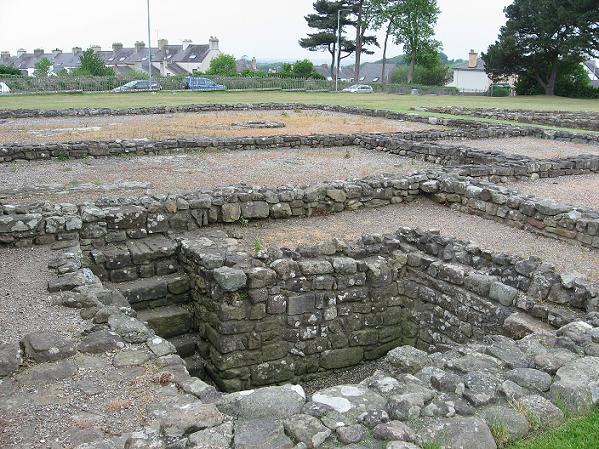 Segontium, Wales; the cellar under the principia
There are no traces of a prior timber construction of the fortifications and the principia, which adds to the signs that the forts and turrets of the Outer Odenwald Limes were erected directly in stone. We remember that the Saalburg started out as smaller timber fort with turf walls.

I've posted about the garrison of the main fort, the cohors III Aquitanorum equitata civium Romanorum, here. The next post will be about the annex fort.

Comments:
Did you take the photos? They're quite nice. Do bits of your novel take place in that fort? I'm trying to imagine the gloominess of the rock structure--strong, but gloomy.

Vicky, 98% of the photos on my blog are by me, including the ones of Osterburken (and Segontium). It was a rainy day and the place looked gloomy indeed. I doubt the Limes was high on the list of places a Roman would want to be posted. ;)

A LAND UNCONQUERED takes place long before the Limes was built; back then the Romans tried to push all the way to the Elbe river. But I have ideas for a novel taking place in the 3rd century that could well feature Osterburken (and the battle at the Harzhorn/Kalefeld, the newly discovered battlefield near where I live).

I put some pictures of Othello's Tower up on my blog. Nice little Lusignan castle, overlooking Famagusta harbour. One can almost hear Othello crying into his beer on the the wall walk....grin!

One of the portals of a double gate at Birdoswald fort on Hadrian's Wall was also walled up in the late Roman period. Easier to defend with a reduced garrison, perhaps.

Thanks for the pointer, Stag.

Carla, it does make sense. The number of gates in the Hadrian's Wall has been reduced in the late 3rd century, if I remember correctly - probably around the same time the Limes was abandoned and the frontier drawn back to the Rhine. Looks like those Picts were as bad as the Alamanni. *grin*

Thank you. You are an indefatigable resource.