10 May 2012
Crossing the Weser and soon to Cruise the High Seas
I've mentioned before that one way to cross the Weser river are cable ferries that are still operating in some places. 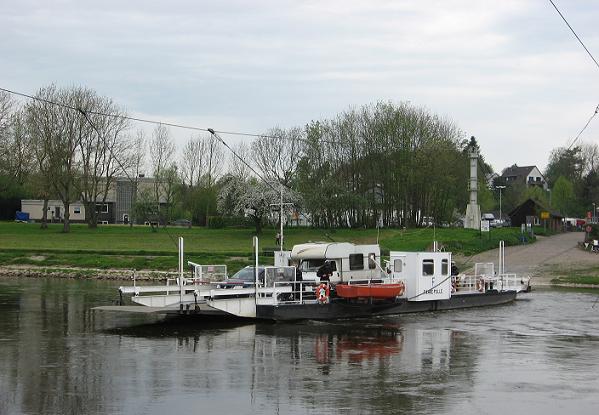 A Weser ferry
We went that way a week ago because we found this on the other side. *grin* (Well, I found it on a website and we went there on purpose). 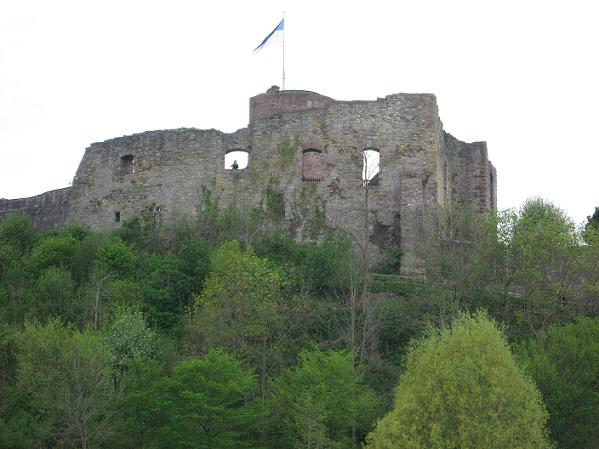 Castle Polle
It's Castle Polle, one of the castles in possession of the Counts of Everstein about whom I blogged when I had visited one of their other castles. Other than the Kugelsburg which was held by a chatellain, Polle was actually inhabited by the family. 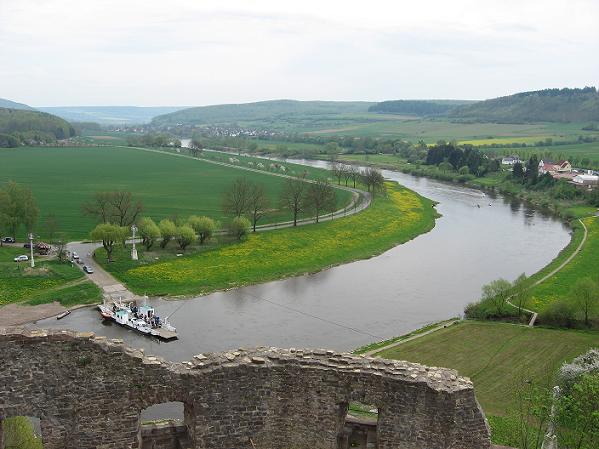 View to the palas and the Weser, from the top of the keep
You can't blame them because they got those views from the windows of the palas (which today is sadly lacking two walls, a roof, and an upper storey) and the keep. 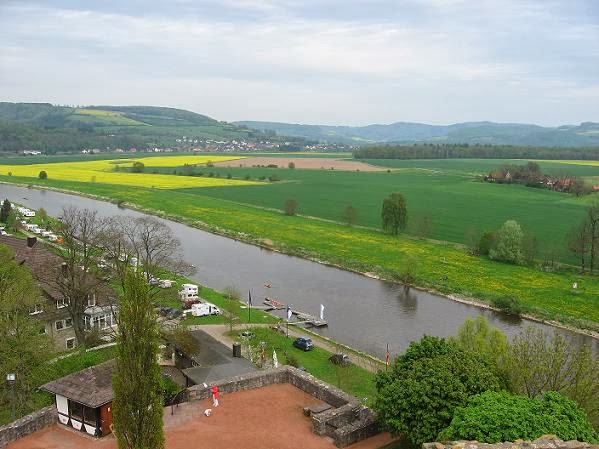 View to the other side
The river actually makes a turn in the left corner; the houses in the background sit along the shore

This post is also to announce that I'm going the cruise the high seas - the Baltic Sea, to be exact, in the wake of Vikings, cogs and cathedrals of the Hansa Leage, as well as some pirates and Teutonic Knights, with the shiny splendour of Russian palaces thrown in for more fun. 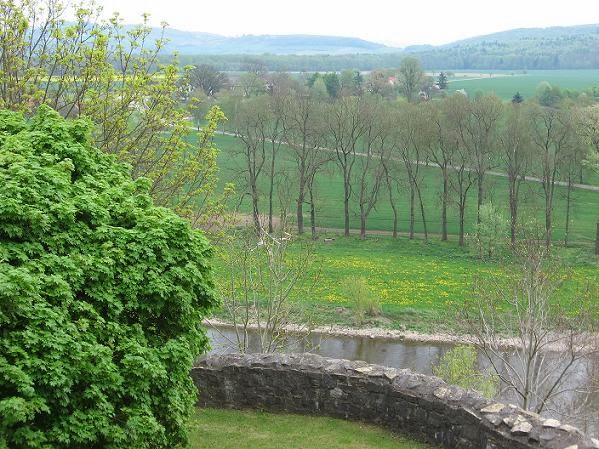 Outer curtain wall with the Weser beneath
The itinerary will encompass Visby and Gotland, Stockholm (I've lived there but it should be nice to return to some of my favourite haunts with a digital camera), Helsinki, St.Petersburg, Tallinn (which was known as Reval until WW2), Riga, Klaipeda / Nida (Lithuania) and Gdansk with a tour to Marienburg / Malbork Castle. And time enough at every stop to really explore the towns. 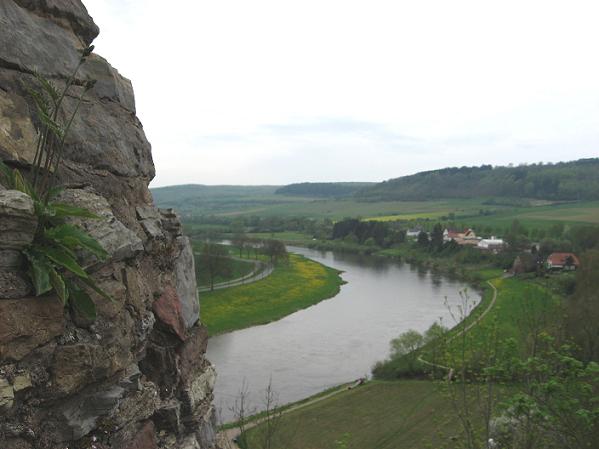 Zoomed in view from the castle keep to the Weser
I'll got as far east as last year (Kirkenes in Norway), but this time we'll cross two actual time zones to St.Petersburg which is the easternmost point of the voyage. The Baltic Sea is very different from the North and Arctic Seas, and the coasts are different as well. I'll hope for a good photo booty to share upon my return.
¶ May 10, 2012

Comments:
Great views! Hope you have a great time on your trip.

have a great trip!

Have a great, safe trip, and looking forward to hearing all about it!

Nice view to have from the chamber/solar window!

Have a great time on your cruise!

Thanks, Daphne, Hank, Kathryn and Carla.

I sometimes suspect it was not only about seeing enemies approach; maybe those knights of old had a romantic streak, too. :)