21 Oct 2016
The Volcano that Burped - The Blue Dome near Eschwege
The Blue Dome (Blaue Kuppe) near Eschwege in northern Hessia is an interesting geological feature. It is a 10-12 million year old volcano that never really erupted but got stuck in the surrounding sandstone instead. The area was used as quarry from the 17th to th 20th century which shaped most of the bizarre rock formations. Today it is a Nature Reserve. 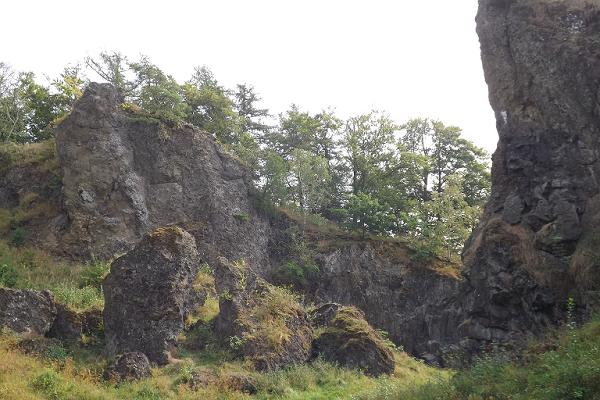 We have to go back in time a bit. The uppermost rock layer in the area is sandstone which got deposed there during the Triassic period (250-200 million years ago). It's the same strata that can be found in other places along the Werra / Weser river - the Blue Dome is only a few miles from the Werra (1). 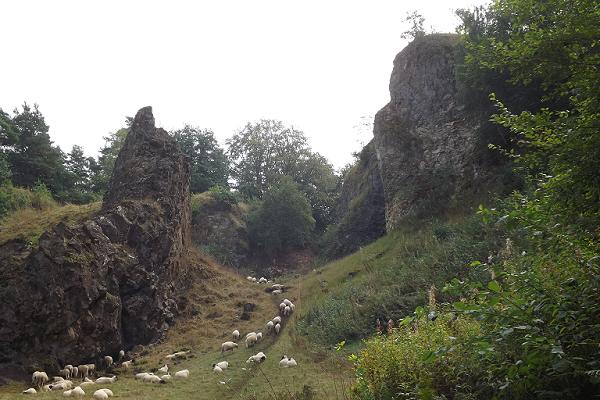 The north bassin (with sheep)
Some 12 million years ago, a volcano started its way up through the sandstone. This happened frequently in the area - the Meissner mountains include layers of basalt from volcanic activity during that time. But in case of the Blue Dome, the volcano never truly erupted. 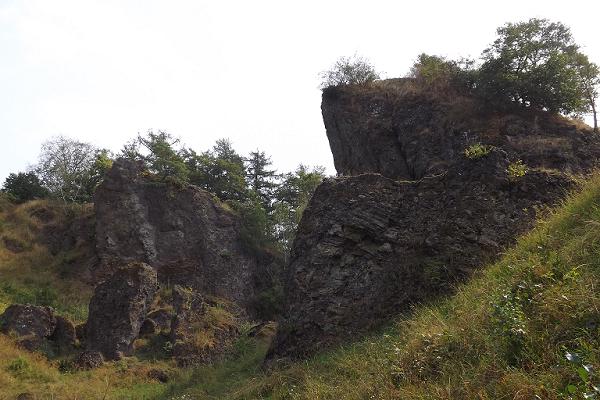 Detail shot of the south bassin
Instead, the volcano just burped, so to speak, leaving behind three conduits of basalt among the sandstone. The magma got stuck in the sandstone strata where it cooled into the usual longish hexagonal pieces. Only a bit of tuff reached the surface. 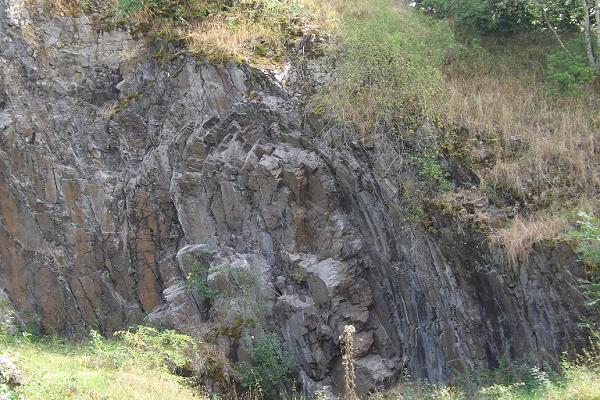 Basalt and buchite (right), tilted by shifting of the ground
The surrounding sandstone was changed by the heat and pressure; the quartz molecules in the stone turned to a molten glass stone called buchite, also known as 'fried sandstone'. The basalt is rich in olivine (a magnesium iron silicate), which gives a ochre tinge to the usually blueish basalt (2). 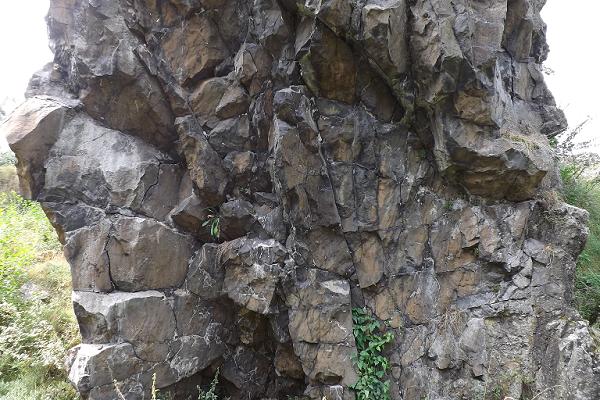 Closeup of the olivine basalt
What once was a perfect dome eroded over time. Further changes were made by quarrying the sandstone and basalt, so that we now have two bassins with remaining rock formations. 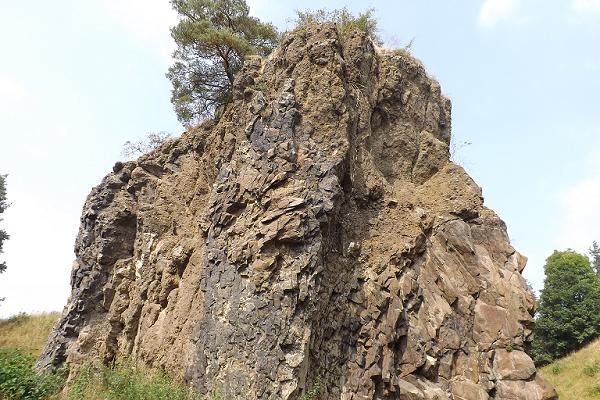 Basalt, buchite, sandstone, and a tuff layer on top
The rock formations and their interesting genesis already attracted the naturalist and explorer Alexander von Humboldt (1769-1859). I couldn't find the exact date of his visit, but since he studied in Göttingen, it could have been some time around 1789. He also visted geological formations at the Rhine during that time. 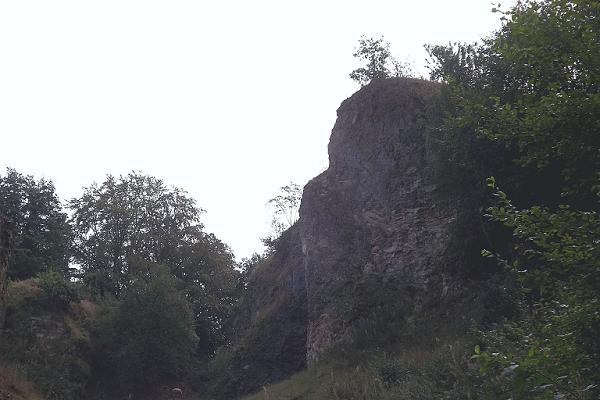 Remaining wall of the north bassin against the light
The Blue Dome is today a Nature Reserve because of its interesting geology. There is a way along the ridge of the bassins, but the bassins themselves are officially off-limit. *Looks if someone watches her going a bit closer to the rocks. Sneaks around and takes some photos.* 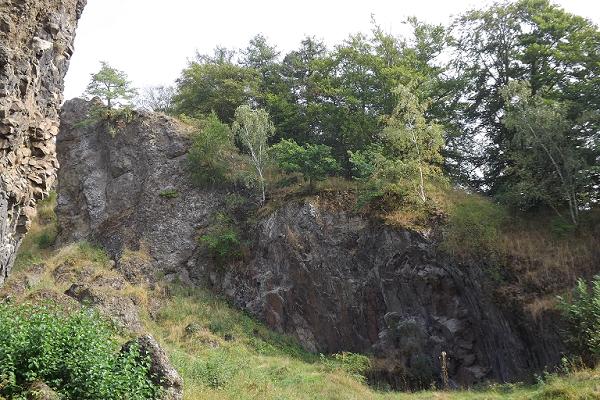 South bassin, another detail shot from the other side
Footnotes
1) I wonder if I should write a post detailing the development from the Variscan orogeny and the Zechstein sea to the Mesozoicum since I've refered to these things in several posts.
2) Olivine usually is greenish in colour, but when the iron comes in contact with air, it will rust.
¶ October 21, 2016