10 Oct 2007
Königslutter Cathedral - Exterior Decorations
The construction of the Imperial Cathedral Königslutter was begun in 1135 by the Emperor Lothar of Süpplingenburg and finished by his grandson Henry the Lion of Saxony in 1170.

The cathedral is surrounded by trees which makes photographing a bit tricky, but it led to some atmospheric pictures. 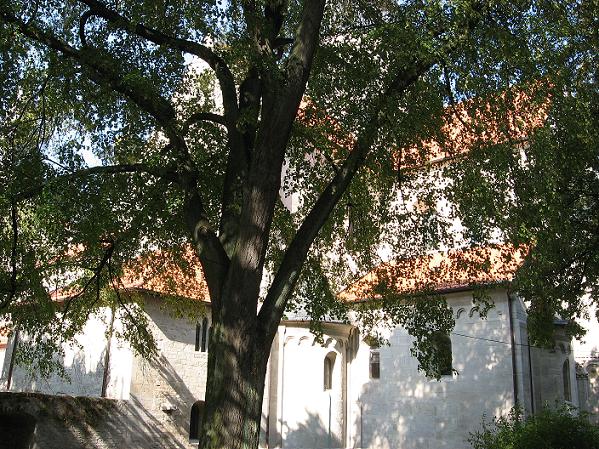 I like the play of foliage and the glimpses of the building, like a past hidden in an enchanted forest. It is easier to imagine people in Mediaeval garments on the scene than with churches surrounded by modern houses and parking lots. North side and crossing tower
To the left of the crossing tower (the part belonging to the east choir) you can distinguish more ornaments particularly under the roofs, while the naves to the right have simpler lines; they date from the younger period. The difference can be more clearly seen inside. Unfortunately, the choir is undergoing restoration and has been closed up. 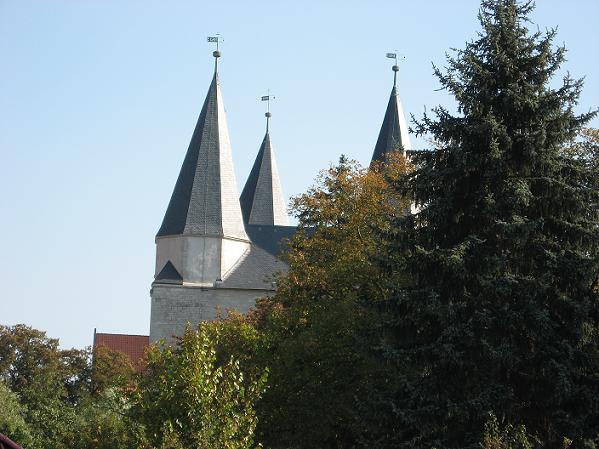 West side seen from a hill
The western part is a typical Romanesque Westwerk, massive, with small windows and short towers, almost a fortress. It's impressive when you stand in front of it. Later westworks like Speyer Cathedral have already begun to break up the solid walls with ornaments and rosette windows, a process that would continue in the Gothic style. 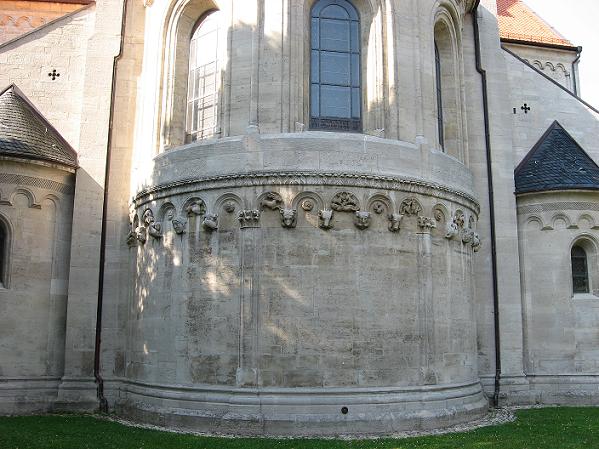 Apsis of the east choir
For the eastern part of the cathedral, Italian masons were employed. The Hunting Frieze outside the apsis of the choir is most probably the work of Nicolaus of Verona. It shows a number of hunting related scenes, and the one in the very center is the curious motive with the hares binding the hunter. 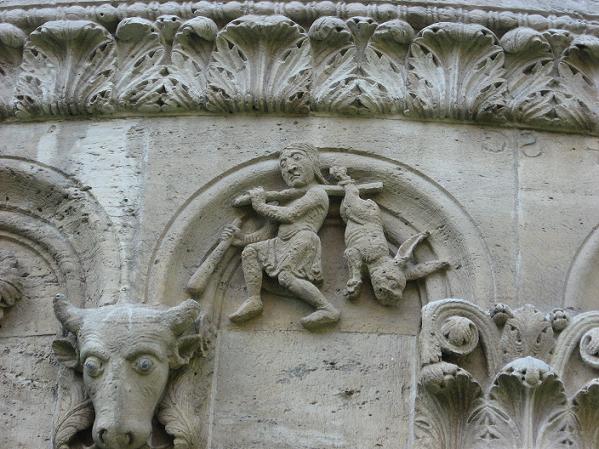 Imperial Cathedral Königslutter, Hunting Frieze, detail
And those below must be plotbunnies taking over. *grin* 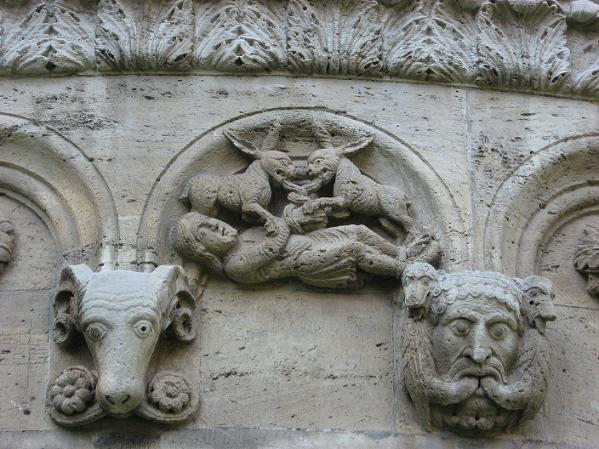 Another detail from the Hunting Frieze; the hares binding the hunter
Mediaeval humour or the philosphoy of the Upside Down World where Creation is out of order - those who have read Eco's Name of the Rose may remember some of the book illustrations are described to show similar motives. 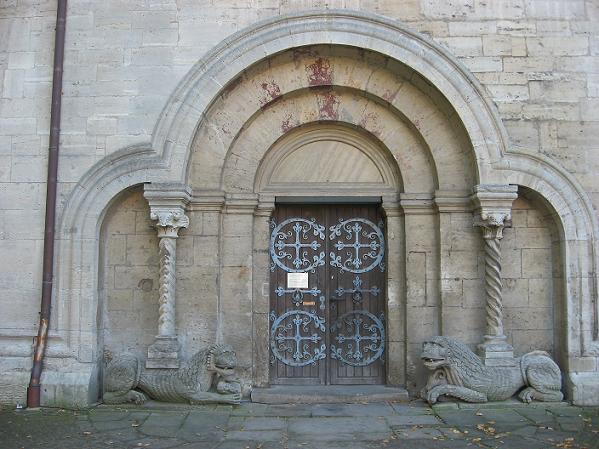 Königslutter Cathedral, Lion Gate
The lions of the Lion Gate display the same style of sculpture. The lions are 19th century replicas; the time gnawed originals are kept inside. 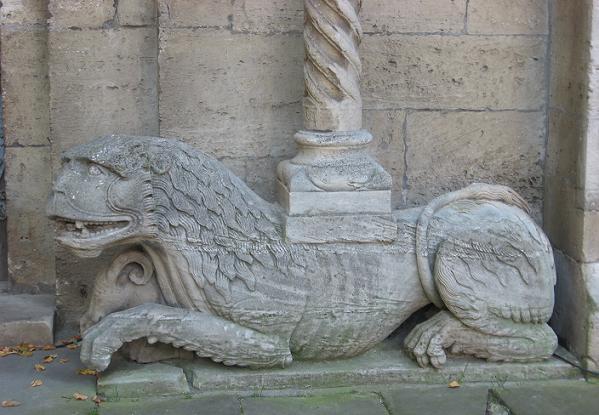 Closeup of the right side lion.
The originals date from the 11th century and were created by Italian masons. 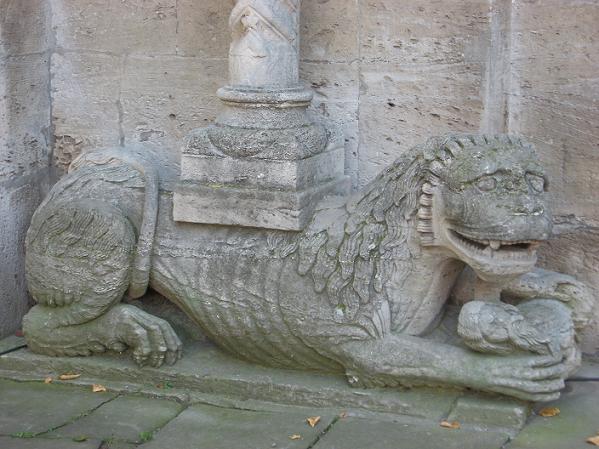 Closeup of the left lion.
They look like they were crossbred with the Cheshire Cat, though. :-)

Some decorations of the cloister can be found here.  ¶ October 10, 2007

Very cool pictures, looks like you had lovely weather when you took them. I didn't see any plot bunnies, but they certainly gave me ideas when I need to start working on my castle building again. :)

Thank you, Bernita and Ann.

Ann, if you need castle walls, I can probably find some for you; there are some around where I live. :)

I love your photos, Gabriele. It looks really peaceful in these shots. And I noticed there's no rain for a change ;)

Yes Shelley, autumn decided to play nice for a few days to make up for that 'summer'. :)