7 Oct 2007
Leaves and Monsters
The northern side of the cloister annexed to the Imperial Cathedral Königslutter belongs to the older part created by masons from northern Italy under the lead of Nicolaus of Verona.

With its ten different pillars, this part of the cloister is very unusual in German Mediaeval architecture. Every pillar is fully ornamented, and the capitals abound in delicate stone mason work. 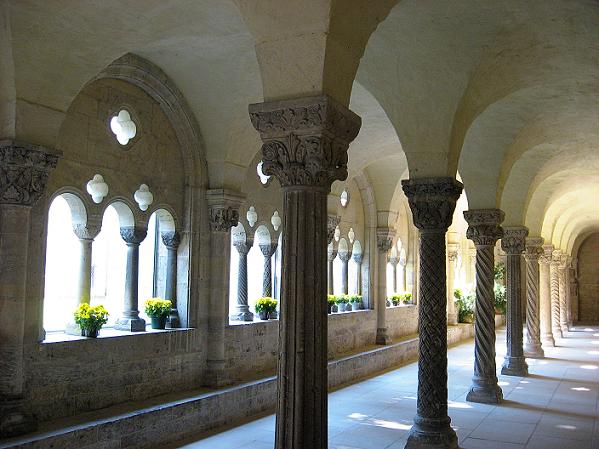 The akanthus leaves shown below are a variant of an ornament form already used on classical Greek pillars of the so-called Corinthian style. 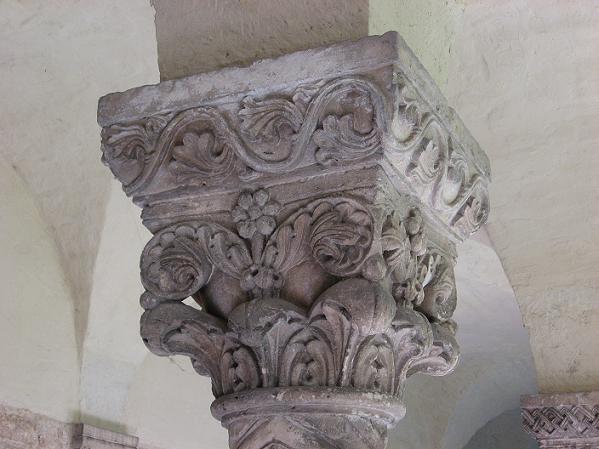 Closeup of an akanthus decorated capital
The half pillars at the outer wall between the windows show ornaments as well. Some of them display the abundant Mediaeval monster style, creatures put together of several animals, and demons. The one below is my favourite. It is also the best preserved. 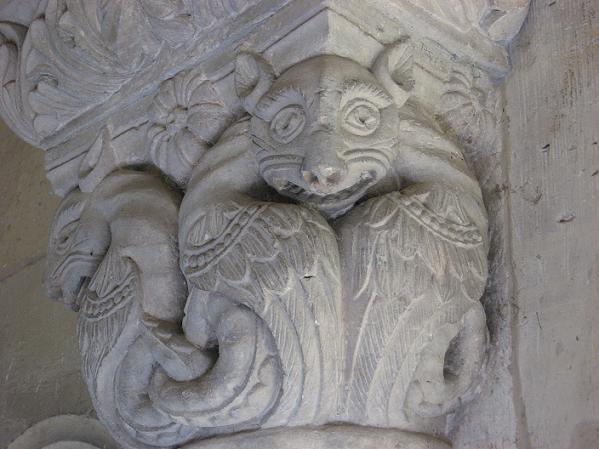 Demon capital
Some years ago, the cloister has been renovated, some of the pillars cleaned and the windows glassed to avoid further destruction because of environment influences. The cloister had no glass windows in the Middle Ages.  ¶ October 07, 2007

Comments:
See what's possible when you didn't have the Internet sucking up your time?? :)

Or a medieval "monster blog" post. The response to be posted on the next column or the next cathedral. Bandwidth speed was a little slow then.

Cool.
Don't suppose you've been to Cologne with your camera have you?

Constance,
get a piece of rock and chisel a gnome instead of going the easy way and create them with Photoshop. *grin*

Hank,
it looks like a mutant bat to me. But it might carry a plot - you never know where those are hiding.

Zornhau,
I have been to Cologne but it's so long ago even analog cameras where a Japanese rarity. I should go again one of these days (Cologne, Mainz, Koblenz as another Roman tour).

Wonderful pictures, even in the photos that long gallery feels peaceful.

Wow, these photos are amazing. I love the monster one. Considering people used to be so superstitious it's a wonder they'd want one of these staring at them. Unless they wanted to scare away other evil spirts.

Ann,
it is a quiet, peaceful place.

Shelley,
it's difficult to understand Mediaeval minds sometimes. But since that sort of ornaments is rather widespread, I can only imagine that making the grotesque, the monstes and devils visible was a way to deal with them.

True - better the monster you know or something like that!