14 Jun 2013
Abbeys and Cathedrals in Northumbria
I got some abbeys and cathedrals, too; a few famous ruins among them.

The Abbey of Whitby in the mist. 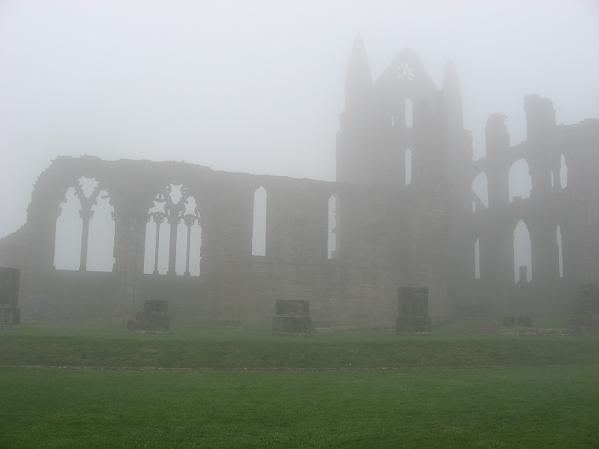 Yes, there is a ruined church there - Whitby

Not the usual tourist website photos, I'm afraid, but they may be more realistic than the sunny ones. I'm sure Hild would have known a lot of that fog.

I had much better luck with the weather when I visited Rievaulx Abbey. 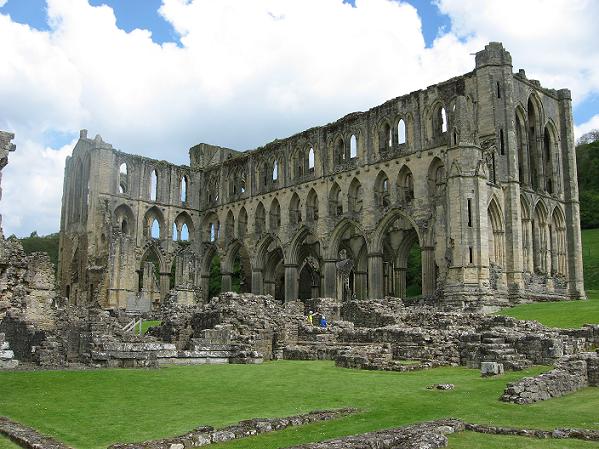 Rievaulx Abbey
Rievaulx is grand. It must have been a huge and busy place once and even the ruins are still impressive. Most remains of the church, but there are some considerable traces of the other buildings as well. 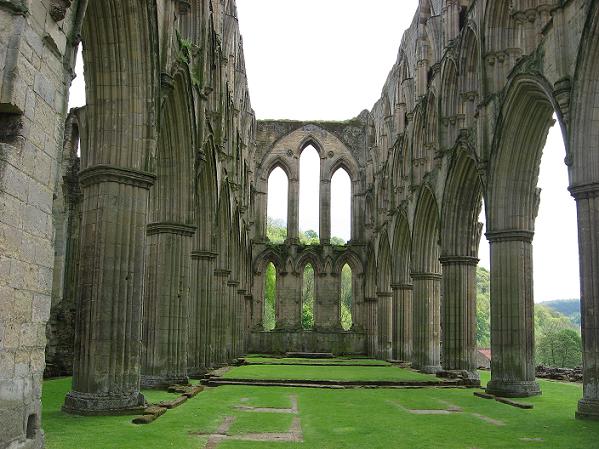 Rievaulx Abbey, remains of the main nave
I spent quite some time there photographing and then went on to another church that's not a ruin: Ripon Cathedral. 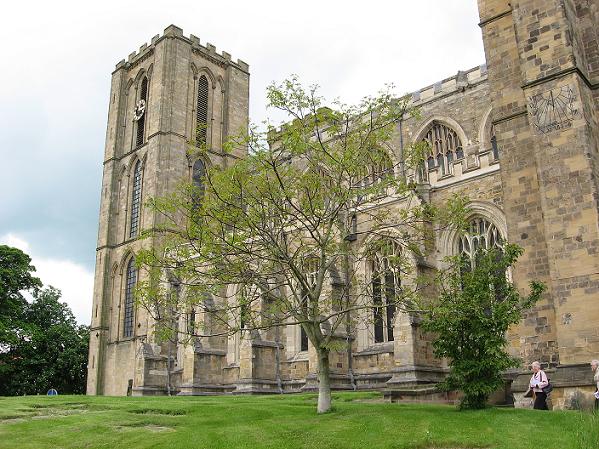 Ripon Cathedral, the nave between west work and transept
There's a difference to German churches in the flat-roofed west towers, the larger crossing tower, and often the length of the nave on the side of the apse as well.

I had to wait out a funeral service for the interior shots, but I got some eventually. 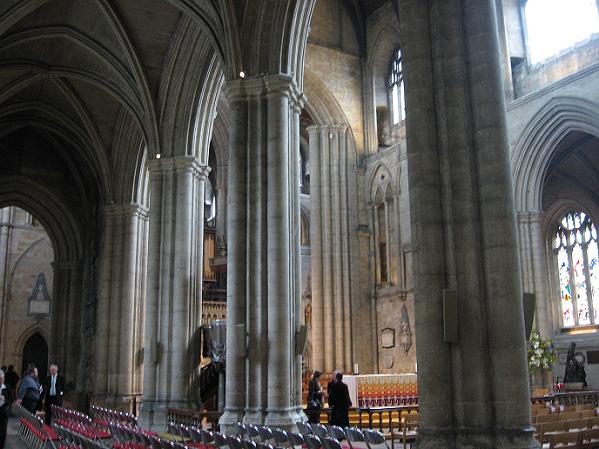 Ripon Cathedral, view from side nave to the crossing
Ripon has a long and interesting history and I got more research set out for me. *sigh*

And there is lovely Lindisfarne 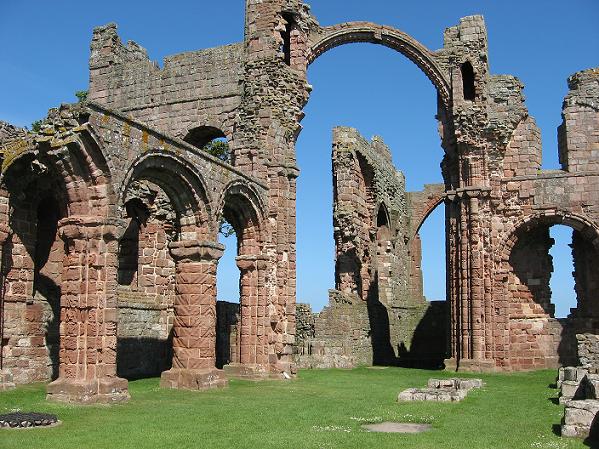 The Abbey of Lindisfarne
Less imposing that Rievaulx but a charming place, esp. in the sunshine. I was lucky to catch a low tide so I could get a taxi to drive me over.
¶ June 14, 2013

Comments:
Rievaulx Abbey is wonderful, even in decay. Lots of personality.

Whereas my husband shares Constance's view. He was very impressed with Rievaulx Abbey :-)

They are both great in their own way.

I think my father would have loved St.Magnus Cathedral better, too; he likes the Romanesque style (as do I, but I don't mind some nice Gothic, either).

I so love Rievaulx, one of my favourite places! I have visited the ruins of Whitby, but when I was about ten, so can't remember it very well :)

Beautiful picture of Whitby - now, I've been there.