22 Sept 2015
Nature, some Very Old Tombs, and a Slavic Ringwall
The Baltic Sea coast and the landscape further inland are beautiful in a way different from the mountains of the Harz and Meissner or along the Weser; places I've frequently blogged about. But I love the northern part of Germany and the sea very much. 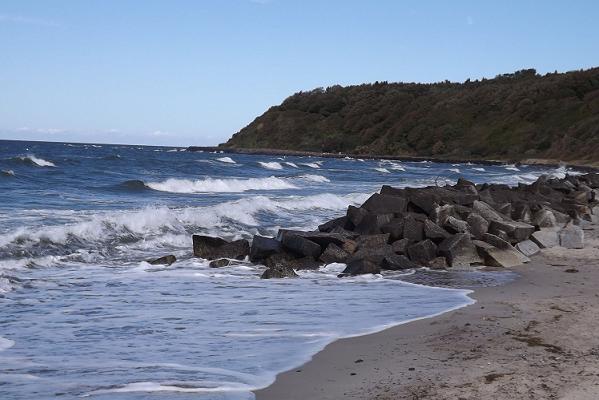 Hiddensee island, the coast of the Baltic Sea

Offshore of Stralsund are two islands, Rügen and Hiddensee. Fortunately, one day turned out to be sunny, and I decided to take a ship over to Hiddensee and do some hiking in the dunes, juniper heath and beech forests of this lovely island. 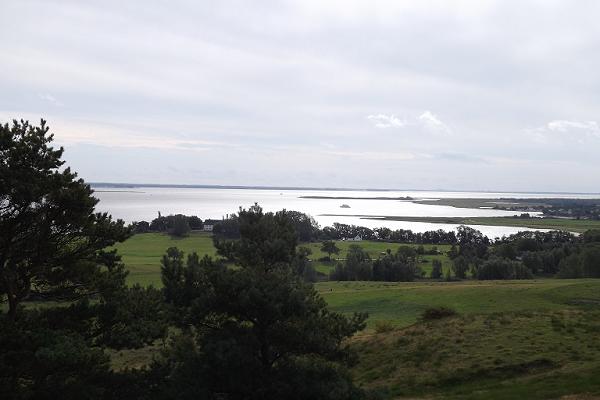 Hiddensee, the lagoon side seen from the lighthouse
There are no cars on Hiddensee (except for an ambulance and a small school bus) so you have to use your feet, a bicycle, or a horse coach to get around. I'd read about Hiddensee in a children's book many years ago and was devastated when my parents told me it was in the GDR and we could not go there. Well, there's no longer a GDR and now I could go there. 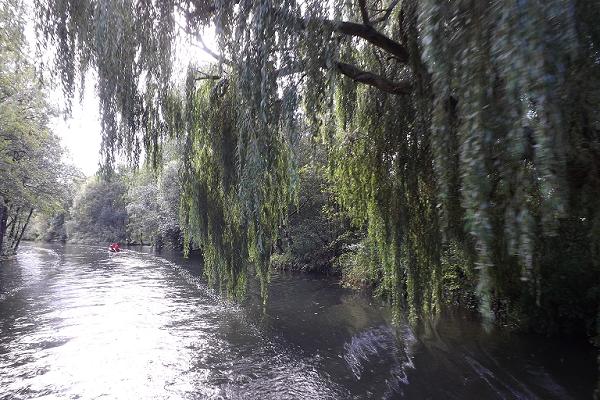 Riparian forest at the river Wakenitz
The Wakenitz is a river which springs from the Ratzeburg Lake and confluences into the Trave near Lübeck. The river had been the border between West-and East-Germany and therefore remained a wilderness with riparian forests framing its shores. There's a boat tour from the Ratzeburg Lake to Lübeck which turned out to be one of the most beautiful ones I ever did. 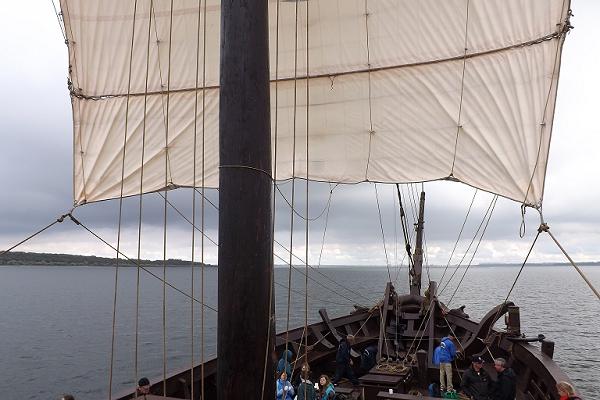 The bay of Wismar, seen from the cog Wissemara
Another fun ship tour I did was an afternoon out at sea on the reconstruced cog Wissemara. It is modeled after a wreck dating to ~1350 which had been found near the Poel peninsula in 1999. When I was in Wismar in 2004, I came across the construction site of the cog, so being able to sail with her now was a special experience. 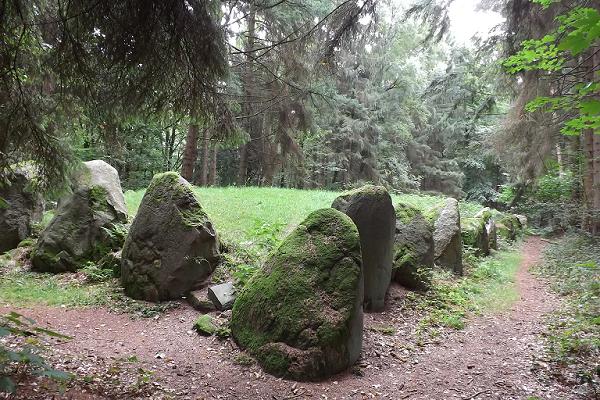 One of several Neolithic burials near Grevesmühlen
Mecklenburg-Vorpommern is rich in tombs from the Neolithic Funnelbeaker culture (3,500 - 3,200 BC). We got the simple dolmen type, the great dolmen, the passage grave, and the long barrow. The boulders used to erect them are glacial erratics. There are several burial sites in the Everstorf Forest near Grevesmühlen. 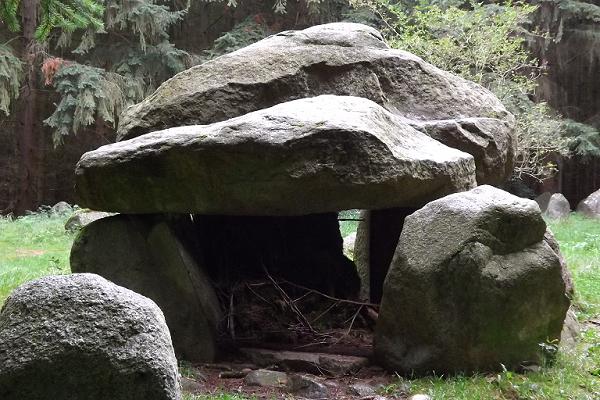 The dolmen called Devil's Oven
Those giant stone structures led to local legends. The dolmen above is called Devil's Oven and the matching long barrow stone setting is the devil's bed. Often, the extended dolmen are refered to as giant's tombs with the usual legend about how someone tricked the giant and killed him. 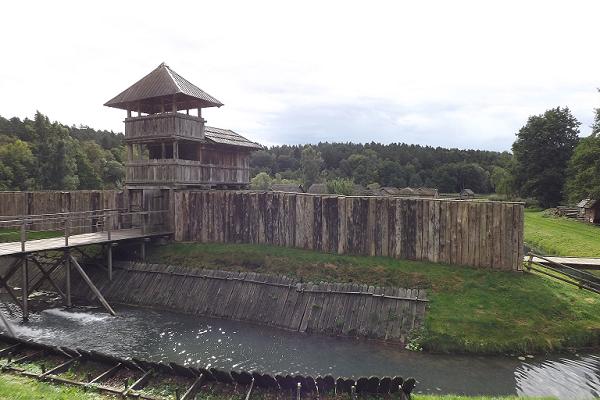 Open air museum Gross-Raden, the gate of the settlement
Another interesting place was the open air museum in Gross-Raden, a reconstructed Slavic settlement with ringwall castle from the 10th century, which has been built on the original site. Excavations had taken place 1973-80 and the reconstruction started a few years later; the museum opened in 1987. 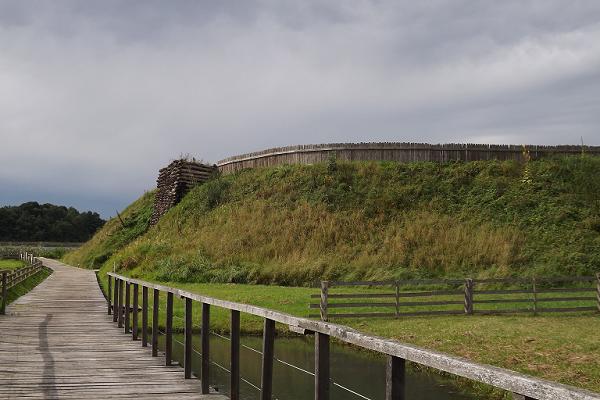 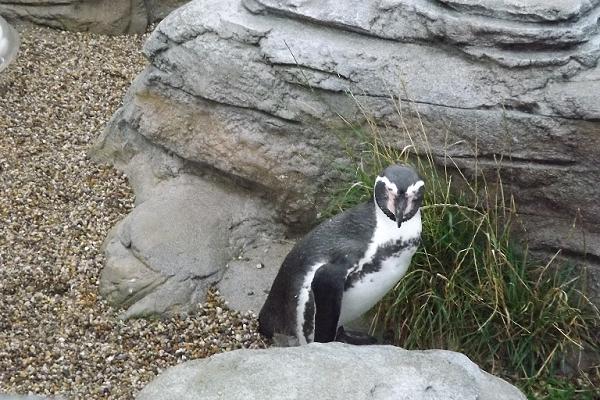 Humboldt penguin in the Ozeaneum Stralsund
The Ozeaneum in Stralsund shows the underwater world of the Baltic Sea and the North Sea in a series of aquariums and other displays. It was an interesting way to spend a rainy evening. The Humboldt penguins don't belong in the north, of course, but they're a cute addition. 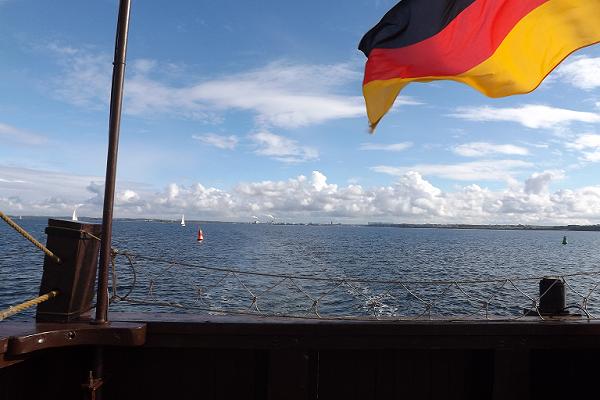 Another view of the bay of Wismar seen from the cog
Finally another shot taken from the stern of the cog. The sun had decided to come out after a very wet morning and give me some nice blue water and sky.  ¶ September 22, 2015