26 Jul 2007
More Stones
Remains of the headquarters of some Roman forts at the Wall. Because I know you like old stones. :) 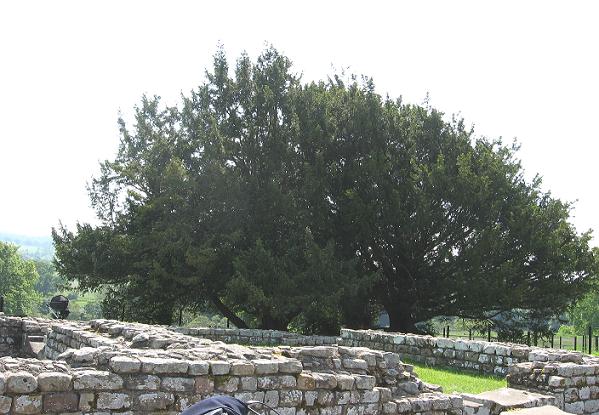 I'm so glad they let the tree stand. It adds an element of picturesque to those ruins. The past coming alive in new surroundings.

The hypocaust heating shown in this post is on the other side of the building. 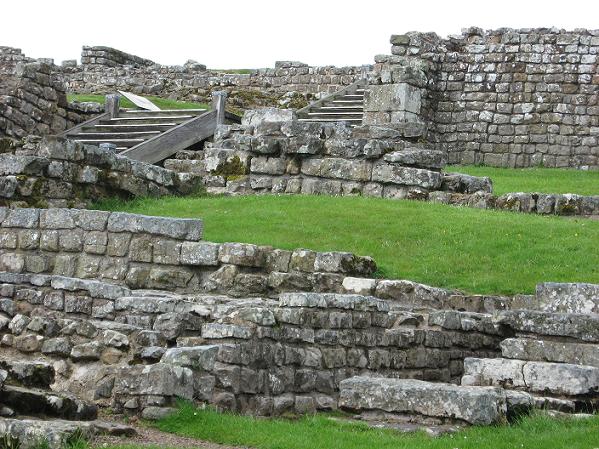 Vercovicium (Housesteads)
Housesteads is pretty much a hill fort. In no other place at the Wall I visited did the Romans have to deal with such an uneven ground, though maybe there have been some mile castles facing the same problem.

I was asked why I visited so many Roman forts, since they all follow the same basic pattern. The reason is simple - every of these has its own, particular atmosphere. It is also the reason I'm going to see some Roman forts at the German Limes border in August. I'm sure they'll be different again.   ¶ July 26, 2007

Comments:
Oh thank you, you remembered *g*. I love the picture of the housesteads. It must have been hard to build there.

Too bad it was raining, so one could not see as far as on a bright day.