20 Feb 2008
More York Impressions - Seen from the Ouse River
On the second evening, I took a cruise on the Ouse river. It was nice to sit for a change after all that walking. Though the British weather played tricks; after a rather warm day it grew cold, and of course, I took my lighter jacket. After all, you bring warm clothes to leave them in the hotel room. One of the bridges

The old town and thus the Roman founded part of York lies to the right.

It was a fun little trip guided by a Mediaevalish dressed up young lady telling lots of ghost stories about Romans and robbers in York. I didn't see any, though, and I'd so have liked to meet with that spooky centurion. 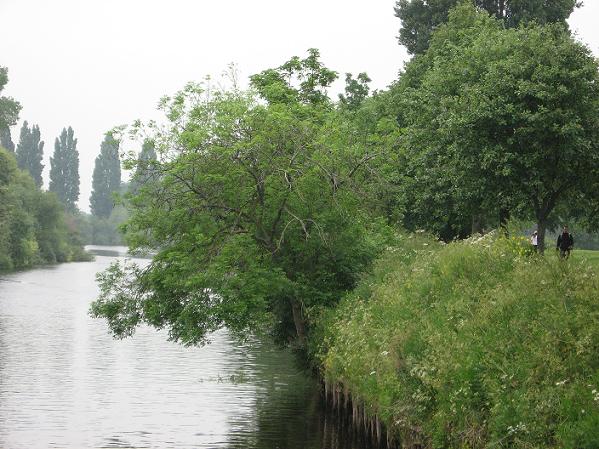 Ghostly evening on the Ouse
What I did get was an ale called Centurion's Ghost in the Last Drop Inn. A pretty good one. Can't blame the soldiers in Vindolanda for asking to get more Celtic beer. After all, they missed their chance to get better acquainted with the German ones. *grin* 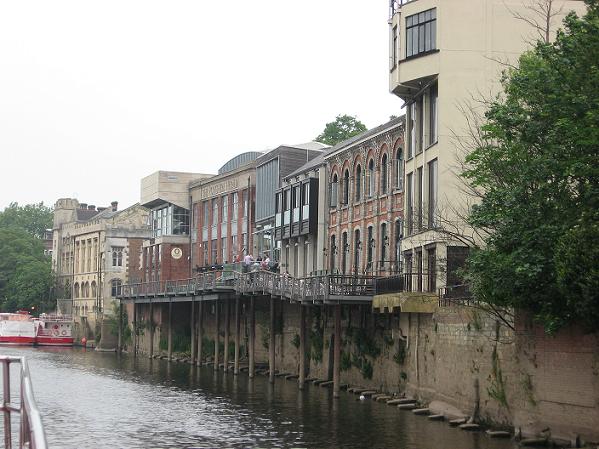 Houses at the riverside
I think some of them must have been old storage houses that have been modernised and equipped with additional windows; they reminded me of the Mediaeval part of Lübeck where I took a Trave cruise. I love river cruises as a way to explore towns and landscapes. 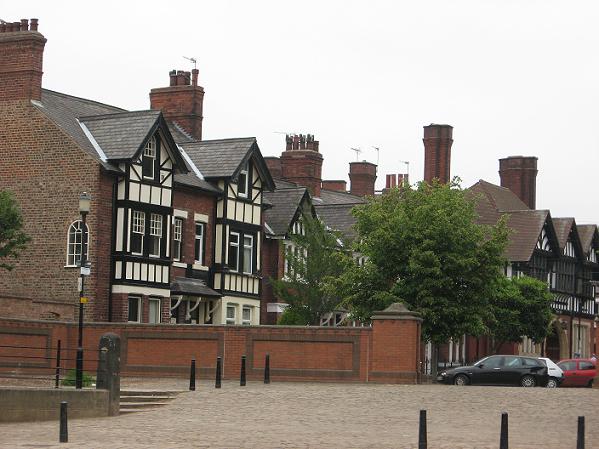 Pretty houses
This pic was taken some way outside the town centre. A nice place to live, I suppose, but probably expensive. 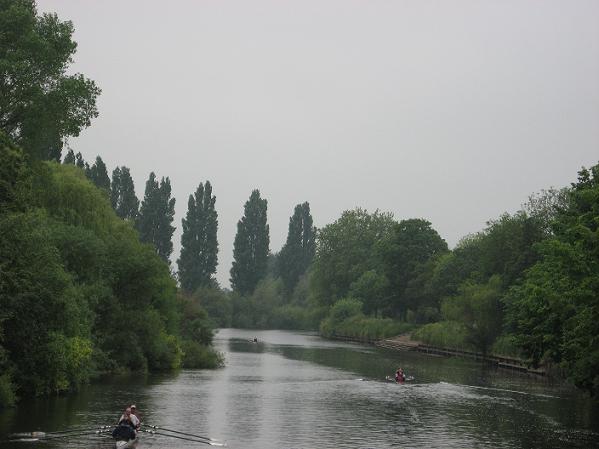 Evening on the Ouse in York
I missed ghost stories about our dear Richard, though. You'd think he left some ghosts behind, but it seems they've abandoned York long ago. 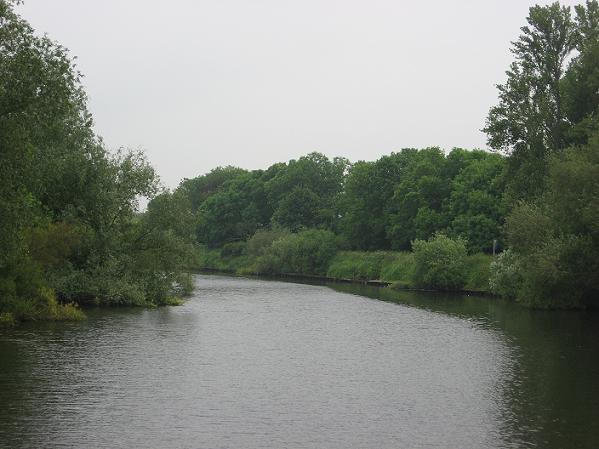 Comments:
Lovely pics, Gabriele! It would be amazing to live in one of those houses by the river. *Sighs yearningly*

It can get surprisingly cold in the evenings. I bet you weren't the only one caught out! York looks different from the river - thanks for posting the pictures. How far out of town did the cruise go? Your 'ghostly' shot looks to be out in the country.

Alianore - provided you don't mind the occasional risk of finding you've got a basement swimming pool :-)

Alianore, somehow the money always ends up with rich idiots who waste in on parties in St.Moritz. ;)

Carla,
in this direction the cruise got out of the town, but on the other side - in the direction of Clifford Tower - there were still some houses hidden among the trees.

Maybe the danger of flooding isn't that great since the houses were some metres over high water level. But with those severe floods we got the last years, it may no longer be high enough.

Nice pics, Gabriele. Aren't digital cameras great? So much easier than waiting for film to be developed.

Carla: good point, but in my fantasy, floods would never be a problem. ;) (Seeing as fantasy is the closest I'll ever get to those houses, I might as well fantasise that the river never floods. ;)

Lol Alianore,
in my dreams I own a castle that is NOT draughty. :)

Oh, absolutely, Alianore. In the parallel universe where you own one of those houses, there are massive flood defences upstream that really work :-)
(If I understand the theory of infinite universes correctly, in one of them somewhere you do live in a flood-free riverfront house in York, but unfortunately it's in a dimension we can't get to (there's always a catch). But heavy cosmology makes my brain hurt, so I may have got this all wrong).