26 Dec 2010
St.Mary's Church in Magdeburg, Part 3 - From Reformation to Reunion
Magdeburg became one of the centres of the Reformation, not the least because the archbishop was heavily involved in the trade with indulgences. The cathedral was closed after his death (1545) and became a Protestant church in 1567. 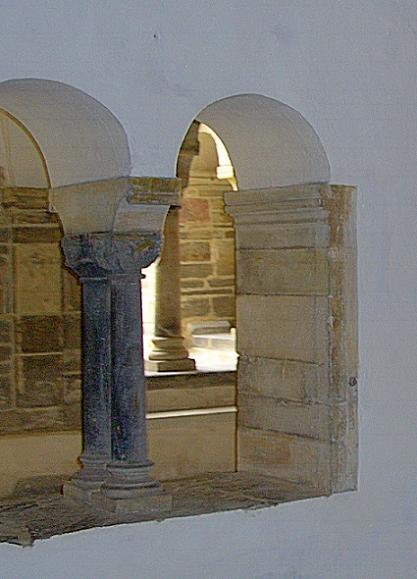 (Detail from the crypt)

St.Mary's Abbey remained a Catholic enclave; its immunity was confirmed in 1555 under the Treaty of Augsburg. But the situation was not easy for the inhabitants; for example they stopped wearing their religious habits outside the monastery. After the death of the provost in 1597, the last canons abandoned the monastery, leaving the relics of St.Norbert behind. The relics were transfered to Prague in 1626 - the Thirty Years War was already raging in the surroundings - and two years later, several Premonstratensians returned to St.Mary.

The troops of the Catholic general Tilly conquered Magdeburg in 1631; the massacre of Magdeburg would become known as one of the most cruel events in a time when atrocities were committed almost daily. All of Europe, Catholic and Protestant, was aghast about what happened in Magdeburg. But the main churches survived the plunderings and fires. Tilly put St.Mary under his personal protection, and the cathedral was respected as well, despite being a Protestant church. The people who had managed to flee into both churches were among those who survived the massacres, but they had to hold out without water and food for three days.

With the town more or less destroyed, the canons left the monastery in the following year. The took the library and archive with them. 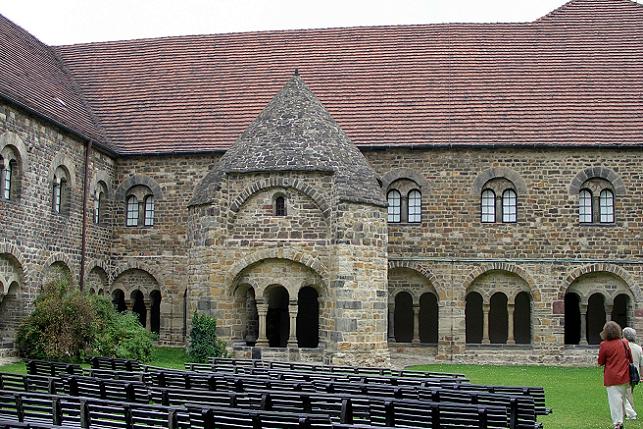 Well house in the cloister

The monastery was secularised in 1832. During WW2 the west wing of the cloister and the choir and roof of the church were damaged by airborne attacks. The choir was restored as early as 1947-49 and some repair work was going on in the years to follow - the GDR government considered St. Mary and Magdeburg Cathedral to be important enough to keep them, and I'm sure there were donations from west Germany as well (a lot of historical buildings fared much worse and were tumbling into ruins for lack of care). After the Reunion the crypt was restored, and redevelopment of the cloister began in 1999. That work was almost finished when we visited the place.

In 1993, St. Mary's Abbey was declared one of the main attractions of the Romanesque Road (Straße der Romanik), a net of roads that connects important Romanesque buildings in Germany; you can travel the 'road' all the way from the Alpes to the sea.  ¶ December 26, 2010