31 Aug 2011
More Rocks - The Karst Formations near Scharzfeld / Harz
Life's been a bit busy this week, so here's another short post with some photos. This time you'll get some of the odd rocks one can find in the Harz, particularly the southern Harz karst landscape. 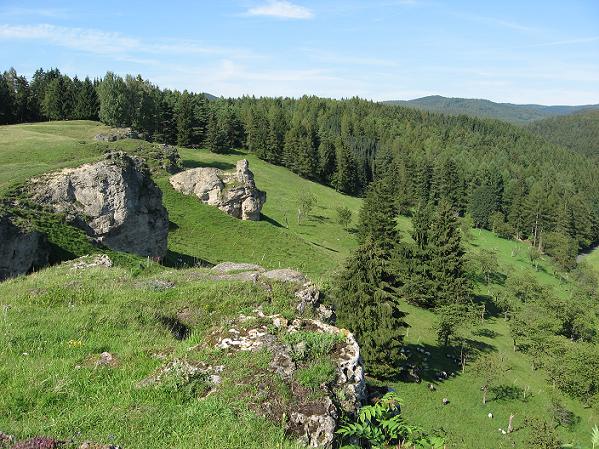 Gypsum and dolomite boulders in a karst landscape

Once upon a time ... well, 250 million years ago, what is now Germany hung out around the equator, and it was a sea, the Zechstein Sea, which covered most of central Europe-to-be. Like most seas, it had tiny critters with shells swimming around, as well as coral reefs. Since the climate at the equator is hot, the water evaporated, leaving behind layers of shells, corals and other organic material which over time baked together. Then the sea would flood back in. This happened several times over until the continental drift moved the land further north. 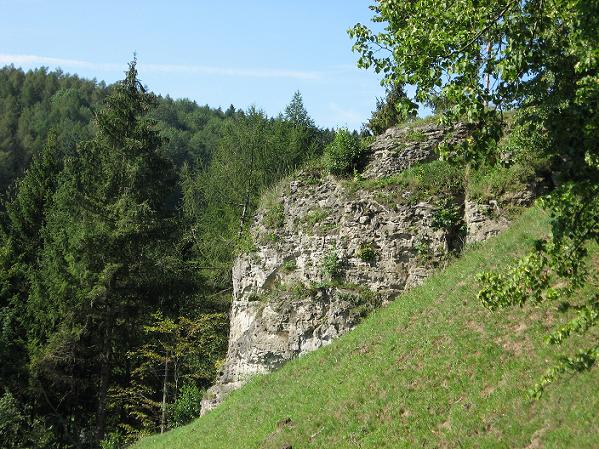 About 100 million years ago, the Harz mountains began to fold up, and the layers of dolomite, limestone, and gypsum (all of organic origins, with dolomite being the hardest) shaped into hills and mountains along the fringes of the southern Harz. In other parts of the area, rocks like greywacke or granites came up on top. Below the gypsum layers in the southern mountains lies the 280 million years old rotliegend. 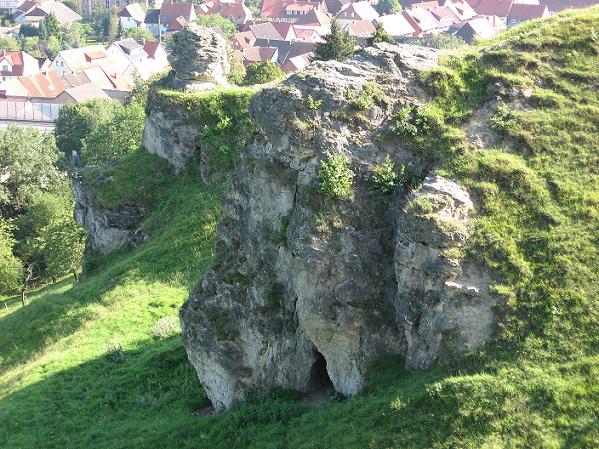 Rocks with view towards Scharzfeld

During the Ice Ages and interglacials, the landscape began to karstificate. Mildly acid water dissolved the soluble bedrock, seeping in through fractures and enlarging them. Over time, an undeground drainage system developed (see the post about the Lonau Falls) which in turn carved out caverns and caves. Since karst landscapes are shortlived - not the formation iteself so much as the particular shapes - the caves, boulders and rock formations in the southern Harz are no older than 12,000 years. 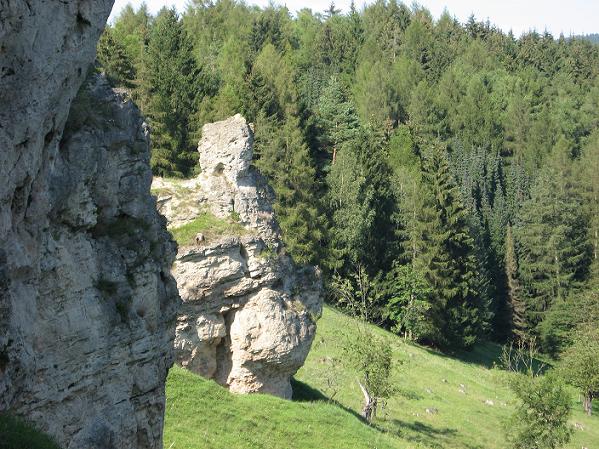 The mining of gypsum in the Harz showed remains of the wooly rhinoceros, mammoth, cave bear, giant deer and other fauna of the Ice Age, as well as flintstone tools. One can also discern the regrowth of trees during interglacials, and the first traces of human settlements like man made clearings and grain seeds. 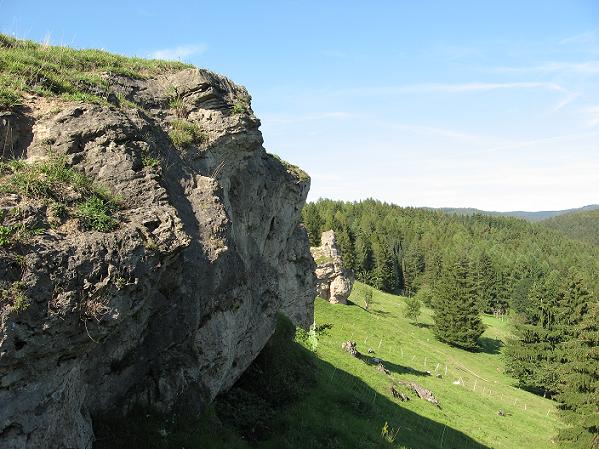 Dolomite areas can be arable or used for grazing, depending on the soil layer. Other features in the Harz are calcareous grasslands along the slopes, and forests of common beech on limestone ground. Including ant hills and pretty aggressive ants who found my bare feet in sandals irresistible. 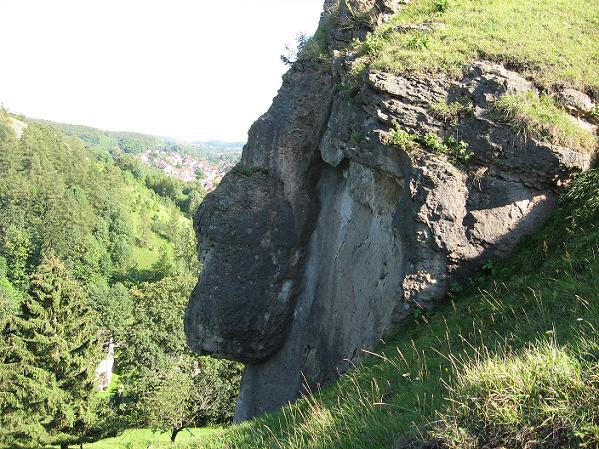 The 'Knight's Stone', with a nose (an abris)

An abris is a half-cave opening at the base of a cliff. This one's very small, but larger rock shelters have been used by the hunters living in the Harz foothills during the Ice Age.

The vales are running along the relief of the rotliegend; the dolomite layer was washed out in the channels and grooves, thus deepening the valleys. 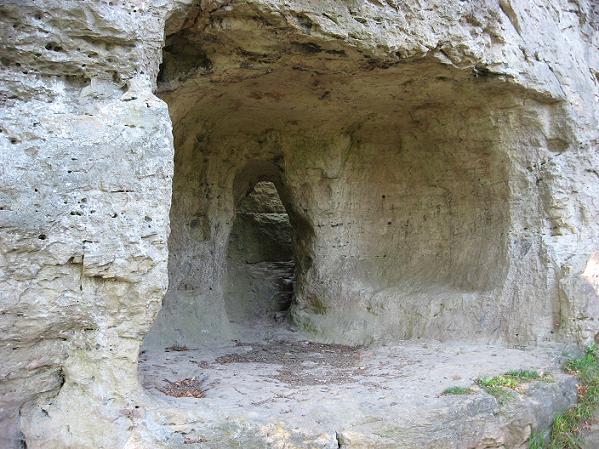 One of several caves and hollows

One of the larger caves, the Steinkirche, is described in this post.

Love the Knight's Stone. :) There are some great limestone formations near where I grew up, too - love it.

Just read the biography of William Smith. He invented Stratigraphy.

(This link takes you to a great map, and you should be able click forward and back to read the book.)

You can download a fabulous book of his as an Epub here...
http://www.archive.org/details/StrataIdentifiedByOrganizedFossils

and it is THIS book (below) which he explains how to use fossils in the limestone to date the layers of rocks.

When Mr. Joseph Banks commissioned him to publish (and all academics MUST publish or perish!), he wrote this wonderfuly readable, if a bit pedantic work...
http://www.archive.org/stream/amemoirtomapand00smitgoog#page/n4/mode/2up

The first of its kind anywhere in the world.

Thanks, Carla and Kathryn. Yes, limestone is really photograper friendly. :)

Thank you very much for the links, Stag.