28 Oct 2012
Border Castles and Conflicts - Castle Reichenbach
OK, I admit the title sounds more Scottish than it is, but some castles along the borders of Thuringia / Hessia / Lower Saxony have seen a fair bit of action thanks to sitting at the borders of former feudal or allodial possessions. And since I live right in the corner where the three counties meet, I've been visiting some of those places. 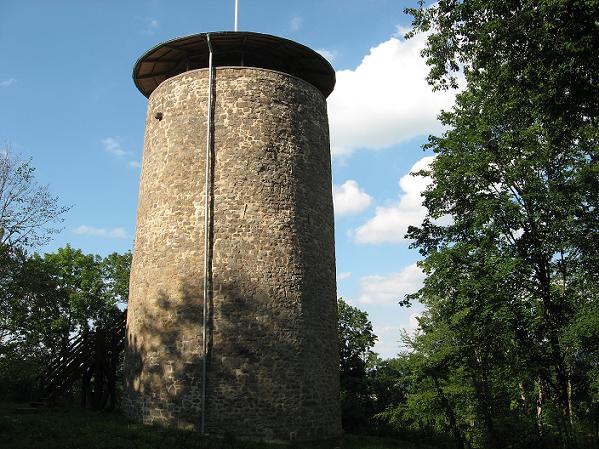 The village of Reichenbach is first mentioned in 1098, but there is archaeological evidence for an earlier Frankish settlement. The first lord in the area who left a trace in the documents is Gozmar of Reichenbach, High Reeve of the Abbey Fulda, in 1062. Wikipedia mentions a Frankish comes (Gaugraf) Gozmar of Reichenbach in Carolingian times, but they can't even get the date right in two separate articles and I could not find any proof (1). The same goes for the castle which can be proven to date at the same time as the village, about 1050 - 1100. A Carolingian timber castle predating the stone fortress and the 5th century 'Chattian walled fort' are pure speculation at this point since no traces have been found (though archaeological research wasn't very thorough due to costs). 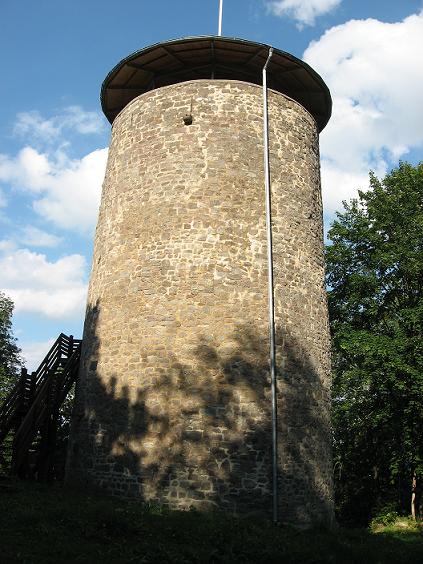 Comments:
Yes, I thought it was going to be Scotland from thr title. What an amazing keep!

I love Otto the Quarrelsome. ;)

Oh dear, that accident sounds horrible. What a dreadful way to die. :-( It reminds me of that famous entry in the Anglo-Saxon Chronicle for AD978, I think, when some of the great men of England fell through a floor which gave way and were killed or injured, but the archbishop Dunstan was saved because of he was standing.

Anerje, we have our border reivers, too. *grin* Some of the local nobles took to highway or high-river robbery on occassion. Though there's no documented case for Reichenbach.

Kathryn, Otto der Quade (dialectal for Quarrelsome) is a character I keep coming across in my area. Last weekend I finally visted his burial at Wiebrechtshausen, a nice little Romanesque church with a Gothic annex where his tomb is - he had managed to get himself excommunicated and had to be buried outside the church, and only when the ban was lifted could a building be erected over his grave.

That keep looks like the sort of place one would think twice about attacking (!). Does the name have any connection with the Reichenbach Falls (of Sherlock Holmes fame)? Just wondering if it's one of those topographical names that means something really generic (like 'little river') and so turns up all over the place.

I thought of the accident involving (or not involving) St Dunstan as well, but I see Kathryn has beaten me to that :-) Fortunately that accident didn't feature a latrine (what a horrible way to go), so it could have been worse.

Do I deduce that Otto the Quarrelsome managed to quarrel with the church as well, hence the excommunication?

Otto fought against the prince-bishop of Hildesheim at one point, and I suppose his quarrels with the landgrave of Hessia got him on the wrong side of the archbishop of Mainz as well, so he made enemies on that side. His widow managed to get the ban lifted.