28 Apr 2013
Otto the Quarrelsome: The Lüneburg Succession War
Otto the Quarrelsome had a thing for heritage succession wars, it seems. He had barely solved the first round of the Hessian mess - or rather, it was solved for him - when he got himself embroiled in the war about the heritage to the duchy of Braunschweig-Lüneburg. Well, this time it sorta remained in the family and Otto acted on behalf of his cousins once removed; at least that was the reason he gave. 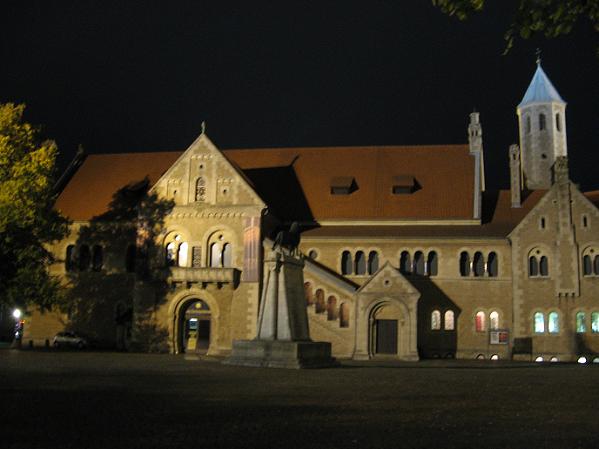 OK, let's go back on those geneaologies a bit. We remember that Albrecht I of Braunschweig-Wolfenbüttel was the father of Albrecht the Fat who had a bunch of sons with Rixa of Werle. One of those was Ernst (1305-1367), the father of our Otto, another was Magnus (1304-1369; married to Sophie of Brandenburg of House Ascania), who had a son Magnus (you guessed that, right?), nicknamed Torquatus, who in turn had several sons, among them Friedrich and Bernhard - Otto the Quarrelsome's cousins once removed.

For the next step, we need to go back to Albrecht I again who had a brother, Joahnn of Braunschweig-Lüneburg; aka Old House Lüneburg. He was married to Liutgard of Holstein and had a son named Otto the Strict, who married Mathilde of Bavaria with whom he had several sons, among them another Otto, and Wilhelm. Those two brothers shared in the rule of the duchy, and Wilhelm (1300-1369) continued alone after Otto's death. But both brothers didn't manage to produce a surviving male heir, though Wilhelm had a daughter. 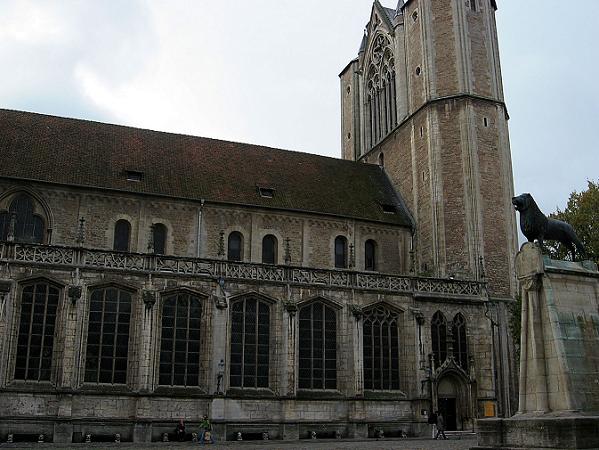 Braunschweig Cathedral
You still with me? Good. *hands out brownie points* Well, after the death of Wilhelm, there were several candidates for the succession, among them Albrecht of Sachsen (Saxony)-Wittenberg, the son of Wilhelm's daughter Elisabeth and Otto of Sachsen-Wittenberg († 1350) of House Ascania; and Magnus Torquatus.

Like the Welfen, the Ascanians were an old family whose documented origins date back to the 10th century, and there was a bit of a rivalry between both families. The Ascanians, too, had split into several lines; one of them were the prince electors of Sachsen-Wittenberg.

Emperor Karl IV considered the Lüneburg fief as fallen back to him, and he wanted to decide who'd inherit it. His pick was Albrecht who was supposed to rule together with his uncle Wenzel (Wenceslas; a younger brother of Otto). Magnus Torquatus did not like that and tried to remedy matters at the head of an army of knights and squires. The towns of Hannover and Lüneburg declared for Albrecht (the Welfen politics wasn't exactly town-friendly) and so there soon was a full-fledged war. Magnus fell in battle in 1373, leaving behind two young sons, Friedrich (born 1357) and Bernhard. 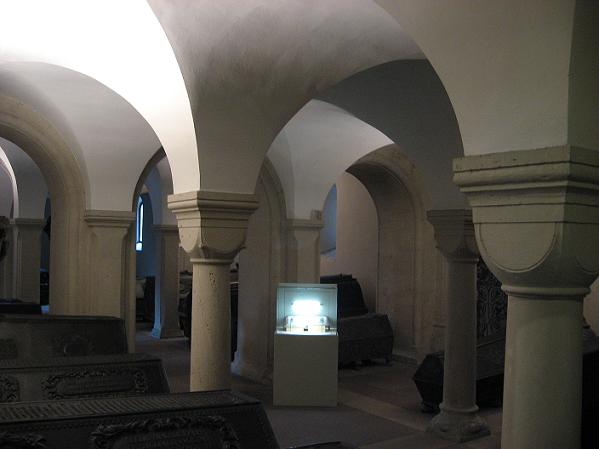 Braunschweig Cathedral, crypt
After Magnus' death, peace negotations were conducted and Magnus' widow, Katharina of Anhalt-Bernburg, married Albrecht who was going to rule the duchy, while her sons Friedrich and Bernhard married daughters of Wenzel and kept a claim to Braunschweig-Lüneburg via possible offspring.

But Otto the Quarrelsome took the chance to intervene on behalf of his cousins and indeed managed to gain Braunschweig, the main seat of the Welfen. He ruled Braunschweig from 1374-1381 and played a net of alliances no one really understood. The town didn't like that much - Otto had a talent to not get along with towns - and would have prefered Albrecht. And then Friedrich also stood up against his guardian and started making political moves of his own, conquering Lüneburg in 1388.

In the end, Otto renounced his claim in exchange for money as he did in Hessia. Friedrich would become Duke of Braunschweig-Lüneburg in 1389 and keep those lands in the hands of the Welfen. 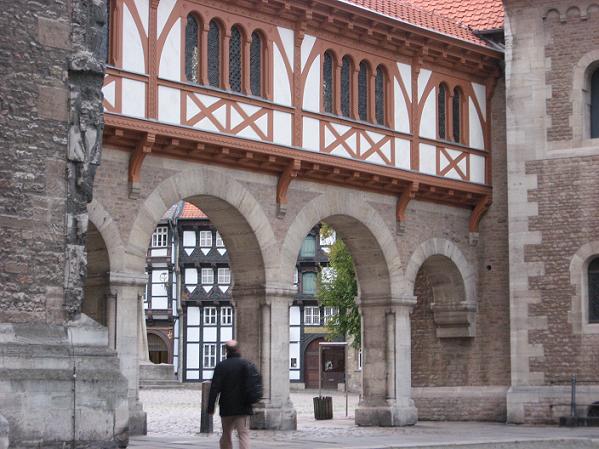 The walkway between the castle (left) and the cathedral, used by the ducal family
Friedrich was assassinated upon return from the imperial elections in Mainz in 1400. The man behind it was a sheriff of the archbishop of Mainz, Count Heinrich VII of Waldeck. Friedrich and the archbishop had quarreled about who was to become the next German king after several dukes has ousted Wenceslaus 'the Lazy' of Luxembourg. The archbishop's candidate, Elector Palatine Rupert, won that election. And here's another English connection: Rupert's son Ludwig (Louis) was married to Blanche of England, daughter of Henry IV.

The duchy of Braunschweig-Lüneburg went to Friedrich's brother Bernhard whose offspring continued the Middle House Lüneburg-line. 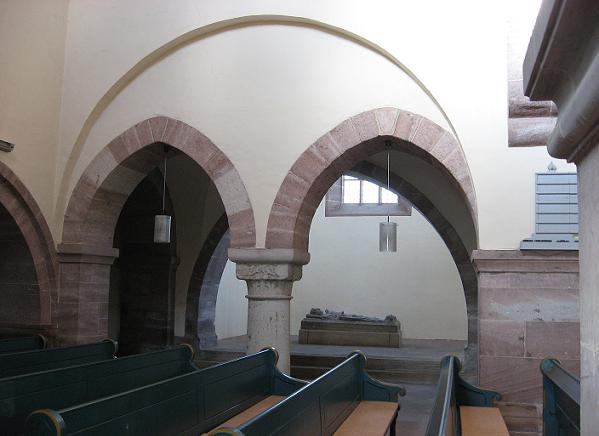 The church of Wiebrechtshausen,
view into the burial chamber of Otto of Braunschweig-Göttingen
I should continue with Otto's quarrels with Göttingen, but I don't have any photos of my hometown to go with it, and right now there's a big hole with busy moxies in front of the town hall and the church founded by Heinrich the Lion is hiding behind a scaffolding. I should have done a photo tour long ago but somehow the own place can always wait.
¶ April 28, 2013

Much more interesting than any tv show! :)

What the heck is a Prince Elector?

Gabriele, is this the tomb of Otto of Braunschweig-Göttingen? In the photo depicting the burial chamber?

Stag, there were 7 Prince Electors who elected the king, 4 secular princes (the count palatine of the Rhine, the duke of Saxony, the margrave of Brandenburg and the king of Bohemia) and 3 ecclestical ones (the archbishops of Mainz, Cologne and Trier). They existed since the late 10th century but became really powerful only after the fall of House Staufen; prior they usually confirmed the chose succession of the reigning king in the male line - though they tried to gain from this favour more than once, financially and by obtaining privileges.

Kasia, yes, it is the tomb of Otto of Braunschweig-Göttingen aka Otto the Quarrelsome. :)

Thank you, Constance and Harold.