16 Aug 2013
Neolithic Orkney - The Ring of Brodgar
Orkney is rich in Neolithic sites, and the area between the Ring of Brodgar, the Standing Stones of Stenness, and Maes Howe in particular so. On the landbridge separating Loch Stenness and Loch Harray, the Ness of Brodgar, a Neolithic settlement is being excavated, with cool new finds popping up almost daily. Those guys and gals must love playing in the mud right now. *grin* 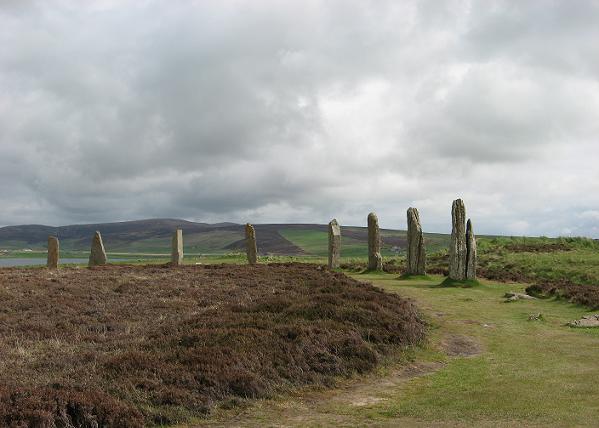 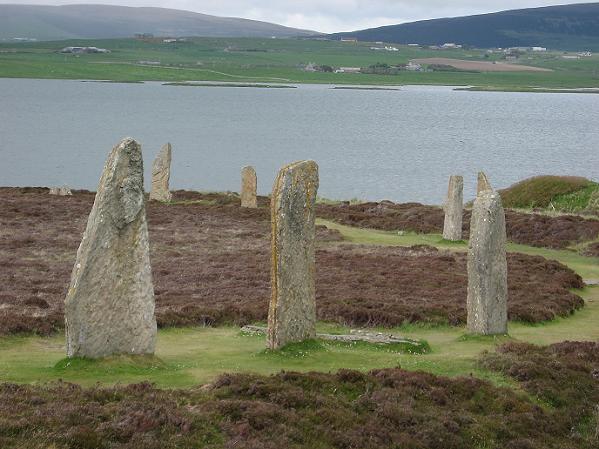 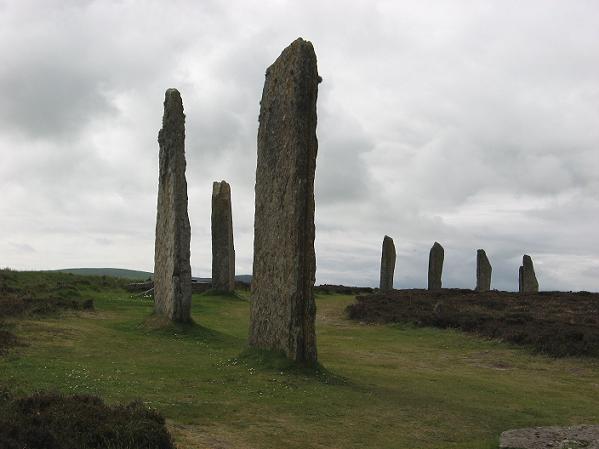 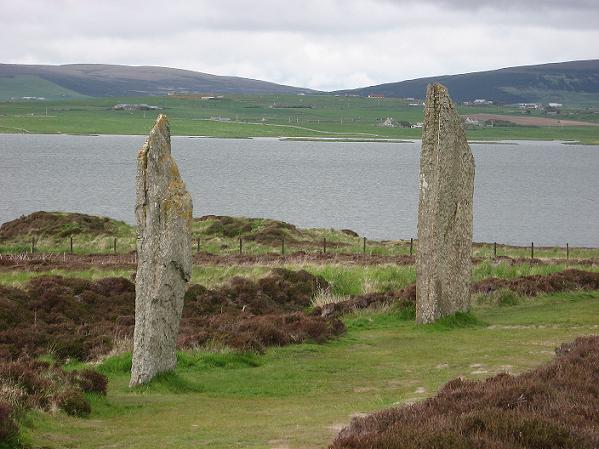 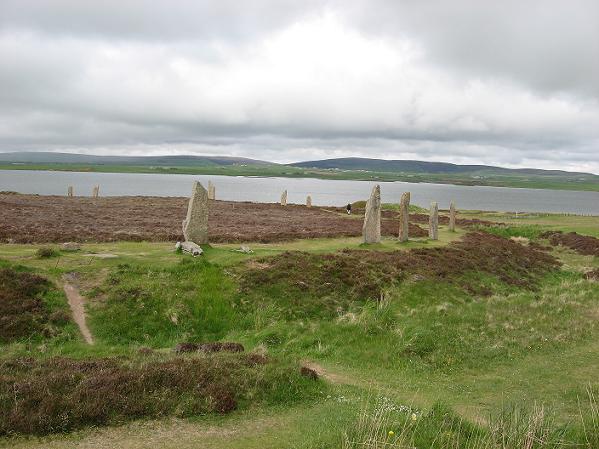 Next time we'll look at the Neolithic landscape and culture of the place.

Comments:
I've never been to Orkney, sadly. How fascinating that these sites are being found! So exciting.

Oh, I like these pictures! Gets the writing juices flowing. :)
Are they thinking of doing any excavating?

Thank you, Kathryn and Kasia.

Constance, I don't think so. The place is not undisturbed and they've found that settlment at Barnhouse which should deliver much better information.

It looks marvellous, especially sited so close to the sea. It's easy to imagine that a narrow finger of land between two lochs would be a special sort of place. Do we know if the coastline was the same in the Neolithic as it is now?

Carla, Loch Stenness did not exist in Neolithic times; there was a swamp. More about it in my next post.

Love these wonderful photos of yours, Gabriele - there's something just so incredibly evocative about standing stones...

Weren't the Orkney Isles shaped by the Storegga Slide tsunami which destroyed the landbridge between Scandinavia ans Scotland in prehistoric times? I believe there is quite a bit of underwater archaeological work going on in the area around the Orkneys, looking for remnants of this landbridge, known as Doggerland.

Anerje, I haven't looked into the Doggerland stuff in detail, but that must have happened before the Neolithic culture took hold on the islands. It didn't take much for the sea to breach the narrow finger of land between what now is Loch Harray and Loch Stenness (which was thereby created). That tsunami must have been much worse and gone together with a general rise of the sea level over the following time, since else the land would have reappeared.